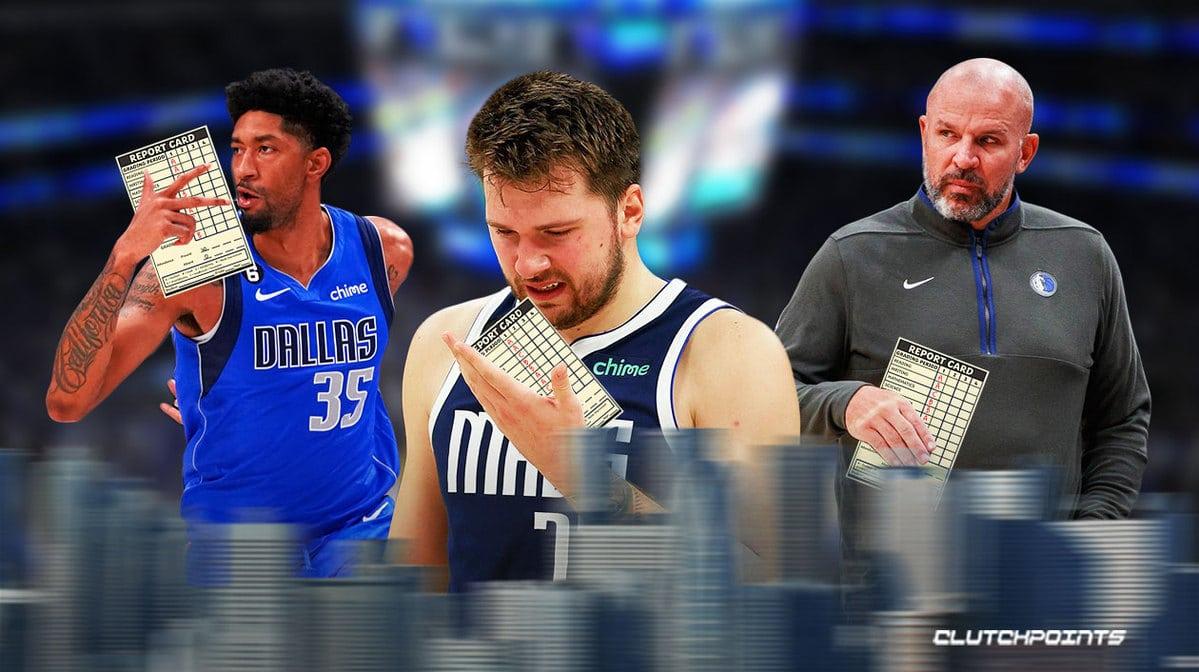 The Dallas Mavericks should look a little bit different come the trade deadline. With a 10-11 record and sitting just outside the play-in tournament in the Western Conference, it is hard to imagine Mavs owner Mark Cuban is satisfied with his team at the quarter mark of the 2022-23 NBA season. For now, it is time to hand out some Mavs grades after this disappointing first quarter.

After being a consistent playoff threat since Luka Doncic was drafted to the team and reaching the Western Conference Finals last season, the Mavs now find themselves in danger of missing the postseason if they continue to pick up bad losses. The squad is just 1-8 on the road to start the season — good teams do not struggle in hostile environments like this Mavs team does.

While Doncic has been phenomenal and a top MVP candidate, many of the role players have really struggled, with guys like Tim Hardaway Jr., Reggie Bullock, and JaVale McGee stinking up the joint and earning failing grades. Dorian Finney-Smith and Maxi Kleber are also shooting below their norms. Spencer Dinwiddie and Josh Green have been bright spots, but we’re going to focus on the three main characters for Dallas here.

Here are our grades for the most important Mavs at the quarter mark of the NBA season.

No matter how poorly the Mavs play, if they can sneak their way into the playoffs, no team wants to see them. There is just one reason for that: Luka Doncic.

While playing the most minutes per game of his entire career, Doncic currently leads the league in points, putting up 33.5 points, 8.8 rebounds, and 8.6 rebounds per game. He has undoubtedly been the best offensive player in the league and could win his first MVP trophy if he can keep the Mavs afloat purely with his individual brilliance.

He’s shooting a career high 50.5% from the field, although just 31.5% from beyond the arc on 7.7 attempts per game. He has been eating up his matchups in isolation, whether he gets to that patented stepback triple or penetrates deep into the paint and kicks to his 3-point shooters. He has a 38% usage rate, a career-high number — on the offensive end, everything is running through Luka Doncic.

The Mavs have been underwhelming to start the season, but Doncic cannot be the one to blame. The only reason the MVP candidate does not receive an A+ is because his defense has been predictably poor and that 3-point shooting is subpar. While shouldering such a large offensive burden, it is no surprise to see Doncic be a net negative on the defensive end.

This team is having issues closing games late, and often, you can point to the coach in those scenarios. Opposing defenses trap Luka Doncic, putting two on the ball, to get the ball out of his hands, because, who wouldn’t? This leaves a 4-on-3 opportunity for the Mavs, but the rest of the roster has not been able to consistently capitalize on these opportunities. Take a look at this Maxi Kleber turnover late in the recent Mavs loss to the Pistons that had Doncic seemingly ready to punch a wall:

Kleber, Finney-Smith, and Bullock have their own limitations in that they cannot create shots for themselves, but they are still professional NBA players. They have to be able to take advantage of 4-on-3 situations, and it starts with the coaching. On the short roll, guys like Kleber or Christian Wood often look so indecisive, unsure of where to swing the ball to or whether to make a play at the rim. Kidd has to find a way to put these guys in positions where they are comfortable, especially knowing Doncic will continue to see traps as the season goes on.

There has also been plenty of weirdness going on with Wood and Kidd so far this season, which also contributes to this mediocre mark.

The Mavs lost their steadying force in Jalen Brunson in the offseason, but hoped to gain some of that back by acquiring Christian Wood. Brunson was often able to get to his spots in those 4-on-3 situations, and offensively, Wood has been able to do some of the same stuff. He is the second-most talented player on this Mavs roster, as we saw in his 16 straight points outburst against the Phoenix Suns earlier in the season.

Wood just recently began to start games, a decision that left fans scratching their heads as to why it took so long. In just 25.6 minutes per game, Wood is putting up 16.3 points and 7.7 rebounds per game on 40.3% shooting from 3-point range. This guy can ball.

But offense has never been the problem for Christian Wood. His lack of defensive IQ makes it hard for Kidd to trust in late-game scenarios, cutting into his minutes. Wood has the tendency to run around like a headless chicken on the defensive end, often getting caught ball-watching or dying on back screens when opposing teams run the Spain pick-and-roll. Sometimes, the Dallas bench is visibly frustrated at Wood missing his rotation, resulting in an open layup or jumper.

Wood is an offensive stud, putting Kidd in a conundrum where he has to choose between providing Doncic with a secondary creator but surrendering defensive utility.