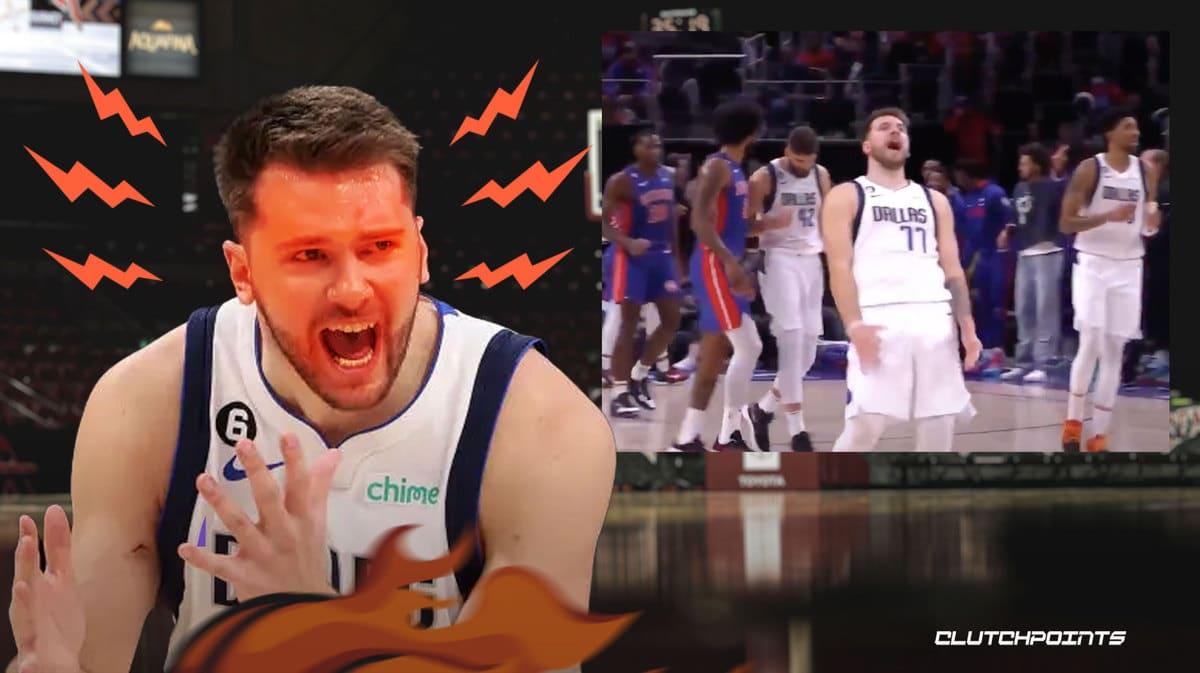 Luka Doncic did everything he could (apart from shoot free throws well) to lift the Dallas Mavericks on the road against a Detroit Pistons team that entered Thursday night with a 5-18 record. Doncic dropped 35 points and 10 dimes on 13-25 shooting from the field and a scorching 7-14 from beyond the arc, but it wasn’t enough as the Pistons took home a 131-125 victory in overtime thanks to Killian Hayes’ late-game heroics.

One play in particular proves to be such a microcosm of the Mavs’ season thus far. With 2:20 left in overtime and the Mavs up by one, 123-122, Luka Doncic was orchestrating the Mavs’ classic spread pick-and-roll with Maxi Kleber. The two defenders in the play, Marvin Bagley III and Bojan Bogdanovic, trapped Doncic to get the ball out of his hands. Doncic made the right play and passed the ball to Kleber on the short roll. But a playmaker Kleber is not.

Maxi Kleber ended up throwing away the ball, as he zipped a pass to the corner while Tim Hardaway Jr. had other ideas and cut towards the hoop. The ball sailed out of bounds and Luka Doncic knew it was a drastic momentum shift. The Slovenian superstar subsequently let out his frustrations, perhaps wondering what more he could have done to carry the floundering Mavs.

While the game was far from over at that point, Jaden Ivey nailed a three right on the ensuing possession, giving the Pistons a two-point lead. Christian Wood may have tied the game at 125 the next trip down, but that only set up Killian Hayes’ cold-blooded threes right in the faces of Mavs defenders.

To make matters worse for Maxi Kleber, he ended up smoking a layup at the end of the game with a win out of their reach.

The Mavs fall to 10-11 on the season after this crushing loss, a far cry from where they expect themselves to be, despite Luka Doncic’s nightly averages of 33.6 points, 8.7 rebounds and 8.7 assists across 20 games. The supporting cast has to step up soon, or they could be major changes afoot.