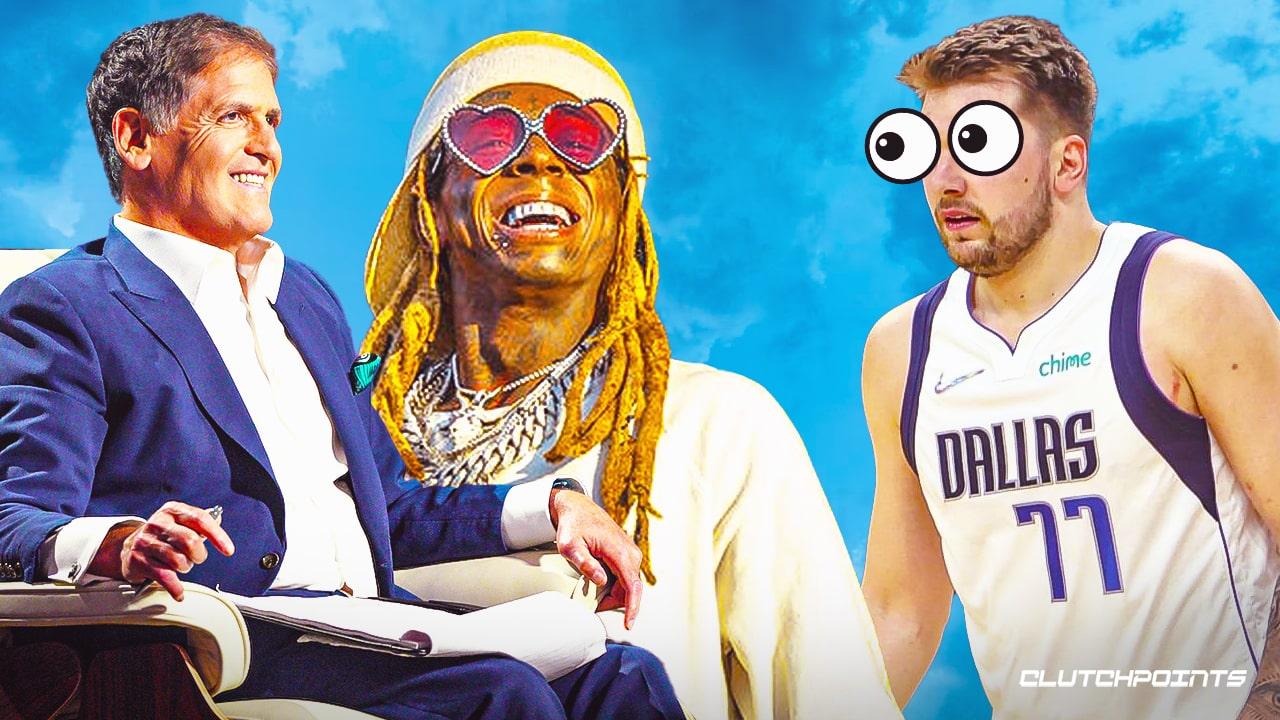 Rapper Lil Wayne, who is a good friend of Phoenix Suns star Chris Paul, took to Twitter during their series with the Dallas Mavericks and said “Luka a ho”, referring to Mavs star Luka Doncic. Mark Cuban savagely responded after Dalla knocked CP3 and the Suns out of the playoffs, but Wayne fired back with even more aggression.

Well, it appears the two have squashed their beef since. Cuban and Wayne were seen talking to each other during halftime of Game 2 on Friday night in the Bay Area.

It didn’t look like an aggressive exchange and they even shook hands. It’s safe to say the Mavs owner made amends with the New Orleans legend. The reason Wayne was mad in the first place is because Doncic kept drawing fouls on Paul, which frustrated the rapper.

But, even with the Suns eliminated, he’s still fully engaged in playoff basketball. It’s unknown if he’s cheering for the Mavs or Warriors, though. Golden State currently holds a 2-0 series lead after a comeback win on Friday, despite Luka going off for 42 points while Jalen Brunson dropped 31.

Game 3 is scheduled for Sunday in Dallas. We’ll see if Lil Wayne shows up courtside to support Doncic and the Mavs.