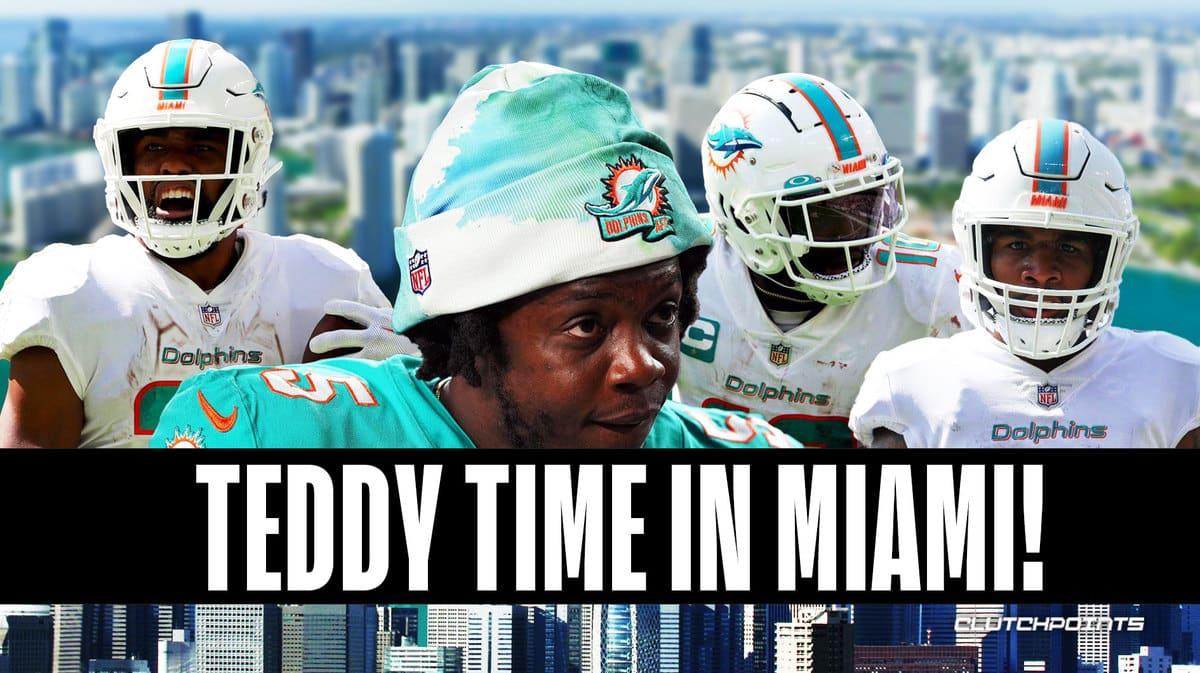 The Miami Dolphins will look quite different as they travel to East Rutherford and take on the New York Jets at the MetLife Stadium in Week 5. Miami will look to bounce back from their first loss of the season but without star QB Tua Tagovailoa. Here are our Miami Dolphins Week 5 predictions as they take on the Jets.

Yes, losing Tagovailoa to a head injury is a devastating loss given how brilliantly he has played this season. On the flip side, the silver lining is that Miami made an investment in the backup quarterback position this offseason. Teddy Bridgewater will take over in Week 5. He is an eight-year veteran with a career record of 33-30 and a Pro Bowl appearance.

On Sunday, he should have no issue guiding the Dolphins on scoring drives. Take note that in 2022, the Jets are currently allowing 14.1 yards per reception to opposition wide receivers. They will face Tyreek Hill and Jaylen Waddle this week, and that will mean big numbers. Those two will make a huge difference.

With that in mind, here are our four bold predictions for the Miami Dolphins in their Week 5 game against the Jets.

Getting big numbers from the Dolphins receiving corps is a given. Let’s take it a step further by saying that their run game should shine as well.

Keep in mind that Raheem Mostert and Chase Edmonds have each played one game against the Jets and have totaled 11 running attempts. In those games, they combined to rush for 128 yards and two touchdowns on 11.63 yards per run. They’ve also contributed a total of seven receptions for 71 yards. Those games also resulted in victories for their respective clubs.

Entering Week 5, Mostert is coming off a season-high 81-yard performance. He should be the Dolphins’ main rusher in this outing. As for Edmonds, he’s averaging over 20+ rushing yards per game. He should get that and a bit more against the Jets, whose run defense is middle-of-the-pack so far.

3. Cheetah on the run anew

Star wideout Tyreek Hill of the Miami Dolphins leads the NFL in receiving yards. In his career, he’s faced the Jets three times. He’s 2-1 versus them and averages 103 yards per game. In those three games, he has had four touchdowns and has averaged 23.8 yards per reception. Hill was almost a Jet this summer, but he selected Miami instead. That should add a unique wrinkle to this matchup.

Hill recorded at least 10 catches and 150 yards in a single game five times during his six-year tenure with Kansas City. He’s already done it twice in four games with Miami. He will go on the run again here, and the Jets won’t catch him. Expect the Cheetah to go over 150+ yards with one touchdown in Week 5.

While Tua Tagovailoa recovers, the Dolphins will go with (mostly) steady Teddy in Sunday’s game against the Jets. Bridgewater performed admirably against the Bengals, but for one egregious interception. He’ll get another shot to prove himself here.

Teddy Bridgewater meets with the media.

Bridgewater is also a Miami-raised native, and that should give him added motivation to do well as their Week 5 starter. He was all smiles while discussing the chance he now has. 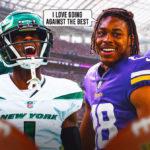 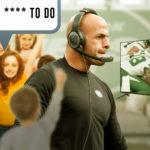 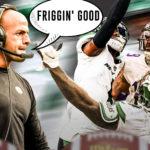 “I just take it one day at a time. Because at the end of the day, I look at all this as a blessing,” he recently told DolphinsWire.

He has the skill and experience to excel in Week 5. Put him down for 200+ yards and two touchdowns against the Jets.

It’s worth noting how dominant the Dolphins have been in the past versus the Jets. Over the previous nine meetings with New York, Miami is 8-1 overall. Remember that each of Miami’s two wins in this divisional encounter last season came by a touchdown. However, they should win more easily in Week 5.

When it comes to divisional opponents, the Jets just do not live up to expectations. In their previous eight games against AFC East opponents, they have done poorly. The Dolphins are also hungry to bounce back and have a backup QB who could be a starter on many other teams. Don’t worry, Dolphins fans, your team will roll back into the win column in Week 5.