In this piece, we’ll be looking at the legendary play-by-play commentator’s net worth in 2022. Mike Breen is one of the most iconic and recognizable voices in NBA television. 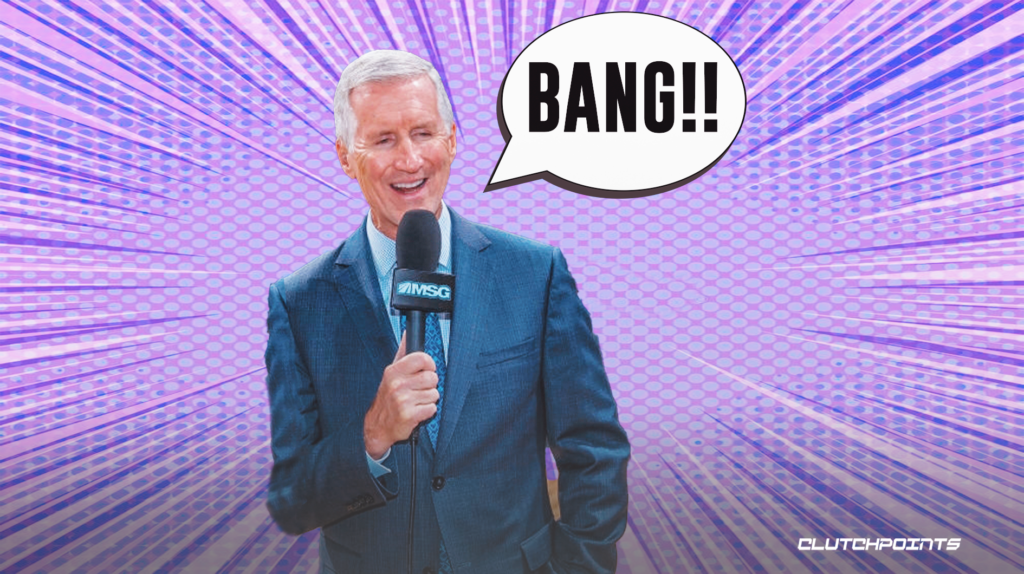 Mike Breen’s net worth in 2022 is $1.5 million. This is according to numerous reputable sources, including Idol Net Worth.

Michael Breen was born in Yonkers, New York, and graduated college at Fordham University in 1983.

His glittering broadcasting career started with the WEOK/WPDH radio as a commentator for the Marist College Red Foxes, as well as a newscaster.

Breen moved on to work for WFAN, where he was initially a radio broadcaster first from 1992 to 1997. Breen would go on to be promoted to play-by-play commentator as “the voice of the New York Knicks” Marv Albert was terminated from the company. Breen was the Knicks play-by-play guy until 1999 as Albert returned, reducing Breen’s role to an understudy. The former went on to take the post as Albert was terminated from the company again in 2004.

When one thinks of iconic NBA calls, they’d usually think of Breen’s “Bang”, or “Bang, Bang” for particular moments. Indeed, this line has become synonymous with Breen and is what has put him on the map. His voice has accompanied some of the most iconic moments in modern NBA history. Steph Curry’s 35-foot dagger against the Oklahoma City Thunder in the 2016 WCF, for example, was made all the more memorable by Breen’s “Bang, bang” call. He was also a key part of 2012’s Linsanity, as he called Jeremy Lin’s famous game-winner against the Toronto Raptors; this game, called by Breen, put Lin on everyone’s radar and kickstarted the Chinese-American’s insane run of form. Most recently, he oversaw Luka Dončić’s incredible step-back buzzer-beater against the Los Angeles Clippers in the 2020 Playoffs.

His most well-known “Bang” call came with one of the greatest shots of all time, as he called Ray Allen’s game-saving three-pointer against the San Antonio Spurs in the 2013 NBA Finals. All of this, funny enough, helps contribute to Mike Breen’s Net Worth in 2022.

Of course, that’s not what he always says in big moments; that’d make him a boring play-by-play guy. No, he has more catchphrases up his sleeve. For instance, his “Puts it in” has also accompanied its fair share of big NBA moments. He used this catchphrase to cap off Carmelo Anthony’s clutch three-pointer in overtime against the Chicago Bulls at home.

Yet another catchphrase that Breen uses is the simple “It’s good”, although it seems that he’s got this one reserved for one specific player’s biggest moments, that player being Kyrie Irving. In fact, Mike Breen has commentated on two of Kyrie’s most iconic moments and has used the same call for both. He commentated on the 2016 NBA Finals, as well as the 2016 Christmas Day game between the Golden State Warriors and the Cleveland Cavaliers. Irving, of course, hit the two biggest shots of both games, with one being arguably the biggest shot in NBA history.

Things are not quite as peachy between Breen and Irving as of recent times, however. Breen has recently taken a shot at the Brooklyn Nets point guard regarding the latter’s comments about the media.

“I am here for peace, love and greatness. So stop distracting me and my team, and appreciate the art. We move different over here. I do not talk to pawns. My attention is worth more.” – Kyrie Irving on the media labelling him a “disruptor” to the Brooklyn Nets.

Going back to the topic at hand, though, Breen is one of the most tenured commentators that the league currently has. The 2021-22 season actually marks his 30th year as a play-by-play commentator for the NBA. He’s also called WNBA games for a brief period up until 2002, as well as some Olympic games. He has called the men’s and women’s basketball events in four Summer Olympics from 1996 to 2008, as well as ski jumping in the 1996 Winter Olympics.

The tenured commentator has collected several nominations and accolades from his body of work. Breen was nominated six times for Outstanding Sports Personality (Play-by-Play) by the Sports Emmy Awards. He was also awarded the Broadcaster of the Year in 1998 by the National Sportscasters and Sportswriters Association. Most recently, he has been inducted into the Naismith Memorial Basketball Hall of Fame while being given the Curt Gowdy Media Award.

Were you at all stunned by Mike Breen’s net worth in 2022?