The Diamondbacks look to avoid the sweep in San Diego! It’s time to continue our MLB odds series with a Diamondbacks-Padres prediction and pick.

Who doesn’t like free baseball? The Diamondbacks and Padres went 11 innings last night as the Padres scored on a walk-off single from Jorge Alfaro to claim the series. That was Alfaro’s second walk-off of the season and the Padres are now looking for the 3-game sweep over their divisional rival. The Diamondbacks are struggling right now as they play in a very tough division. Arizona is just (32-38) on the year but is playing far better than anyone projected at the start of the season. As for the Padres, they are (43-27) and are tied with the Los Angeles Dodgers for first in the NL West. The Dodgers have a slight edge in win percentage at .621 to .614.

On the mound today for the Dbacks is veteran southpaw Madison Bumgarner. Bumgarner has slightly turned back the clock this season as the former San Francisco star is pitching well again. He is only (3-6) on the year, but his ERA is respectable at 3.45 in 70 innings of work. If he can pitch at least five innings or even a quality start against the Friars today, then the Dbacks will have a chance to cover this spread.

The offense is starting to click for the snakes. They have failed to score in this series … mostly because of the Padres’ elite pitching. But prior to this series, the Dbacks scored 22 combined runs over their last four games. Christian Walker is the only power hitter in that lineup as Ketel Marte is dealing with a lower leg injury. Marte played last night, but as the DH. Walker has 18 home runs and 36 RBIs to lead the team. Daulton Varsho played very well during the month of May and has a WAR of 1.4. Walker has a WAR of 2.1 to lead the team as well.

The Dbacks will need to find a way to score runs early because even though the Padres’ bullpen pitched well in two games this series, overall that are the weaknesses of this team. The Dbacks know that they must force the Padres’ starter out of the game.

After getting swept by the Colorado Rockies in the previous series, the Friars want to bring out the brooms for themselves. San Diego knows how important this game is knowing they don’t have their two superstars.

Taking advantage of what is in front of you is important in baseball because of how long the season is. Every game does matter and if you are dealing with injuries, it could change your entire season around. That is what the Padres are dealing with right now. Manny Machado dodged a massive bullet when it was announced his ankle was not broken. He is listed as day-to-day, but we all know it will be a few weeks before the MVP candidate is back out there. The Padres are 2-0 without him in the lineup so that is a good sign.

Will there be sunshine in San Diego this afternoon? You bet there will be. Mike Clevinger will start for the Padres today in his first start back off of the Covid-19 list. Teammate Joe Musgrove will get the start tomorrow against the Philadelphia Phillies after also coming off the list. Clev hasn’t had the best start to the season, however, as he is finding his groove after his second Tommy John surgery. In 19 innings, Clevinger is (1-0) with a 3.79 ERA. This should be a favorable matchup for him to see what he has in store.

The pitching could go both ways in this game. I expect the starters to pitch decent, but since it’s a day game, I also expect there to be more runs. Take the over here as the bats should finally get going in the San Diego sun. 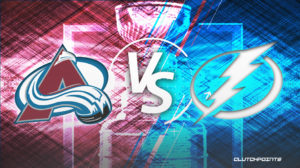