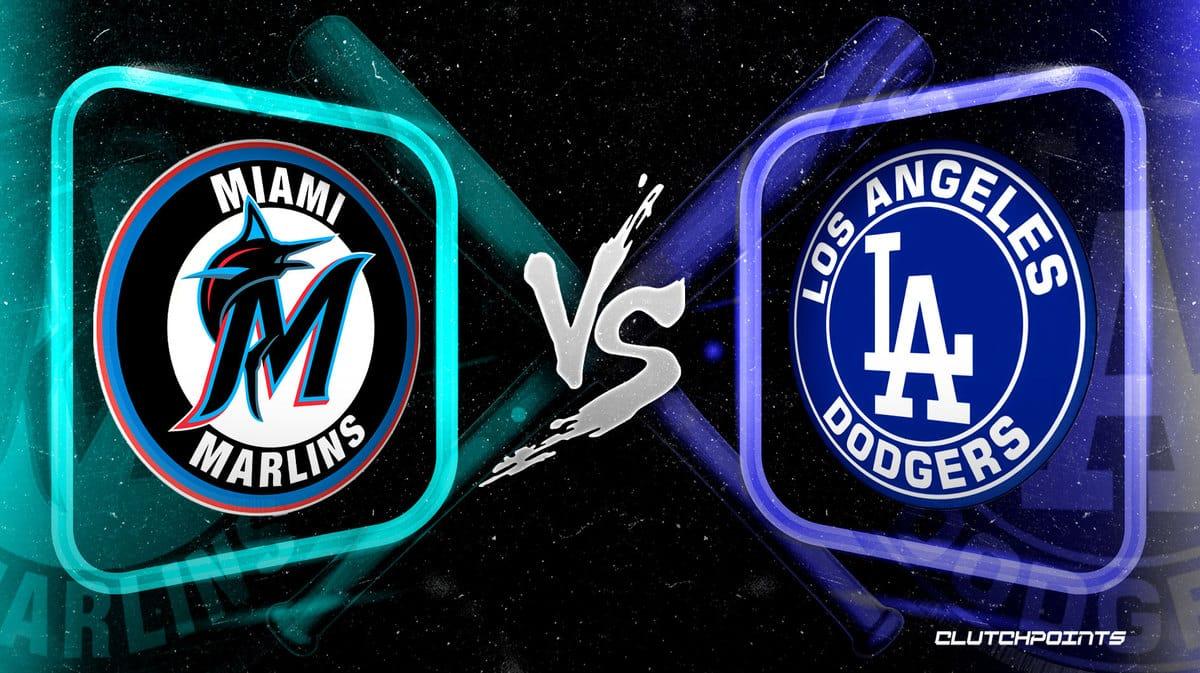 The Miami Marlins take on the Los Angeles Dodgers. Check out our MLB odds series for our Marlins Dodgers prediction and pick.

We have a very late update to this betting preview below:

Braxton Garrett was supposed to get the assignment for the Marlins, while Dustin May makes a highly-anticipated start for the Dodgers.

Braxton Garrett is part of a promising young core for the Marlins. Miami has a starting rotation which, if kept intact, is primed for a big year in 2023. The Marlins have National League Cy Young favorite Sandy Alcantara as their ace. Pablo Lopez was very strong early in the year before losing steam more recently. Jesus Luzardo dominated the Dodgers Friday night before the bullpen blew his 1-0 lead. If he pitches like that, the Marlins will have a keeper next year. Garrett joins those arms as a pitcher with a ton of upside.

Garrett’s 2022 season is exactly what a team wants to see from a young pitcher. Garrett posted a 5.24 ERA in his first month of competition back in June. In July, he pitched to a 3.00 ERA. In August, 2.76 through three starts. Garrett pitched six scoreless innings against the world champion Atlanta Braves last Sunday, Aug. 14. He produced three separate starts in July in which he allowed no more than one run. He is learning how to pitch, and he has posted enough good starts against decent competition to make experts think that his ceiling is higher than first thought.

UPDATE: Just a few minutes after this article was originally published, Garrett was scratched from this scheduled start:

RHP Bryan Hoeing will start for #Marlins. We shall see if #Dodgers alter lineup. Trayce Thompson is slated to start in LF.

Dustin May had Tommy John surgery last May. The redheaded fireballer was a reliever when the Dodgers won the World Series in 2020, but since Walker Buehler is out for the season and Clayton Kershaw is on the shelf, the Dodgers need to eat some innings. May is therefore getting the start, a moment Dodger fans and executives will closely monitor. Would it be great if May dominates the Marlins? Sure it would, but the Dodgers are focused on May becoming a smarter, more effective pitcher. Throwing hard doesn’t guarantee success. It would actually be good if May works through some tough situations and gains valuable information, so that he can be a more battle-tested pitcher whom the team will need in October.

Courtesy of FanDuel, here are the Marlins-Dodgers MLB odds.

We have no idea what to expect from Dustin May, but we do have an idea of what to expect from Braxton Garrett: good pitching. He might not dominate, but he should definitely keep the Marlins in the game. If Dustin May is not sharp — which is very possible in his first big-league game since his surgery — Miami is in very good position to take advantage and win.

UPDATE: Bryan Hoeing, making his major-league debut, might be set up to fail, but the Dodgers have absolutely no idea how he pitches. If the Marlins can get a few early runs, the Dodgers might need one or two times through the order to adjust to Hoeing, by which point Miami might have a multi-run lead it can carry into the fifth or sixth inning.

Dustin May doesn’t have to be spectacular, and moreover, he can’t think that way. As long as he can mix in some off-speed pitches with his 101-mile-per-hour heat and establish good location, he should be able to contain a Miami batting order which has struggled mightily throughout the 2022 season.

That point aside, the Dodgers were smothered by Jesus Luzardo on Friday night. That’s another game this week in which the Dodgers have struggled at the plate. A breakout game from the bats can’t be too far away. It’s hard to keep this team down very long.

Dustin May is a total wild card, making this a definite stay-away game. If you like any angle here, the over is a low number, but again, you should watch Dustin May before betting in a game he plays, for or against.

UPDATE: With Braxton Garrett getting scratched, the over becomes a great ticket if you can somehow get a number below nine.