NBA 2K21 next-gen features that have us all excited

We’re all excited to get our hands on the PS5 and Xbox Series version of NBA 2K21, especially us who have the Mamba Forever Edition (which pays great homage to Kobe, by the way). We’ve already played the current-gen version, and it’s been swell so far. But there are just some features that will make us drop our controllers in favor of the new one in the next couple of days.

The most obvious difference is the huge leap in graphical fidelity. While the current-gen has made leaps and bounds in terms of graphics upgrades, next-gen is just on a whole new level. Check out the side-by-side graphical comparison of the PS4 version versus the PS5 version by Youtuber kforkevo below:

The added realism in NBA 2K21 can even pass its images for real, like actual photographs with an unusual Instagram filter. We’re finally exiting the uncanny valley and are being treated with genuinely realistic-looking renders.

The ray-tracing technology makes everything even more realistic with its accurate depictions of light and reflections. The sweat simulation is just the icing on the cake.

The next generation of consoles also gives you more control on how the players move. There have been slight adjustments to the shot control as well as layup release, giving you the most influence you ever had in shooting the ball to the ring. Ball handling and physics have also changed, being improved to be much more realistic, giving you more accurate trajectory arcs for your long threes.

The more complex movements that comes with the improved controls also introduces new animations. More advanced players will be able to show off their skills with the way they flick the control sticks. Even the pressure and speed of your flick will matter – allowing players to pull off slick tricks on the court.

The next-gen versions of NBA 2K21 also allows for finer control of your player. Thanks to the more sensitive controllers, you’d be able to make very incremental movements. You’ll no longer move a whole feet away if you just wanted to step-back to get behind the arc. There will be no more unintended turns that usually destroys plays, ending in turnovers.

Hop steps are also getting a revamp in the next-gen version of the game, allowing for more deliberate movements on the court and more convincing fakes and step-backs.

Improving the physics of NBA 2K21 also improves body collision, thanks to the new impact engine. 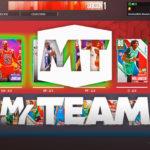 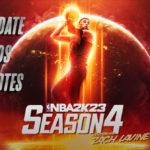 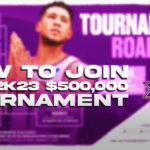 For screens and charges, there’s a new charging system that will prevent people from exploiting charges. Many players had complaints about charging being a bit broken in 2K20, so that has been fixed here. Screens should work as intended now, which makes on-court plays more effective. Similar changes on how charges work will also affect the effectivity of screens.

In short contact dunks, drives, screens, and charges will be much more realistic thanks to the new impact engine.

Not yet excited? Check out the Next-Gen Gameplay by NBA 2K below in all its glory: