With the recent confirmation of Avery Bradley opting to sit out the remainder of the campaign for the Los Angeles Lakers, JR Smith has reportedly emerged as a strong candidate as his potential replacement.

This comes from none other than NBA insider Adrian Wojnarowski:

Bradley has been on the fence about joining the bubble in Florida, and it was just today that he finally confirmed his decision not to participate. Bradley averaged 8.6 points, 2.3 rebounds, and 1.3 assists, while also connecting on 1.3 triples in 24.2 minutes per game. He was a crucial piece of LA’s rotation, and the team will need to find an ample substitute for what he brings to the table. 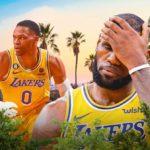 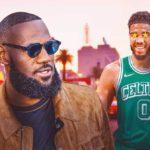 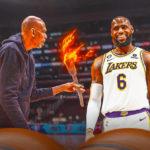 This is where a guy like Smith might come in. The last we saw the 34-year-old in the NBA was during the 2018-19 campaign, where he played just 11 games as a fringe player for the Cleveland Cavaliers. He is an NBA champion, though, and a former Sixth Man of the Year winner. Smith should still have some gas left in the tank to provide some quality minutes for LA off the bench. He has also been teammates with LeBron James in the past, so that should help facilitate his transition with his new side — if the Lakers actually decide to bring him on board.

The Lakers entered the hiatus with a 49-14 record for the top spot in the Western Conference. They remain to be one of the heavy favorites to take the title this season, but it goes without saying that they should expect a few road bumps along the way — both internally and externally.