The Houston Rockets, Atlanta Hawks, Minnesota Timberwolves and Denver Nuggets have agreed to a four-team trade headlined by Clint Capela and Robert Covington.

Per Adrian Wojnarowski of ESPN, the Rockets are getting Covington and Jordan Bell from the Timberwolves. The Hawks, meanwhile, get Capela and Nene from the Western Conference powerhouse.

Furthermore, the Nuggets obtain Gerald Green and a first-round pick from Houston, as well as Noah Vonleh and Keita Bates-Diop.

Minnesota's Noah Vonleh goes to the Nuggets, per source.

More players in the deal: Denver's Jarred Vanderbilt is on his way to Minnesota, league sources tell ESPN. Jordan Bell to Houston.

This is the biggest trade to date before Thursday’s deadline at 3 pm ET.

Robert Covington, seen as one of the best 3-and-D players in the league, has been the subject of various trade rumors for the past few months. Given his defensive ability and smooth stroke from deep, contending teams have kept a close eye on him and maintained a belief that he’s the missing piece to their puzzle. 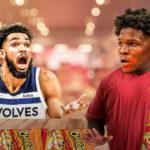 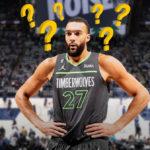 For the Rockets, the trade is an attempt to shake up their roster and bolster their title hopes. While they succeeded in acquiring Covington, they gave up two of their big men: Clint Capela and Nene.

Capela’s departure is the most shocking, as his pick-and-roll game with James Harden seemed to be the Rockets’ bread-and-butter play. From the looks of it, Bell — who carries significant playoff experience from his days with the Golden State Warriors — will likely fill in the big void left by Capela.

The Timberwolves and Nuggets also got what they want, with Minnesota gaining assets as they take another step to their rebuild and Denver fortifying their bench while also getting significant assets that should help them make trades further.

There is still a lot of time left before the trade deadline, and more is expected to come soon as the deadline nears.