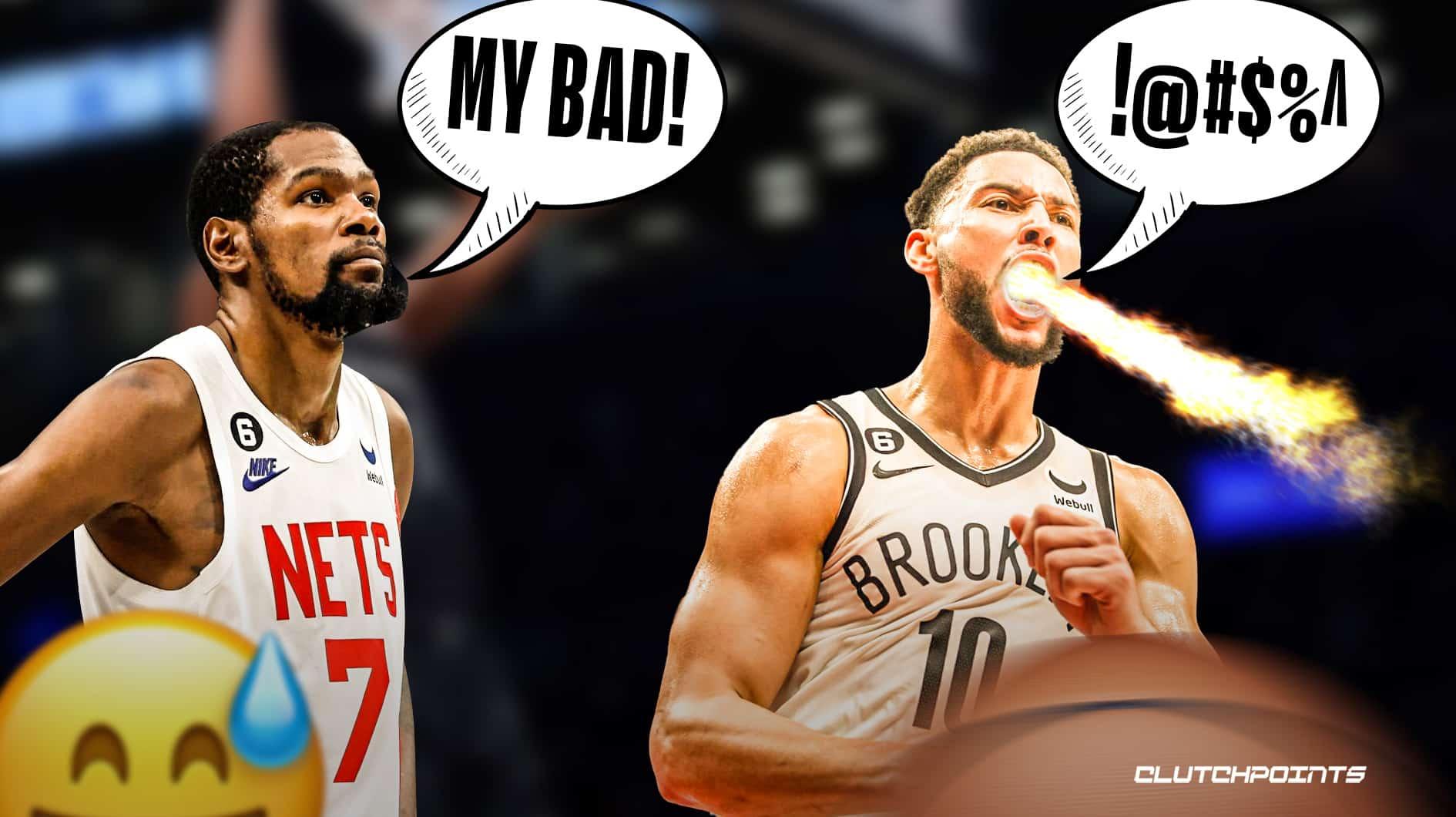 Ben Simmons continued his hot streak Wednesday as the Brooklyn Nets took down the Toronto Raptors in a 112-98 victory. Simmons filled the stat sheet with 14 points, three rebounds, six assists, three steals and two blocks on 7-of-9 shooting.

The three-time All-Star has resembled his old self after returning from a knee ailment, playing a far more engaged and aggressive brand of basketball over his last five games. Simmons has averaged 14.6 points, 7.0 rebounds and 6.4 assists on 33-of-42 (78.6 percent) shooting during the span.

Kevin Durant spoke at length about Simmons’ re-acclimation on his podcast, The ETCs. The former MVP alluded to a play from the Nets’ win over Portland last week in which he passed up an open dunk after Simmons found him on a backdoor cut:

Simmons’ response to Durant’s decision is indicative of the 26-year-old’s shift in mindset over the recent stretch.

“He threw the backdoor and I seen somebody shifting over and I kicked it to Joe in the corner,” Durant said. “He missed the shot and I look up and Ben was like, ‘Dunk the f***ing ball!’.”

Durant said he responded “my bad” to Simmons, acknowledging he was open.

“He’s like, ‘Yeah, dunk that s**t!'” Durant said of his Nets teammate’s response.

This clip of KD talking about Ben Simmons yelling at him after he passed up a backdoor dunk in Portland is hilarious:

“Joe missed the shot and I look up and Ben was like ‘Dunk the f***ing ball!’”

While a humorous anecdote, the interaction is a telling example of Simmons’ level of aggression and engagement during his recent success, especially when many won’t forget him infamously passing up a dunk in Game 7 against the Atlanta Hawks in 2021. Durant, who has carried Brooklyn for the majority of this season, said he welcomed Simmons’ response to his poor decision.

“That’s the type of s**t I like, though,” he said of the back-and-forth banter. “You’re into the game, you’re seeing things. Once you’re into it mentally and emotionally like that I know you’re ready to play.”

Simmons’ increased confidence is a welcoming sight for a Nets team whose potential hinges on the former No. 1 pick’s development after a year-plus layoff. The Aussie’s assertiveness was on full display during his hostile return to Philadelphia Tuesday, as well as the win over Toronto.

Ben Simmons is playing like a man possessed. He’s not backing down from this crowd.

If rest of the Nets played with this effort this game would not be close. pic.twitter.com/4Q9lyb1wHq

the steal 🔒
the slam 😤 pic.twitter.com/eF5heUI3Fi

The Nets are nearly whole again with Kyrie Irving returning from his eight-game suspension. With Simmons beginning to produce at the level he is accustomed to, Brooklyn has an opportunity to build momentum and push over .500 for the first time this season.

Simmons and Co will look to string together some wins as they travel to Indiana Friday before returning for a seven-game homestand.