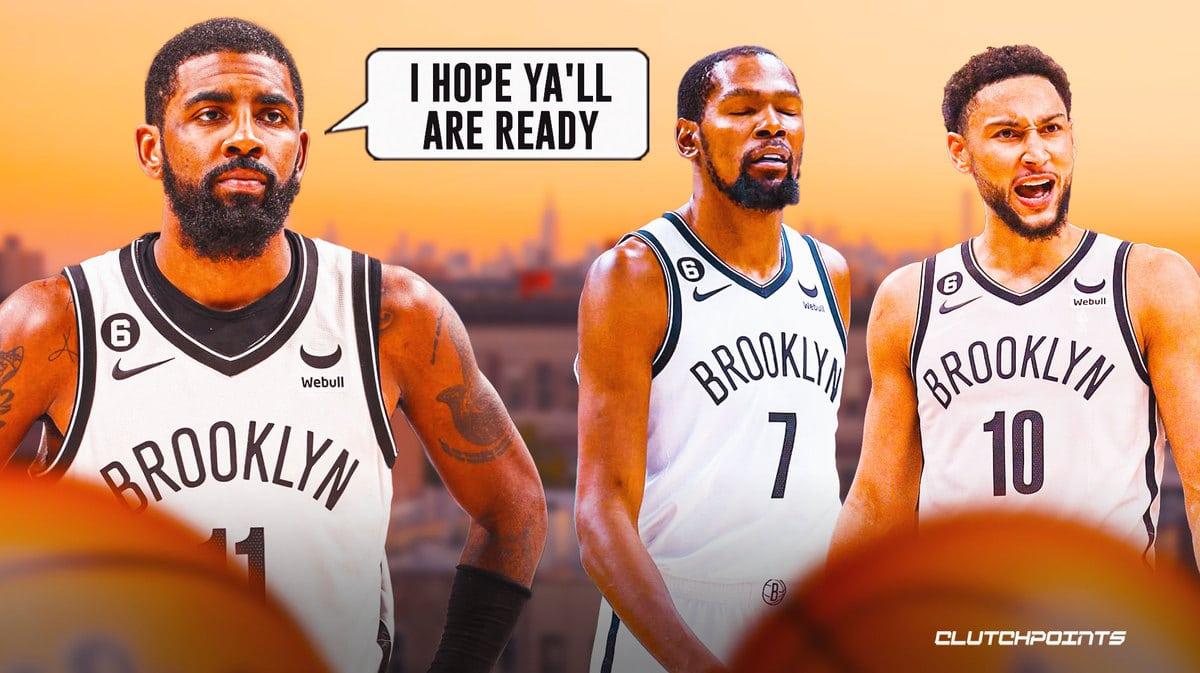 Brooklyn Nets guard Kyrie Irving is expected to return from suspension Sunday vs. the Memphis Grizzlies, according to Shams Charania.

Irving will miss his eighth consecutive game Thursday when the Nets wrap up a four-game West Coast trip in Portland against the Blazers. Brooklyn issued Irving a five-game minimum suspension on Nov. 3 after his repeated refusal to apologize for posts linking to an antisemitic film.

Irving issued an apology on Instagram hours after receiving the suspension, to which Brooklyn responded with six-outlined steps he must complete before returning. Those requirements included a spoken apology condemning the film, a $500,000 donation to anti-hate causes, sensitivity and antisemitic training, as well as meetings with the ADL, Jewish leaders, and Nets owner Joe Tsai.

NBPA VP Jaylen Brown, along with LeBron James, took issue with the list. Marc Stein reported Monday that the players union could file a grievance on Irving’s behalf if the guard and Brooklyn could not agree on a return date soon. However, ESPN’s Adrian Wojnarowski reported Wednesday that the union had since been working with all parties to find a resolution.

“NBPA executive director Tamika Tremaglio and the union have worked closely with Irving, the Nets and the NBA in helping him to author his own remedies to end the suspension,” sources told Wojnarowski. “What may have started out as a rigid list of prerequisites evolved into Irving himself taking ownership of the process, which is what the Nets and the league hoped would be the case.”

Charania’s report Thursday indicated that the Nets and NBA are pleased with the steps Irving has taken to remedy the situation.

“Sources close to the Nets and the league say that both sides are happy with what Irving has done throughout the process, especially given the number of community leaders he has met with.” Charania said. “One source, who was granted anonymity because he was not authorized to speak on the matter, said that Irving chose to go ‘above and beyond’ what was asked of him.”

Kyrie Irving averaged 26.9 points, 5.1 rebounds and 5.1 assists in eight games to open the season. Brooklyn has posted a 4-3 record since suspending the guard. During that time, Kevin Durant has carried the burden as the team’s lone go-to scorer, averaging 27.9 points and 6.4 assists per game on 52.0 percent shooting from the field and 37.0 percent from three.

“It’s exciting for everybody. We miss Ky, miss his presence out there on the floor. Hopefully it’s soon,” Durant said Thursday of Irving’s potential return. “I haven’t talked to him since we’ve been on the road trip about it, or the last couple days about it. I’m looking forward to his return to the team. Definitely going to give us a much-needed spark.”