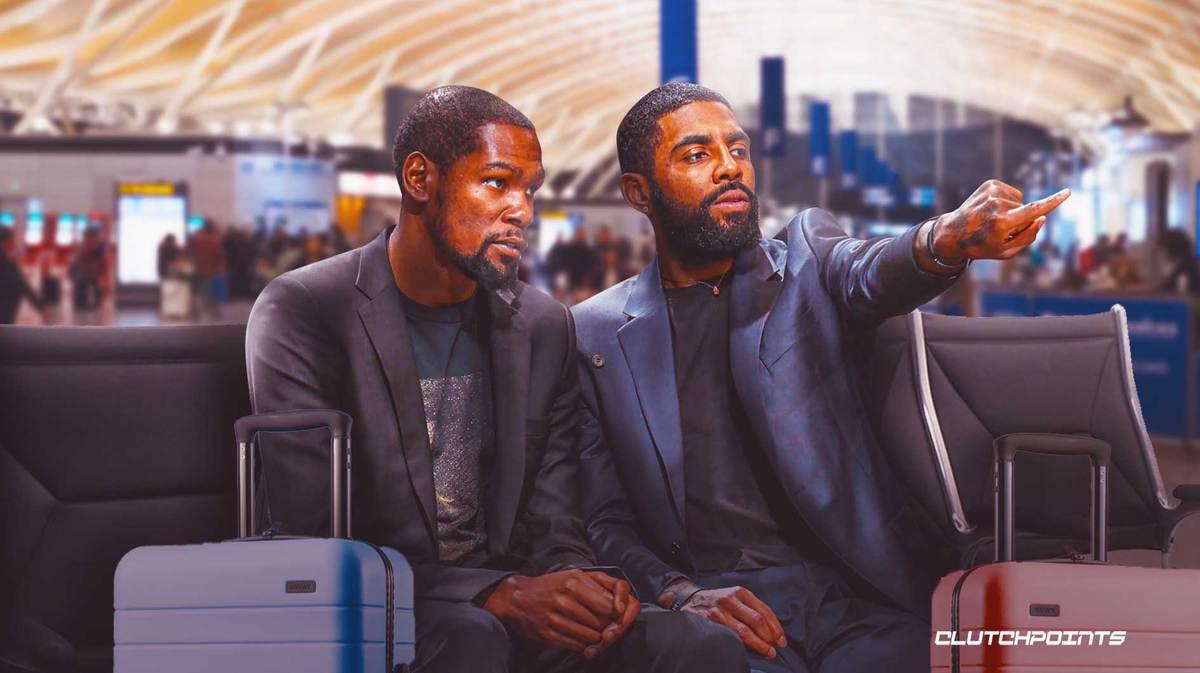 Kyrie Irving has remained surprisingly loyal to the Brooklyn Nets amid the Kevin Durant trade saga. The enigmatic point guard has stayed true to his word when he decided to opt into the final year of his deal with the Nets, and just recently, Kyrie reiterated his desire to remain in Brooklyn for 2022-23 regardless of what happened with the KD situation.

NBA insider Marc Stein has shared his thoughts on this matter, and it isn’t going to be good news for Irving. According to Stein, the only thing stopping the Nets from trading Kyrie is Durant. Not that KD doesn’t want his good buddy traded; it’s just Brooklyn wants to move Durant first before finding a trade partner for Irving (h/t ClutchPoints on Twitter):

“One he opted in, he kind of surroundered the ability to dictate anything,” Stein said. “So, it’s really how do the Nets feel about this. And If Kevin Durant is still there, then obviously, that does open up the possibility that they keep Kyrie Irving. But if [Kevin] Durant goes, I don’t see any way that the Nets just keep Kyrie [Irving]. I think if they can find a Durant trade, they will aggressively ramp up their desire to move Kyrie elsewhere.”

"If [Kevin] Durant goes, I don't see any way that the Nets just keep Kyrie [Irving]. I think if they can find a Durant trade, they will aggressively ramp up their desire to move Kyrie elsewhere."@TheSteinLine to @KeithSmithNBA on Kyrie Irving trade rumors on @SpotifyLivepic.twitter.com/BtFduEhjfH

Stein then stated that the Los Angeles Lakers still remain the frontrunners to land Kyrie if and when Brooklyn decides to deal him. However, the reporter notes that “the Nets do not want any part of Russ’ contract,” thereby making a straight-up Kyrie-for-Westbrook trade very complicated.

Stein ended by slapping Kyrie Irving with the harsh reality he is in right now. Despite his desire to remain in Brooklyn, Stein believes that ultimately, “he has no say here.”