For the first time since 2016, the New York Giants have begun a season 2-0. With first-year head coach Brian Daboll at the helm, this team did just enough against the Carolina Panthers in Week 2 to earn their second win of the year.

With Dak Prescott’s injury, the NFC East division could very well be up for grabs – and while the Giants are not favored to step right into that top spot, a two-game winning streak to open the year certainly puts them right in that discussion.

The Carolina Panthers have plenty of issues to solve themselves, but the Giants were able to string together just enough scoring plays to take this one. Heavily reliant on kicker Graham Gano (four field goals), the Giants won this game on Gano’s 56-yard field goal with a little over three minutes to go in the fourth quarter.

A win is a win, however you get it – but what were the biggest takeaways for the Giants from Sunday?

3. Brian Daboll was the right choice for the job

This year’s crop of teams with new head coaches have put together impressive starts to the season – Daboll, Dan Campbell, Kevin O’Connell, and Doug Pederson all seem to have the backing of their respective teams early on.

While Daboll is comfortable coaching football out east, having come over from the Buffalo Bills, the Giants were always going to be one of the more challenging job openings to fill this offseason. Daboll is the offensive mind that can hopefully get this team right, and even though they did not put a ton of fruitful offensive plays out on the field, doing just enough was enough to earn the W.

New York’s Week 1 win over the Titans put Daboll right in the spotlight – going for the win at the end of the game on a two-point conversion, Daboll understands the importance of stepping up for his guys and putting them in the right positions to win.

New York’s Week 2 win over the Panthers was more of a messy fight, seeing as how each team only scored one touchdown. But Daboll stuck to his guns, backed up his guys, showed fire on the sideline, and the team met him halfway, showing the kind of trust that never really was there under Joe Judge.

The inconsistencies in the entirety of the wide receiver group for New York have stunted any sort of growth for Daniel Jones, but Sunday showed that they may have an unheralded option on their roster in Sterling Shepard.

A team-high 10 targets propelled Shepard to a six-reception, 34-yard day, a pretty gross stat line when considering how many looks he received. But that kind of volume showed that both he and Jones were on the same page for most of the game, even if the yardage total didn’t look like it.

Moving forward, as the Giants likely will need to put more on the back of Jones when they play tougher teams, incorporating Shepard more will be key to the growth of the offensive attack.

1. Saquon Barkley needs more touches – and he is back to his old self

The ceremonious return of Saquon Barkley to the backfield for the Giants has been long overdue and much looked forward to. And so far this year, he has looked everything like the MVP-esque player that we were graced with in the past.

88 yards on 24 total touches (21 carries, 3 receptions) made for another heavy workload day for Barkley. But his body has stood up well to it so far this year, seeing as how this is his second consecutive game of exactly 24 touches.

There is no sort of competition in the backfield for touches alongside Barkley, as both Gary Brightwell and Matt Breida barely earn any work. The best way to optimize Barkley’s talent is to take full advantage of his receiving skills – splitting him out in the slot will help open up the offense for the Giants more and make their opponents spread the field more. 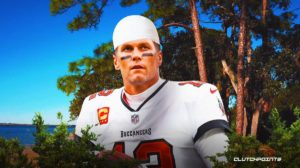