Pro Football Hall of Famer and former NFL star Deion Sanders is taking a new road as he was recently named to be the new head coach of the Jackson State University football team. His hiring eventually created a buzz on social media, as he reportedly declined other offers to coach.

A former teammate in running back Emmitt Smith also congratulated him on his newest venture via Twitter:

Congrats are in order for my brother and friend, @DeionSanders! You’ve worked hard to get to this point and I’m proud to see the work pay off. If you need a RB coach with some NFL experience… I know a guy! 😎 pic.twitter.com/vjQo0Cedvd

Sanders went on to respond to the tweet and heaped praise back to to the NFL legend:

Wow! 😂 I love ya my brother. You’ve always been a real good brother since day 1. And bout that NFL experience u are the greatest and please tell ALL THE KIDS I SAID HI. 😎🤚🏾🙏🏾💯 https://t.co/DwKHwWuXAE 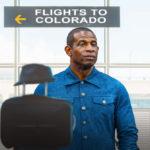 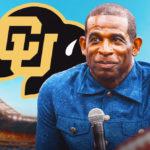 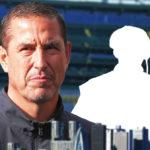 His playing career was highlighted by four first-team All-Pro selections, eight Pro Bowl appearances, the 1993 NFL MVP honor, and three Super Bowl championships. He eventually finished as one of the best running backs to ever play the game with career totals of 18,355 rushing yards, 164 rushing touchdowns, and 4,409 rushing attempts through 15 seasons in the league.

With Emmitt Smith possibly hinting at Deion Sanders for an RB coaching stint, it won’t be impossible to see the two men patrol the sidelines as well. His potential addition to Sanders’ coaching staff will elevate JSU’s football program to a whole new level. We could only wait and see if we’ll witness another Sanders-Smith pairing in the future, this time as football coaches.