Over the past days, many have reminisced on the historic NFL career of Peyton Manning ahead of his Pro Football Hall of Fame induction, including New England Patriots head coach Bill Belichick.

The six-time Super Bowl-winning head coach has had to game plan against some of the greatest quarterbacks of the past 30 years. Whether it was game planning against Joe Montana during his Cleveland Browns head coaching stint or prepping his defense for Kurt Warner in Super Bowl 36, Belichick has seen plenty of the game’s most prolific passers ever over his current coaching tenure in the NFL.

Manning still stands out to Belichick, whether it was in his time as the quarterback of the Indianapolis Colts or the Denver Broncos.

Speaking ahead of Manning’s induction into the Pro Football Hall of Fame on Sunday, Belichick took some time to reflect on just what it was like to face the two-time Super Bowl winner.

“He is definitely the best quarterback I’ve coached against,” Belichick said. “When it came to control and decision-making in an offensive system, Manning was on his own level in any era. There have been quarterbacks who called their own plays but it was nowhere near the same as what he did.

“He basically called every play by adjusting and/or changing the play once he saw what the defense was doing. He excelled at using the cadence and recognizing blitzes and more than any one single offensive player, he forced us to change and adapt defensive game plans.” 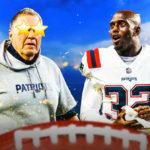 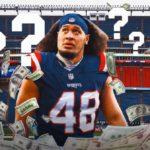 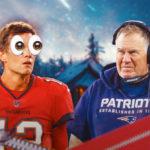 Peyton Manning finished his career with an 8-12 record against Belichick-coached teams, all of which came during the latter’s still-ongoing run as Patriots head coach. What is most noteworthy is that three of these such wins for Manning came in AFC title games, which include the Colts’ dramatic victory against the Patriots in the 2006 AFC Championship Game.

As Belichick currently has Manning as the greatest quarterback who he has ever coached against, this may change soon as Tom Brady will face off against his former coach this upcoming season when the Tampa Bay Buccaneers and Patriots meet in Week 4.