REPORT: Tim Tebow has had some discussions with the XFL

The XFL wants to build a solid fanbase to fill the need for springtime football, so they understandably went for a lot of former NFL players. Tim Tebow is the latest among disgraced NFL quarterbacks who got a call from Vince McMahon’s second crack at an alternative football league.

The former first-round pick confirmed that he was approached by league executives about a second crack at football. While he did confirm that there were talks of him joining the league, he reaffirmed his commitment to baseball. 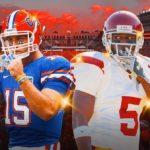 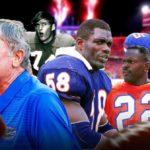 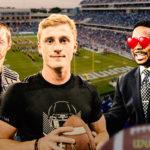 “We had a couple conversations,” Tebow added. “But it was pretty clear that this was — I love what they’re doing. I think it has a chance to have success. And I think that’s great. And so I think there needs to be a place for a lot of players that are really good and should and could be playing in the NFL and are better than a lot of NFL players. And there’s a chance they’re going to be seen. So I think it’s awesome and I think it’s good for a lot of guys that are going to get a spot on an NFL roster because they’re going show a team that they’re worth it. But for me this is what I wanted to do and pursuit it and be all in and just, yeah.”

Denver Broncos fans remember Tebow for his tragic two years as the primary quarterback in 2010 and 2011. In the 23 games he played, he only managed 2,383 passing yards and 17 touchdowns on an atrocious 47.3% completion rate. The New York Jets took a risk on him, but things quickly spiraled downwards. He hasn’t played a single NFL snap since leaving in 2012.