The Tampa Bay Buccaneers and Atlanta Falcons play in an NFC South battle on Sunday. It’s time to continue our NFL odds series and make a Buccaneers-Falcons Week 13 prediction and pick.

The Buccaneers and Falcons will meet in a division game on Sunday as Tom Brady will look to extend his ownership of the Falcons. Brady is 3-0 vs. Atlanta since joining Tampa Bay, not to mention any other notable wins he made have had over the Falcons earlier in his career. The Falcons are surprisingly not dead yet as they sit with a 5-6 record entering the final stretch of the season, but that all may change soon. Tampa Bay comes in as big favorites over the Falcons on Sunday as they look primed to make a run at another championship this winter.

For more insight on the Buccaneers-Falcons matchup in Week 13, listen below:

Here are the Buccaneers-Falcons odds for this Week 13 NFL matchup, courtesy of FanDuel.

Why The Buccaneers Can Cover The Spread

Tampa Bay will have an edge in nearly if not every single area in this game. They have the better offense, both passing and rushing, and the better overall defense. The Buccaneers do struggle vs. the pass some, but it’s unlikely the Falcons and their lack of a receiving corps are able to make enough plays to stay in this game. Tampa’s offense should dominate the Falcons defense, as Atlanta gives up the second most points per game in the NFL so far this season.

The Buccaneers should be able to continue their dominance over the Falcons with Brady on Sunday, as the Falcons have put up little resistance vs. good competition in recent weeks. Atlanta lost on the road to the Dallas Cowboys 43-3, then came home and got shutout by the New England Patriots a few days later. Tampa Bay should prove to be maybe the toughest test yet for the Falcons. The Buccaneers should be in good position for a cover and a win on Sunday in Atlanta.

Why The Falcons Can Cover The Spread 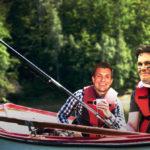 The Falcons will likely just be outmatched in this one. At 5-6, the Falcons really need this win to stay alive in the Wild Card race. Tampa Bay however comes in as the much better team and also needing this win in their effort to lock up the No. 1 seed for the postseason. Atlanta has had very little luck slowing down top quarterbacks when they have faced them this season. Their pass defense is actually around league average, but that is mostly just due to them facing a bunch of bad teams. The Buccaneers have the top run defense in the NFL, and the Falcons are already a one dimensional offense much of the time.

This game will be an uphill battle for the Falcons, who have not won in Atlanta yet this season. This may be their most difficult home game yet, so that might not change Sunday.

The Buccaneers should win and cover vs. a bad Falcons team on Sunday. Matt Ryan has not had a ton of help this season on the Falcons. With the Buccaneers gearing up for the playoffs, this might be a long day for the home team.