P.K. Subban has followed the footsteps of Zdeno Chara, who announced Tuesday that he is signing a one-day deal with the Boston Bruins before officially retiring from playing hockey. Subban has also declared his decision to hang his skates up for good, albeit in a more surprising timing than that of the 45-year-old Chara.

P.K. Subban posted a lengthy message on his official Instagram account detailing and sharing his true feelings about retiring from hockey.

“To an amazing league that gave me the opportunity to compete at the highest level with some of the best athletes in the world. The NHL also provided me with a platform that allowed me to give back thru my charities. A sincere thank you to the many players that I either played with or competed against who brought out the best in me. A heartfelt appreciation to the Montreal Canadians, Nashville Predators and New Jersey Devils for each representing organizations with class and integrity.”

PK Subban is still only just 33 years old and it was not that long ago when he posted 59 points (16 goals and 43 assists) during the 2017-18 NHL season with the Nashville Predators. However, he had not yet signed a new contract with an NHL team with the training camp nearing and had not also gotten even a PTO (professional tryout). It appeared that NHL teams’ interest in one of the best defensemen of his generation had simply waned, leaving P.K. Subban with a decision to call it a career.

PK Subban, who won the James Norris Memorial Trophy in 2013, broke into the NHL in 2009 when he was selected in the second round (43rd overall) by the Montreal Canadiens with whom he spent his first seven years in the league. He signed an eight-year extension deal with the Habs in 2014 and was traded later to the Preds for fellow star blue liner Shea Weber. In his last season in the NHL, O.K. Subban appeared in 77 games with the New Jersey Devils and scored five goals with 17 helpers. 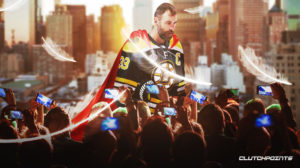