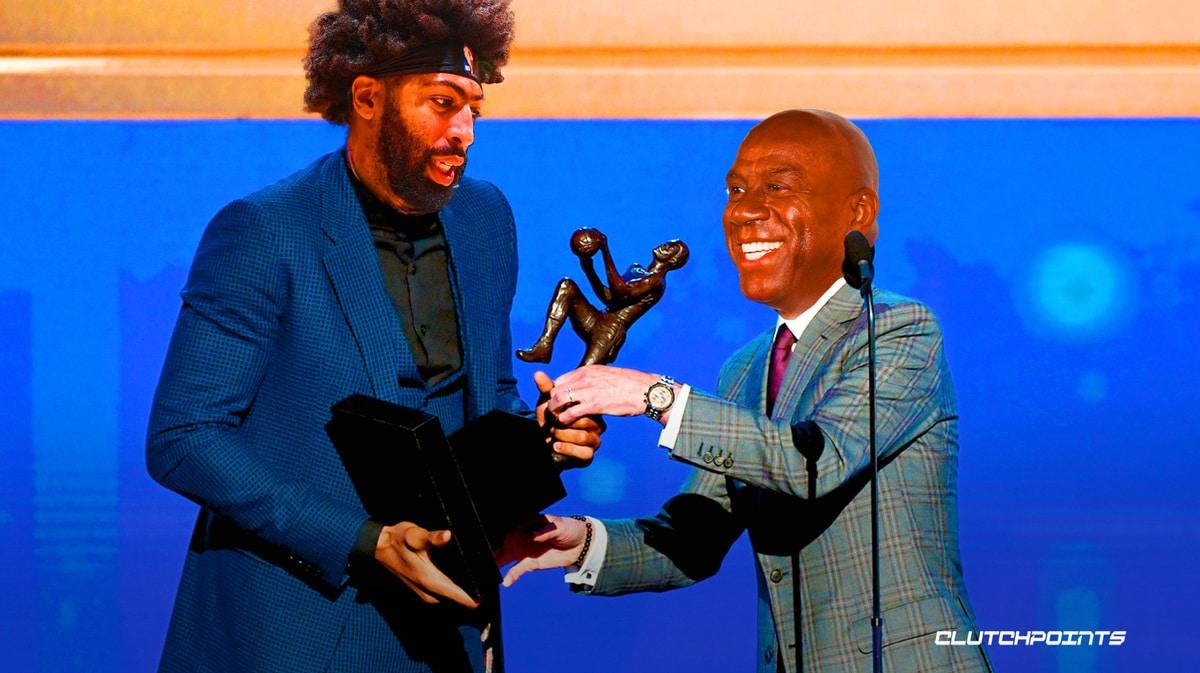 To say that Magic Johnson was impressed by the Los Angeles Lakers’ massive win over the Milwaukee Bucks on Friday night would be a complete understatement. Johnson was one of the first to congratulate his beloved Lakers with a series of tweets following their 133-129 victory over Giannis Antetokounmpo and Co.

Magic wasn’t done, too. His hangover carried over to Saturday afternoon as he continued to talk up the Lakers’ impressive run of late. This time around, the Hall of Famer turned his attention to Anthony Davis, who has been an utterly dominant force over the past several weeks. According to Johnson, there’s no doubt in his mind that AD will be one of the frontrunners in the MVP race if keeps up this blistering pace:

“If the @Lakers Anthony Davis can continue to play like he has the last 8 games, averaging 32 points and 15 rebounds, and can stay healthy, there is no question in my mind he’ll be in the NBA MVP conversation by the end of the season!” Magic wrote in his tweet.

AD kept it going against the Bucks with one of his best performances this season, finishing the win with 44 points on 18-of-27 shooting, to go along with 10 boards, four assists, three blocks, and zero turnovers in another mind-blowing display.

The Lakers have gone 7-2 in their last nine games with AD averaging 31.9 points on 63.1 percent shooting, 15.4 rebounds, 2.9 assists, 1.4 steals, and 2.9 blocks per game. He’s clearly been LA’s most valuable player during this stretch, and as Magic Johnson said, this man is going to have a real claim to this season’s MVP title if keeps playing at this level.