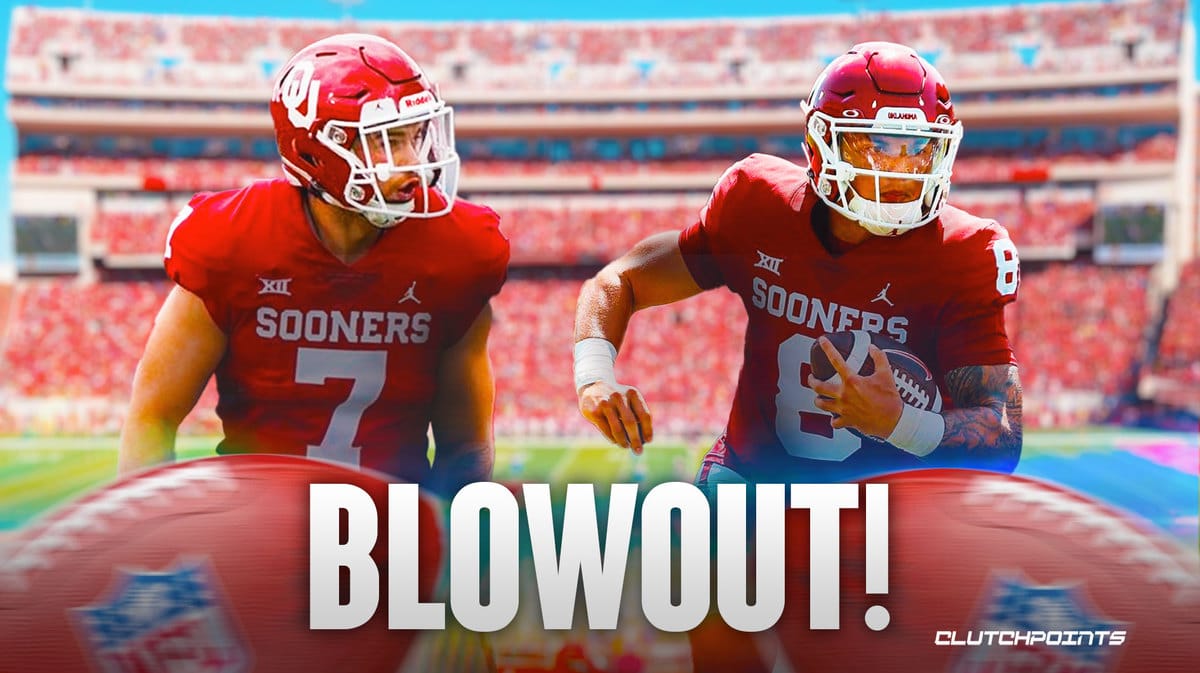 The Oklahoma Sooners and Nebraska Cornhuskers battled in a lopsided contest at Memorial Stadium. Oklahoma football cruised to a 49-14 win. Here are some takeaways from Oklahoma’s blowout win over Nebraska in Week 3 of college football.

The No. 6-ranked Sooners visited Nebraska for the first time since 2009, dominating every aspect of the game to go up to 3-0. Even before the end of the first quarter, it was clear that Oklahoma wouldn’t have a tough time beating Nebraska on the road.

Despite the hostile setting, Oklahoma quarterback Dillon Gabriel and the whole offense appeared at ease. This result underscores how OU is firing on all cylinders as it prepares to play in the Big 12 next week.

Following a targeting penalty in the second quarter, leading Oklahoma tackler DaShaun White was ejected from the game. The Sooners then brought in Jaren Kanak, the lone recruit who transferred from Clemson to Norman. Expectations were high for the former four-star recruit, but his final-quarter performance exceeded those expectations.

Kanak led the Sooners with 10 tackles in less than half a game. He caused huge problems for Nebraska’s defense. Kanak was only recorded with one quarterback hurry, but he was actually on the ball multiple times.

Oklahoma has been hunting for a star to fill the “Cheetah” linebacker position. White is undoubtedly a competent player, but Kanak is a stud. He could be the future at this position for the Sooners.

Last week, offensive coordinator Jeff Lebby conceded that he was overly committed to establishing the run against Kent State.

Lebby didn’t have to wait long in this game against Nebraska to leverage their passing game.

In the first half, QB Dillon Gabriel completed 11-of-20 throws for 166 yards and a score. Even tight-end Brayden Willis got in on the passing game. He connected with Marcus Major for a 24-yard bomb on a double-pass in the second quarter.

In the first half, OU had 190 passing yards against a subpar Nebraska pass defense. That eventually opened the door for a strong rushing effort in the second half.

Oklahoma’s offensive performance was historic, as the 49 points scored were the most the team had ever scored in Lincoln, Nebraska.

The Sooners were leading the entire country in tackles for loss and third in sacks after two games. And head coach Brent Venables’ defense hadn’t even started to blitz against UTEP or Kent State.

Venables and defensive coordinator Ted Roof opened up the playbook even more on Saturday. The Sooners let DaShaun White play Cheetah, and the super senior feasted in the first half.

In the first two quarters, White had six total tackles, one sack, one tackle for loss, and a deflected pass before being removed for targeting right before halftime. After White was ejected, aforementioned freshman Jaren Kanak stepped in and scored on his first defensive snap with a hit on Nebraska QB Casey Thompson.

In all, Oklahoma football’s defense had four sacks and eight tackles for loss in the first half alone. The Sooners added a ninth in the second half.

1. Sooners win in a hostile environment

The 87,161 fans in attendance at Memorial Stadium backed interim head coach Mickey Joseph in his first game in command of the Cornhuskers. Nebraska initially responded well and even took the lead early.

On Oklahoma football’s first possession, Gabriel held on to the ball too long and was sacked, putting the Sooners behind the chains.

Eventually, OU punted, and Casey Thompson led the Nebraska attack down the field.

The former Texas quarterback connected with a wide-open Trey Palmer on a 32-yard touchdown pass, and Memorial Stadium erupted.

The Nebraska fans would have little to cheer for after that, though, as Gabriel’s 61-yard touchdown scramble tied the game and OU’s defense tightened up.

Gabriel had never been in a road setting like Nebraska’s before, but he settled comfortably and seemed perfectly at home plucking the strings for the Sooners. 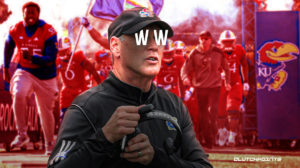