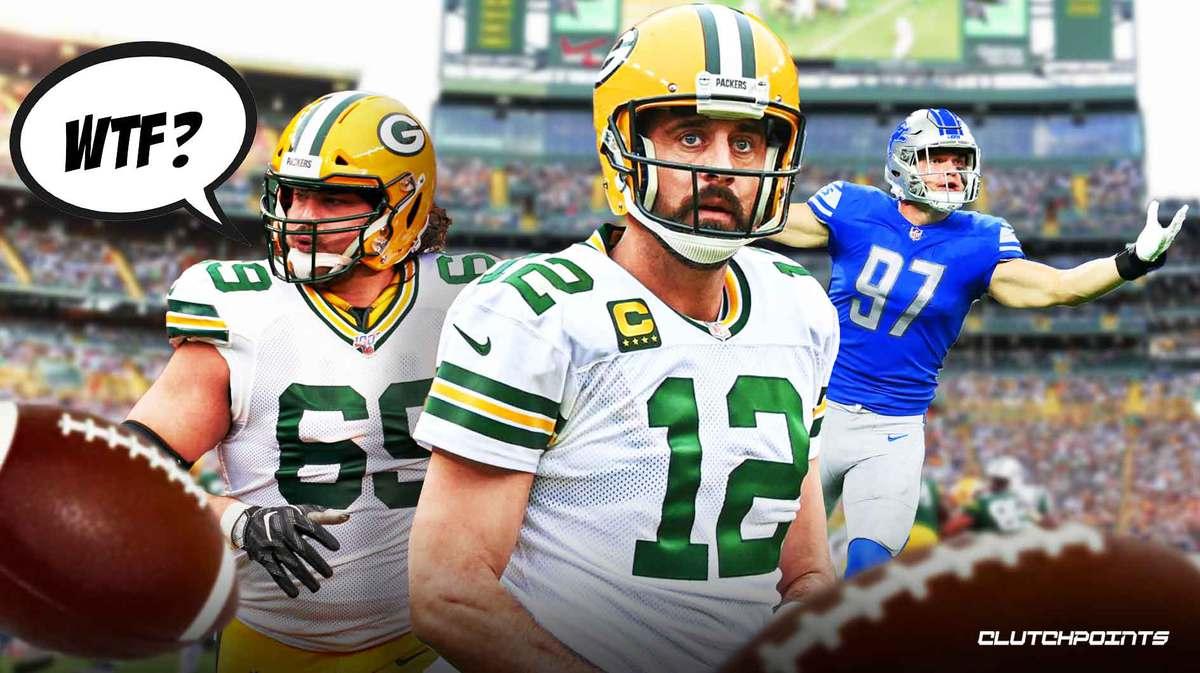 The Green Bay Packers may have just called the single worst play of the 2022 NFL season as Aaron Rodgers was intercepted in the red zone by Detroit Lions’ Aidan Hutchinson on a pass attempt to… David Bakhtiari.

With the Packers on the verge of punching in a touchdown, Matt LaFleur decided to think outside of the box and draw up a passing play for the star offensive lineman. As many things have this season for the Packers, the decision instantly blew up in their faces, as Rodgers missed the mark with this throw and the ball wound up in the hands of Lions’ rookie EDGE rusher Aidan Hutchinson.

The @Lions get another goal line stop! @aidanhutch97

Talk about a total disaster. The play call was questionable from the onset, but the execution was about as bad as it could have been. In fact, the only way this play goes any worse is if Hutchinson takes the errant throw from Rodgers and runs it back for a touchdown.

We’re really not sure what the thought process on this play was, but it didn’t work out in the slightest, as Rodgers ended up throwing his second red-zone interception against the Lions on the day. Detroit has a notoriously poor defense, so the fact that they’re making these types of plays against Rodgers and the Packers in the end zone is a major concern. This is the first time in Rodgers’ career that he’s thrown two red-zone interceptions in one game, according to Colton Pouncy, who indicated both picks were caught by rookie defenders in goal-to-go situations.

The two teams have been absolutely stagnant on offense, largely due to Aaron Rodgers and the Packers throwing the ball away every time they find themselves in good field position. Targeting David Bakhtiari in a tie game in the end zone is a truly head-scratching move from LaFleur and Co., and we look forward to hearing his explanation for the call in the aftermath of Sunday’s tilt.