The Green Bay Packers are hoping to improve on a 2019 campaign which saw them make a run to the NFC Championship Game. Quarterback Aaron Rodgers is not certain his team will get that opportunity.

Rodgers, before the Packers go to training camp, voiced some concern with respect to the feasibility of holding the 2020 season after hitting the links for the American Century Championship.

The two-time MVP for the Packers said the players are “hopeful” the NFL and NFLPA can hammer out reliable health and safety procedures (via Mike Florio of Pro Football Talk):

“I think top of mind is are we gonna have a season?” Rodgers said. “I think there’s a lot of things yet to be figured out. We’re hopeful, we’re hopeful that it’s with fans and we can get all the testing procedures down the way the want it for the utmost amount of safety. But I think we’re kind waiting for the league and the [NFL Players Association] to figure some things out.”

The NFL has yet to waver from its intended Sept. 10 start date despite a recent surge in COVID-19 cases across the country.

The Packers know that Rodgers is hardly alone in voicing his skepticism. New Orleans Saints safety Malcolm Jenkins said the league should reconsider having a season, stating football is a “nonessential business.” Cowboys running back Ezekiel Elliott also wondered whether it was smart to compete given the circumstances.

One thing is clear: the timeline is shrinking. The Packers and other teams report for camp later this month, and it seems likely the NFL and NFLPA will need to come to terms on health and safety protocols probably at the beginning of August. 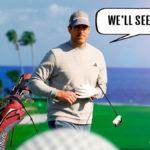 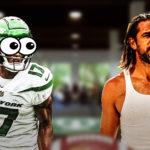 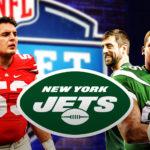 All of our NFL content can be found on the NFL section of the ClutchPoints home page here. For all of our fantasy football content, click here. Stay in touch with the Packers.