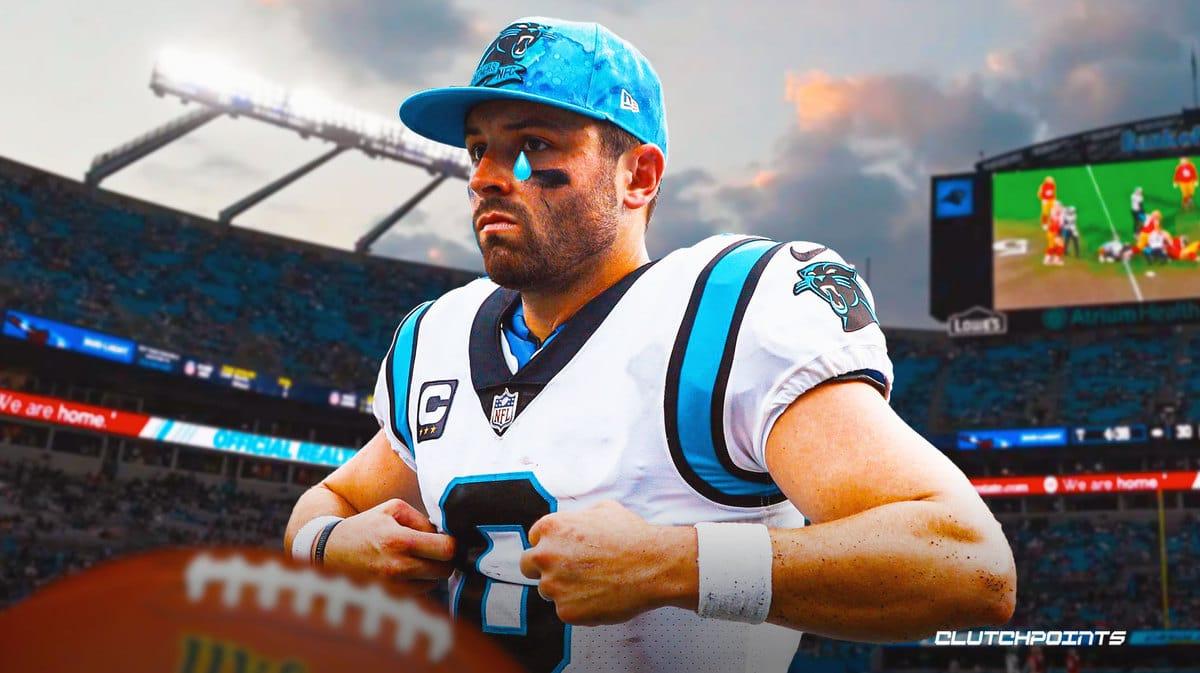 The Carolina Panthers will be welcoming back Baker Mayfield to the starting lineup in Week 11 against the Baltimore Ravens. The Panthers started former XFL quarterback PJ Walker in the past few games, but with Walker dealing with an ankle injury and Mayfield seemingly healthy, the team will once again be going with their opening-day starter in the former Oklahoma Sooners gunslinger.

Ahead of his looming return to starting duties, Baker Mayfield made it clear that he is putting the team above all his priorities amid pressure to put up strong performances in order to stay relevant, especially since he doesn’t have a contract in 2023 (h/t Steve Reed of the Associated Press).

“It’s pretty important to win considering we are in the division race right now,” Mayfield said when asked about his long-term future. “I’m not worried about anything else. It will take care of itself as long as I do my job. We will see where it goes. That’s how I have handled it.”

Baker Mayfield looked ready to take over the starter gig again when he had a strong showing in the second half of Week 9’s 42-21 road loss to the Cincinnati Bengals. Mayfield threw for 155 yards and two touchdowns against zero interceptions on 14-of-20 pass completions versus Cincy but did not see action the following week in Carolina’s 25-15 home win over the Atlanta Falcons.

Mayfield, who was traded to the Panthers by the Cleveland Browns last July, is expected to hit free agency at the end of the 2022 NFL regular season.