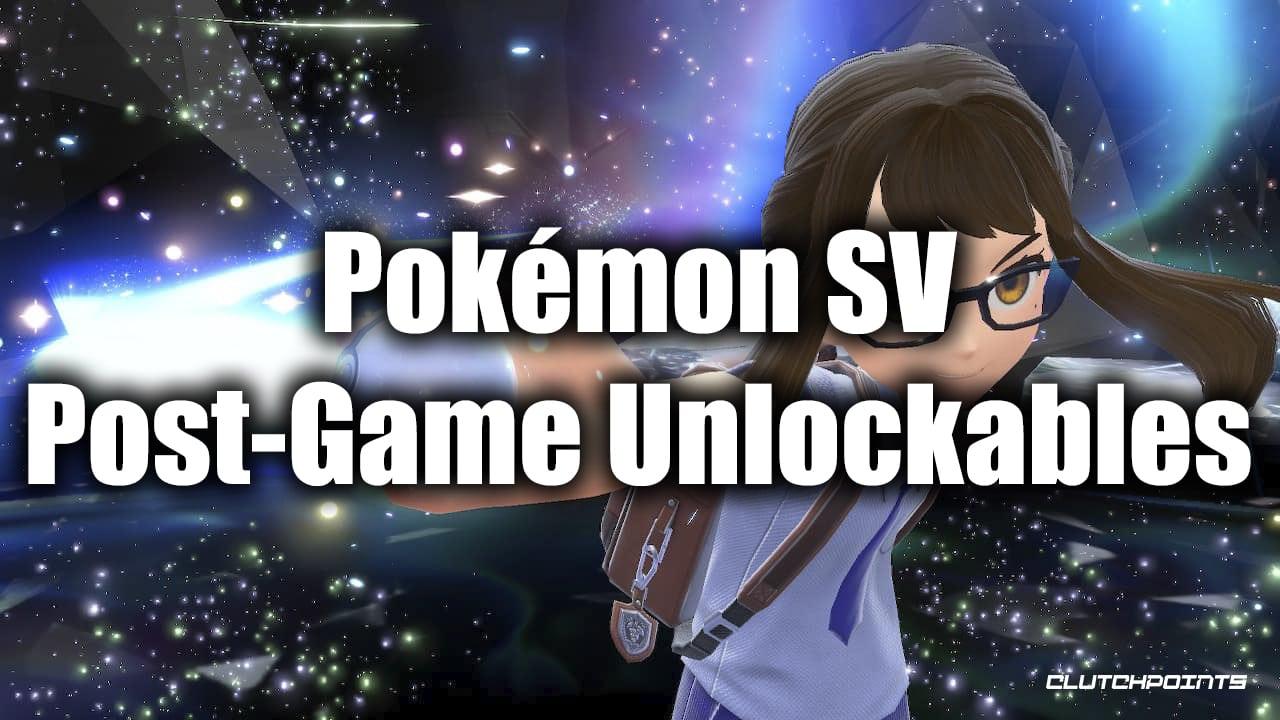 Now that you’ve mastered the art of auto-battling and Terastallizing, you now have successfully conquered Victory Road. What’s left to do now? Let’s talk about the Pokémon SV Post-Game Unlockables.

Nintendo announced that Pokémon Scarlet and Violet have different paths that you could focus on which gave us more content to play with. If you have taken the usual route of Victory Road and finished it, don’t worry. There are still other tasks like the Path of Legends or Starfall Street to accomplish. Finish Victory Road and there are a few perks that open up for you and we’ll tackle them one by one on this Pokémon SV Post-Game Unlockables list.

Right after you clear the main story of Pokémon Scarlet and Violet, drop by Director Clavell at the Academy Office to obtain the Master Ball as a reward. Across all Pokémon games, the Master Ball has the highest success rate of capture at 100%. This lets you catch any Pokémon with ease, especially the legendary Pokémon of your title (Koraidon for Pokémon Scarlet and Miraidon for Pokémon Violet).

Before you accomplish the main story, Area Zero will not be free to explore fully. However, you may unlock this by accomplishing the Victory Road path and finding new Pokémon to catch and gather useful items in-game.

Within the realms of Area Zero, you can explore the Great Crater where you can find either Koraidon or Miraidon waiting for you. This time around, you may catch it and use it for battles. Use the Master Ball as a surefire way to have it in your team.

Clearing the Victory Road path also lets you choose which form you would like Koraidon or Miraidon to be in. Select your game’s legendary from the main menu and choose between Battle Form or Ride Form.

You can check the IV stats of your Pokémon. This is particularly useful, especially to Pokémon Trainers aiming to be the very best in the latest addition to the franchise. Simply go to any Pokémon Center to check these out.

Iin this list of Pokémon SV Post-Game Unlockables, more Paradox Pokémon appear after clearing the game. They will appear more frequently on the map especially around Area Zero allowing you to catch and register them in your Pokédex. Pokémon Scarlet & Violet Guide: How to get Slaking Pokémon Scarlet & Violet Guide: How to get Spiritomb Pokémon Scarlet & Violet Guide: How to get Roaring Moon and Iron Valiant

Have your rematch with fellow students, gym leaders, and even some of the academy’s staff and teachers at the Academy Ace Tournament after clearing the Victory Road path.

If battling in the Academy Ace Tournament is not what you’re after, battle with the bosses of Team Star once again in the Team Star Training Center. Make sure you’re ready and prepared as this time, they will be coming at you at full strength.

As part of the tradition in any Pokémon video game, collect Shiny Pokémon with the Shiny Charm that will be given by Professor Jacq. This nifty item lets you have a higher rate of encountering shiny Pokémon in the wild.

With all these Pokémon SV Post-Game Unlockables that you can do, there is more to life in the Paldea region. Best of luck, Trainers! Watch out for more guides here on our ClutchPoints gaming!