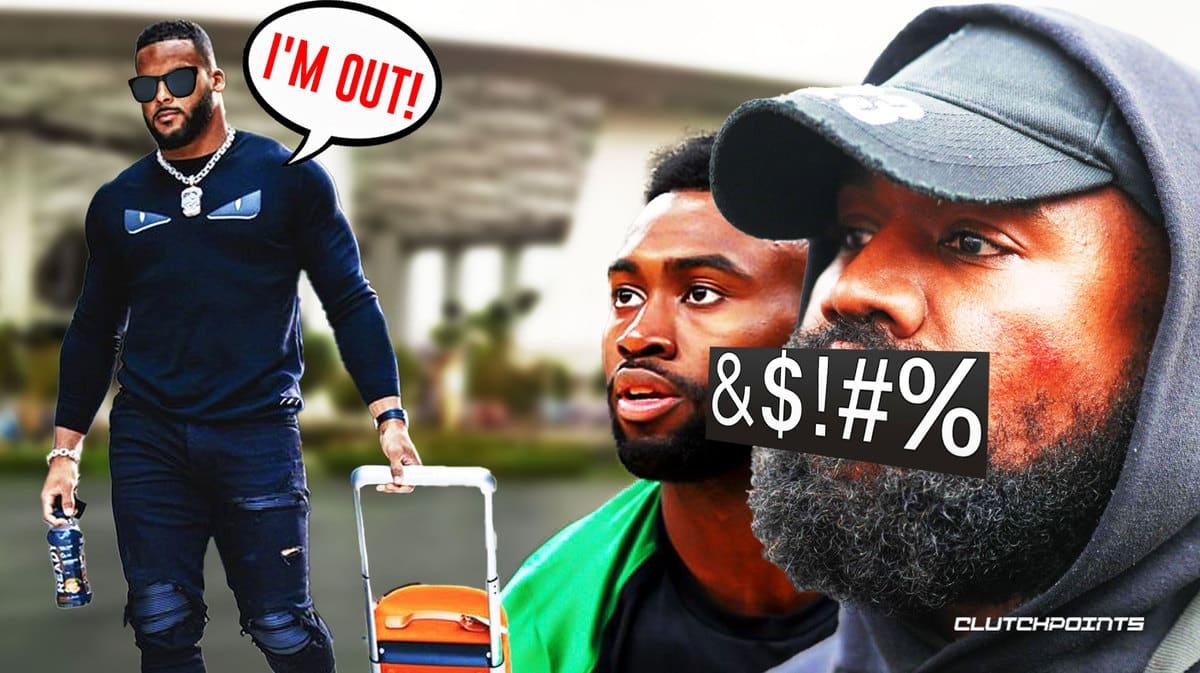 Donda Sports made quite a lot of noise in the industry when Kanye West signed it’s first two high-profile athletes back in May. This came in the form of Los Angeles Rams superstar Aaron Donald and Boston Celtics All-Star Jaylen Brown. Well, Donda Sports has now just lost both of its headliners amid Kanye’s highly-controversial antisemitic comments.

Donald announced on Tuesday that he has decided to unequivocally cut ties with Donda Sports over West’s racially-charged rant:

“Our family has made the decision to part ways with Donda Sports. The recent comments and displays of hate and antisemitism are the exact opposite of how we choose to live our lives and raise our children. We find them to be irresponsible and go against everything we believe in as a family.

“As parents and members of society, we felt a responsibility to send a clear message that hateful words and actions have consequences and that we must do better as human beings. We do not feel our beliefs, voices and actions belong anywhere near a space that misrepresents and oppresses people of any background, ethnicity or race.

“We’ve had the pleasure of working with many incredible people along the way and hope to continue to use our platform to uplift and support other families, children and communities through positive outreach.”

The Rams defensive tackle did not mention Kanye West in his statement, but there’s no denying that he was referring to the hip-hop icon’s antisemitic comments here.

On Monday, Celtics star Jaylen Brown announced that he would NOT be leaving Donda Sports, while also offering his support for the embattled Kanye West by giving him “unconditional love.” Brown did a complete U-turn barely 24 hours later, announcing that he too would be leaving West’s sports agency.