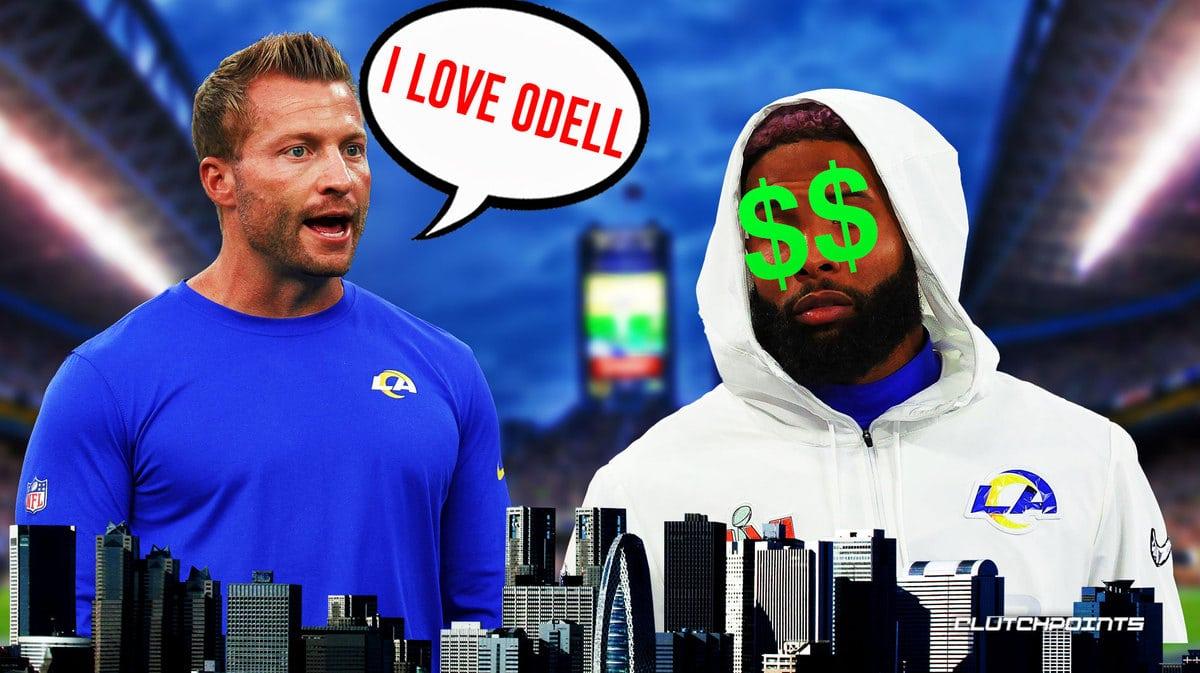 If you’re a fan of an NFL team with a legitimate chance at taking the Lombardi Trophy from the Los Angeles Rams, chances are you’ve seen someone suggest a trade for Odell Beckham Jr., the three-time Pro Bowler who tore his ACL during the Super Bowl. Though he won’t be able to play until November, the prospects of adding OBJ around Thanksgiving would be an incredible way to supercharge an offense midway through the season.

So naturally, when Built in Buffalo reported that Beckham was spotted “at the Buffalo airport,” it got fans talking about whether or not they’d like to see OBJ catching passes from Josh Allen. When one fan said he didn’t want the drama OBJ brought to the table, the wide-out clapped back in a major way.

“LOLOL LA DID LAST YEAR,” Beckham Jr. tweeted. “Crazy how a guy can leave one “team” go to another “team” and there’s two completely different stories about who I truly am. Oh my b I Mis read u! U meant my attitude about winning and that I don’t give af bout nothin else bout th.”

When another fan suggested that LA fans would love to see OBJ back in the blue and yellow, he responded again and dropped a very interesting tidbit about the current offers he’s received from Les Snead and company.

“LA knows where I wanted to be… but they didn’t offer me…. ANYthing!” OBJ tweeted. “So idk what people want me to do, I def kno my worth and what the offer was isn’t reflective of that. So it’s tough to say that I can come on back even tho I thought I finally found that home!”

Oh no, that’s bad news for Rams fans indeed; hopefully, somebody addresses that situation in a hurry.

When asked about Beckham Jr.’s reported low-ball offer from the Rams, the team’s head coach, Sean McVay, reaffirmed his appreciation for the three-time Pro Bowler and suggested that their front office ramp up their offers as his return comes closer, as passed along by ESPN Rams writer Sarah Barshop.

“I love Odell,” McVay said. “We have constant dialogue. He also knows that certainly I don’t think that’s the last [offer] that would come from us.”

Speaking further on the matter, McVay delved further into the weeds of the deal. “I’m not familiar with what it is. He knows how we feel about him. We’ve got a little bit of time. But love Odell. Nothing but good things coming from me.”

Currently sitting at 2-3, the Rams’ have gotten mixed production out of their wide receiving corps, with Cooper Kupp continuing to shine as a do-it-all receiver capable of averaging 105.8 yards per game while the team’s other receivers, Ben Skowronek, Tutu Atwell, Brandon Powell, and big-time free agent acquisition Allen Robinson average less than 100 combined. While Beckham Jr. wouldn’t magically turn the tides on McVay’s offense and put it right up there with the best of the best the NFL has to offer, adding one more weapon could provide some much-needed parity on the outside, even if Kupp would likely remain one of the most targeted wide receivers in the league for years to come.

However, if the Rams want to see that reunion, they’ll have to pay up, as it’s clear OBJ isn’t looking to work for free.