The Kawhi Leonard saga is only a physical away from being over, but his camp gave his thanks to the San Antonio Spurs, despite trifling with them for the majority of the season and testing their limits during the offseason, requesting a trade.

His official Instagram fan page posted a photo of Leonard in a Spurs jersey with metallic lettering up top, with the caption reading a mere “Thank you San Antonio.” 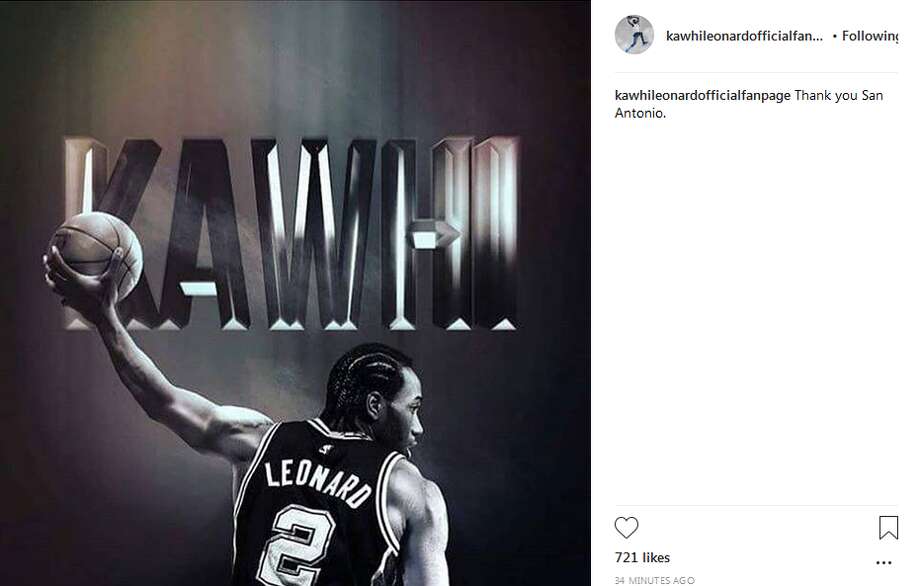 This looks more of his camp thanking the fan base, rather than the organization — a dig which wouldn’t be atypical with both sides notoriously not seeing eye-to-eye.

According to Madalyn Mendoza of the San Antonio Express-News, “the photo garnered more than 700 likes in 20 minutes of being published, though it appears comments have been disabled on the post.”

Leonard’s sister had also been known to operate an unofficial account in which she responded to criticism for his brother, blocking everyone not in agreement with her views.

Nevertheless, as Kawhi Leonard’s voyage with the Spurs is now over, he’s about to begin a new one with the Toronto Raptors… for at least one season. There’s plenty of speculation that the forward will only play for the Canadian-based NBA franchise for one year, but plenty can happen over the course of a few months.

LeBron James reveals what Pacers fans said to get ejected