Hall of Famer Ray Allen is without a doubt one of the most prominent members of the Jordan Brand family. As a matter of fact, Allen was the very first player to endorse MJ’s brand, which at that time, was just in its infancy stage.

As it turns out, however, Allen nearly spurned Nike/Jordan Brand in favor of FILA or Reebok. Coming into the NBA, the former UConn standout was one of the most marketable young players in the game, and he had offers from other shoe manufacturers apart from Nike. According to Allen himself, he was actually already on the brink of signing a deal with FILA:

“I was trying to decide between FILA, and Nike, and Reebok was in there a little bit,” Allen said on a recent episode of James Posey’s podcast. “I just had these deals on the table, and Nike was telling me, ‘If you come with us, there’s potentially gonna be a new brand start that we may potentially put you in and start you in your rookie year.’ The deal kinda went away, and my agent at that time was pushing me towards FILA. It was weird because I was sensing there was some other things going on. There was like this side deal happening.”

Allen then revealed that FILA had certain clauses in the deal that required him to meet certain statistical milestones in his rookie year — numbers that Allen thought weren’t realistic. The 6-foot-5 shooting guard ended up turning his back on the deal and decided to go back to Nike:

“I ended up firing my agent, and then we went back to Nike to rehash the deal,” he continued. “Deal was on the table, and sure enough, within that year the first brand Jordan shoe — it was a Jumpman Pro, a black and white shoe, I wore that in my rookie year.” 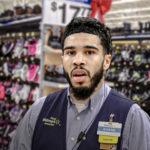 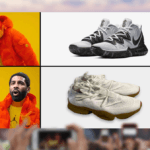 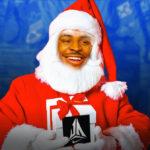 Ray Allen was one of the first players to sign with Jordan Brand. At the time, he was also talking with FILA, Nike and Reebok.

Ray shares the story of how he ended up signing with Jordan Brand: pic.twitter.com/foIZQBpHSm

Things eventually worked out as they should have and as they always say, the rest is history.