Richard Sherman is still a free agent after a couple of weeks on the 2021 NFL season. A report came out recently that some teams had inquired about Sherman, but the former Pro Bowler remains available and on the free agent market. The San Francisco 49ers were the final team to employ Sherman, and a return to the Bay Area has always seemed to be a good fit for both sides.

Well, 49ers general manager John Lynch spoke about potentially bringing in Sherman for a reunion, according to Mike Florio of Pro Football Talk.

“We’re good with where we are at…Who knows? We could need him down the road. Most of all, I’m pulling for him and his family. He’s going to overcome this and do great things.” 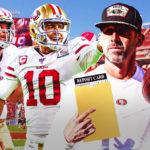 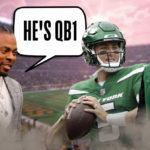 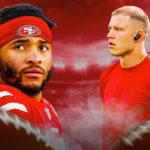 For now, the 49ers aren’t planning to bring Sherman back to town, but anything can change any week. The Tampa Bay Buccaneers were another team that expressed interest in Sherman, and Bruce Arians subsided any imminent signing for the Pro Bowl corner, at least for the time being at this point in the season.

It appears to be only a matter of time until Sherman lands with an NFL team, but no signing seems imminent at the moment.