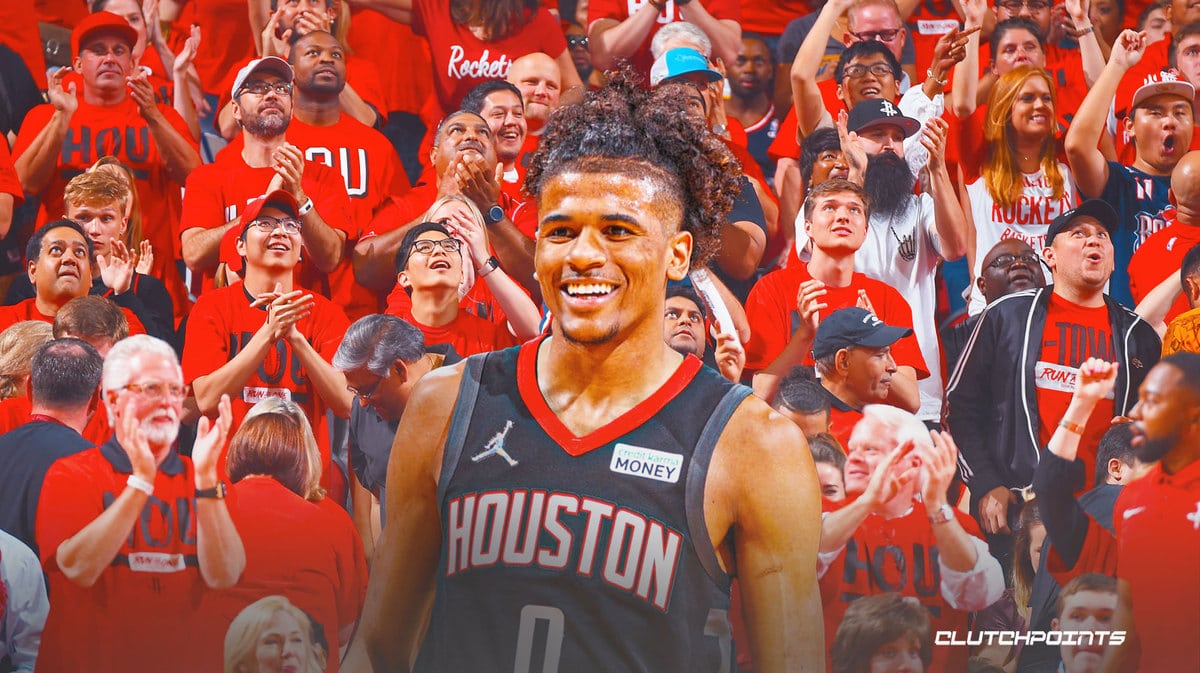 Houston Rockets star Jalen Green fielded media questions at the 2K23 House of Greatness event in Las Vegas. Although the event was fun with all of the stars testing out the new NBA 2K video game, Green took some time to share a message to fans of the Rockets.

“Stay tuned, stay excited, stay with us,” Green said. “I mean, it’s a rebuild. Just believe in the process, believe in the people that we have here. We are going to come here and work hard. Hopefully this year, next year, the year after that, we are just going to take off. So just stay patient with us.”

Jalen Green was drafted second overall by the Rockets in the 2021 NBA Draft. He is fresh off of a strong rookie season that saw him enjoy an especially impressive second half. Overall, the young guard averaged 17 points per game on nearly 43 percent shooting. Additionally, Green averaged just under 1 steal per contest. He is hard-working and doesn’t take anything for granted.

For Rockets fans, it is difficult to ask for anything more out of a franchise player. Houston might not yet be ready to compete, but Green understands that rebuilds are a process. However, he has the right mindset and is ready to lead this team to new heights down the road.

Green enjoyed the NBA 2K23 event as well. He got to test out the new game and hangout with fellow players, celebrities, and influencers. But at the end of the day, he is focused and ready for the 2022-2023 NBA season.