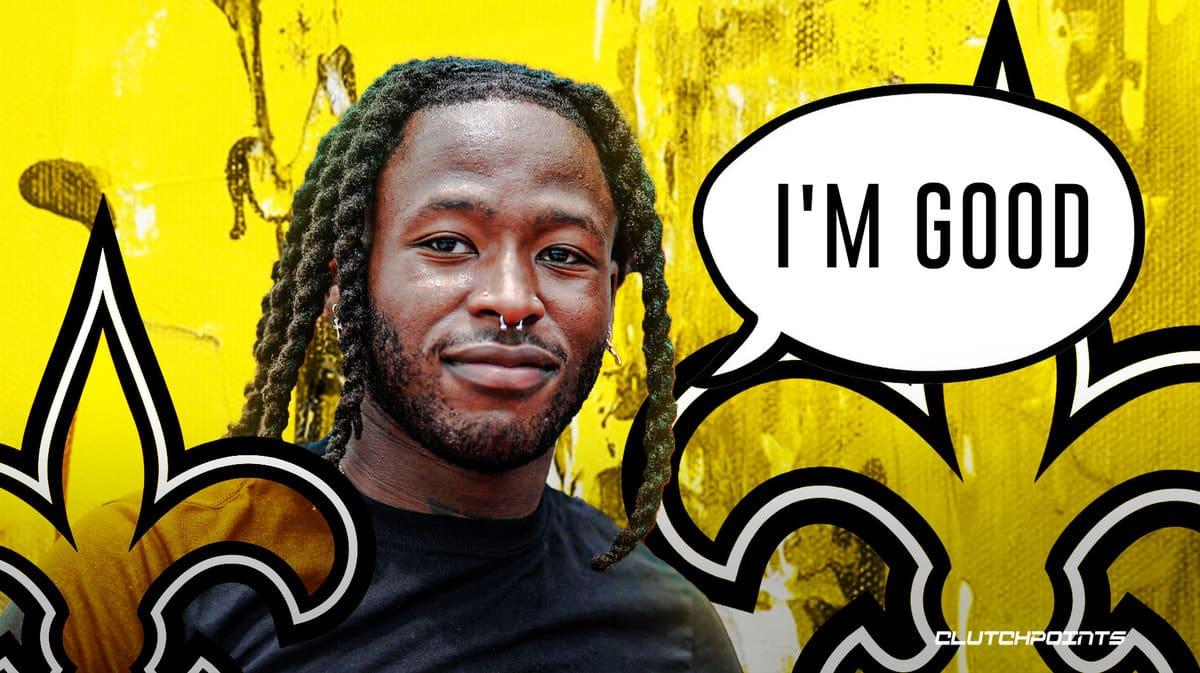 In week one, the New Orleans Saints took down the Atlanta Falcons. But the Saints sparingly used their star running back Alvin Kamara for much of the contest.

Alvin Kamara appeared in 62% of the team’s offensive snaps. He finished the day with four rushes that resulted in 39 yards on the ground. He added another seven yards on three receptions.

From a fantasy perspective, this was a disappointing outcome from the Saints’ RB1. He finished with just 7.60 fantasy points.

Many were shocked by the lack of usage from Alvin Kamara. The star running back is typically a massive piece of this offense. His lack of time spent on the field led many to question whether he was dealing with an injury or not. And apparently, it seems as though he was.

Saints head coach Dennis Allen spoke out regarding Alvin Kamara. In a tweet sent out by ESPN Saints reporter Katherine Terrell, Allen was quoted, as saying that Kamara was dealing with a rib injury.

Dennis Allen said Alvin Kamara was dealing with a rib issue Sunday but said “I think he’s going to be fine.”

Dennis Allen went on to say, “I think he’s going to be fine.” when talking about Kamara.

Even without Alvin Kamara being heavily featured in the backfield, the team still performed well. Jarvis Landry had a big day, recording seven receptions for 114 receiving yards.

And upon his long-awaited return, Michael Thomas had a big day, recording five receptions for 57 receiving yards and two touchdowns.

With a fully healthy Alvin Kamara, this offense will be even better. This team is full of potential and could prove to be a legitimate threat in the NFC.