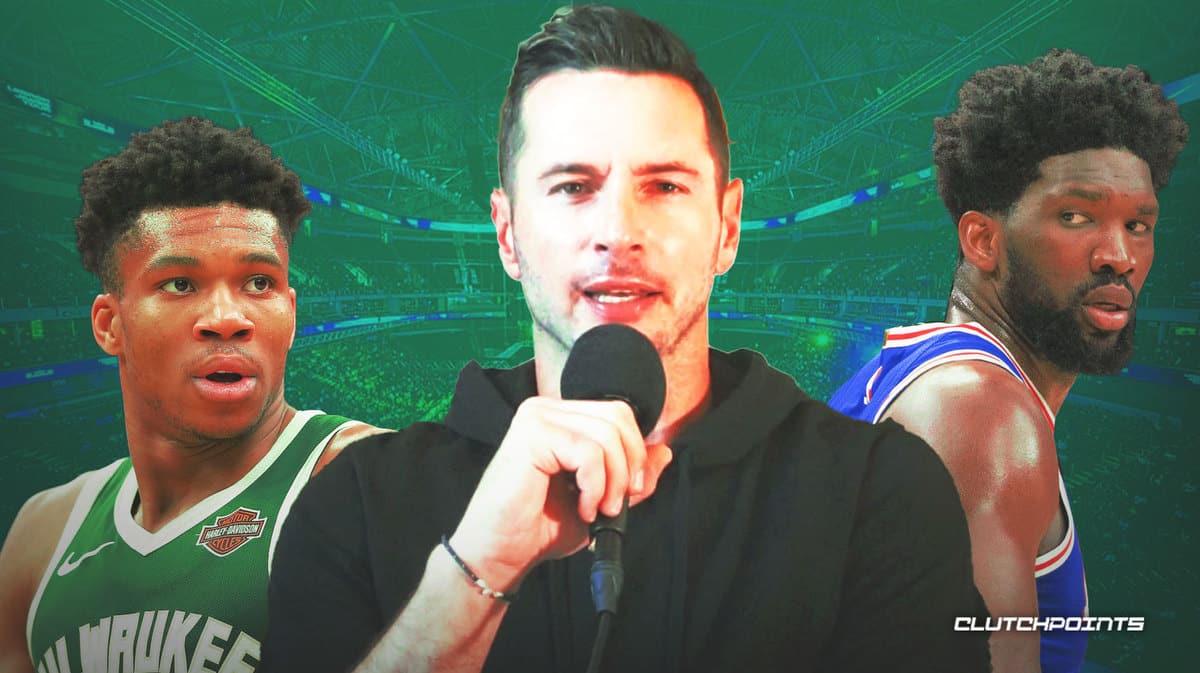 Joel Embiid believes he’s done enough this season to be crowned MVP. Just because the Philadelphia 76ers superstar is of the opinion he deserves the league’s highest individual honor, though, hardly means he’s decrying other top-tier candidates for the award while making his case.

Embiid, in fact, has long made a habit of showering his luminaries across the NBA with praise. The latest opposing star subject to his acclaim? Giannis Antetokounmpo, one of Embiid’s fiercest opponents for both the MVP and Eastern Conference supremacy in 2021-22.

On the most recent episode of The Old Man And The Three, host J.J. Redick explained to Embiid that his former teammate with the Sixers ranks among his top-three players in basketball, alongside Kevin Durant. When pressed by Embiid to single out the other member of his personal top-three, Redick named Nikola Jokic.

Embiid had one question after hearing he, KD and Jokic are in JJ’s top three…

Antetokounmpo, the reigning Finals MVP, a two-time regular season MVP and 2019-20 Defensive Player of the Year, has a convincing argument as the league’s best player based on that recent resumé alone.

He staked among the most foreceful claims of the season for that distinction earlier this week, leaving a marquee matchup against Philadelphia with 40 points, 14 rebounds and six assists on 16-of-24 shooting, plus an instant-classic, game-saving block on Embiid in the final moments of a 118-116 Milwaukee Bucks victory.

Embiid, Jokic and Antetokounmpo would be worthy regular-season MVPs, and Durant still might be the most impactful player in a seven-game playoff series. There’s no right or wrong way to rank them.

The notion that Antetokounmpo sits a rung just below basketball’s true upper echelon, though? Embiid’s skepticism of Redick’s take says it all.