What Tari Eason could give the Cavs at Pick #14

• Who should the Cavs take if they strike lottery gold again?

• Nets star Kyrie Irving drops truth bomb on what could have prevented him from leaving LeBron James, Cavs

The Cleveland Cavaliers are an American professional basketball team that plays in the Central Division of the National Basketball Association's Eastern Conference. Also known as the Cavs, this franchise was founded in 1970. They currently play their home games in the Rocket Mortgage FieldHouse in downtown Cleveland, Ohio.

Since being established in 1970, the Cavs have won one NBA title. This came during the 2015-16 season behind the heroics of the great LeBron James and Kyrie Irving. LeBron and the Cavs memorably took down the dynasty-seeking Golden State Warriors in the Finals after going down 3-1 in the series. That season, the Warriors also set the record for most wins in a season with 73 victories against just nine losses.

LeBron James is not only the greatest player in Cavs franchise history; he is also regarded by many as one of the greatest to ever play the sport. Alongside him in the history books of the Cavs are the likes of Mark Price, Brad Daugherty, Larry Nance, and Zydrunas Ilgauskas.

The Cavs' status as a perennial title contender quickly evaporated as soon as LeBron James decided to sign with the Los Angeles Lakers as a free agent in the summer of 2018. Since then, Cleveland has been on another rebuild as they look to develop their team for the future. Simply put, the Cavs have been one of the worst teams in the league over the past three years.

Five-time All-Star Kevin Love, who arrived in Cleveland as part of a blockbuster four-team trade deal back in 2014, is the only remaining member of the Big 3 from that memorable 2016 title run. Playing alongside him is a collection of young and highly-promising talent acquired by the Cavs via the draft, including Collin Sexton (eighth overall in 2018), Darius Garland (fifth overall in 2019), and Isaac Okoro (fifth overall in 2020). Together, this trio looks to serve as the team's core for years to come. 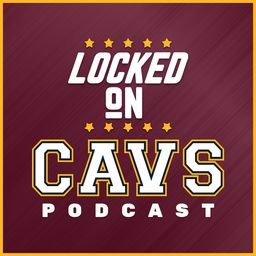 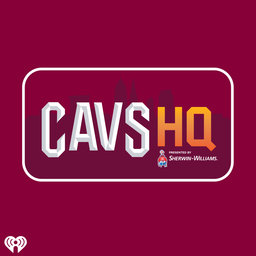 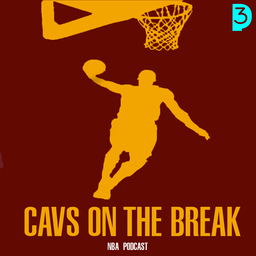 Cavs On The Break 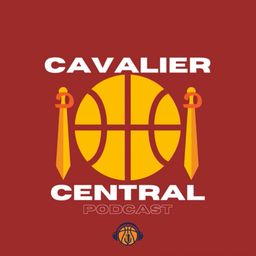 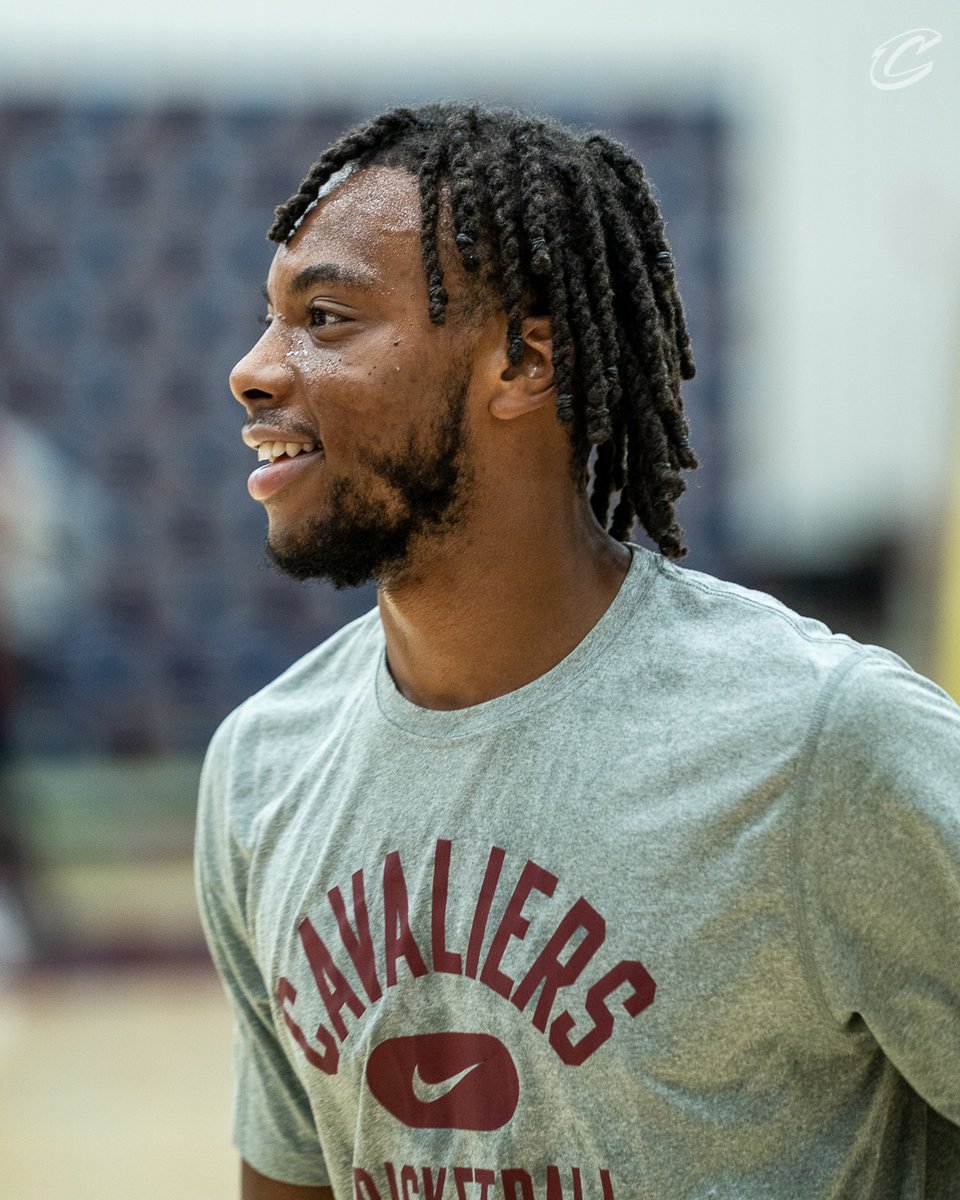 Chris Fedor
@ChrisFedor • 1d
So does this mean Boston is now up 9-2 in the series? Haha.
Chris Fedor
@ChrisFedor • 1d
Does Derrick White fall as much as Joel Embiid? Gracious. Every time I’ve looked up White is on the parquet
Cavs Nation
@CavsNationCP • 1d
Darius Garland hits close to 90% of his free throws, but getting Kevin Love's age right is like a halfcourt shot. 🤣

Can Collin Sexton and Darius Garland Play Together?

When the Cavs drafted another point guard in Darius Garland fifth overall in the 2020 draft, there were questions as to why they opted to do so when they supposedly already had their point guard of the future in Collin Sexton. After one season sharing the backcourt, the question still remains if these two can actually coexist.

Both Sexton and Garland are gifted scorers, but neither of them excel in playmaking. To make matters worse, neither are formidable defenders. Simply put, their strengths are too similar, while their weaknesses expose the incompetence of the Cavs' backcourt.

There's always a chance that these two evolve into a tremendous one-two punch for Cleveland, but based on what we've seen thus far, it would probably be best for the front office to consider converting one of them into another asset via trade.

Will The Cavaliers Trade Kevin Love?

Despite all that he has done for the team, Kevin Love has been a perpetual trade candidate. The 2020 offseason is no different for him, as he's found his name floating around in trade talks once again. This is nothing new to him anymore, really.

So, is this the year the Cavs finally get rid of Love? They will probably try (again), but ultimately, we will likely still see Love in a Cleveland uniform next season. At 32, the five-time All-Star still has three more years remaining on his deal, earning an average of $30 million per year. He is still an elite big man, but that hefty price tag is exactly what's going to prevent the Cavs from getting what they want from a potential trade deal for Love.

Then again, it's not the worst idea to keep Love on board. He's a proven veteran who could serve as the key transition piece for the team's budding core.

Can The Cavaliers Make The Playoffs Next Season?

With one more year under their belt, this young Cavs team will be better in the 2020-21 campaign. Will their improvements be enough to lead this team to a postseason run? That's unlikely.

Barring a franchise-altering deal (or deals) in the offseason, we just don't see this Cavs team making a run for the playoffs next season, especially with the East expected to be more ruthless next term. Cleveland is at least two or three more years from becoming a relevant threat in the conference.

What Should The Cavaliers Expect From First Overall Pick Isaac Okoro In His Rookie Season?

With their fifth overall pick in the 2020 NBA Draft, the Cavs took a huge gamble on 6-foot-6 small forward Isaac Okoro. There were a number of other forward options available for the Cavs at that point in the draft (Obi Toppin and Deni Avdija are two names that stand out), but Cleveland decided that Okoro was the right man for their requirements.

Okoro comes in as a key defensive piece for the Cavs, who are currently in dire need of an upgrade in this particular department. Okoro emerged as one of the top wing defenders in college last season, which is likely the biggest reason Cleveland opted to bring him on board.

The former Auburn standout will likely end up starting for the Cavs at some point in the coming season, but we expect coach J.B. Bickerstaff to ease Okoro into the lineup. Cedi Osman could get the nod as the starting SF to start the season, but once Okoro gets his legs under him, the starting gig should be his for the taking.

Did The Cavaliers Make The Right Move Not Re-Signing Tristan Thompson?

After spending the first nine years of his career in Cleveland, Tristan Thompson bid farewell to the franchise that drafted him as the fourth overall pick back in 2004. The 6-foot-9 big man, who became an unrestricted free agent in the offseason, put pen to paper on a two-year deal with the Boston Celtics for $19 million. Thompson will be earning significantly less than he did over the past five years (he topped out at $18.5 million last season), but the $9.5 million per year he's going to be earning with the C's is still a lot of money.

Previous reports stated that the Cavs and Thompson's camp were unable to see eye-to-eye in contract talks, and his decision to sign with Boston serves as testament to this fact. Simply put, Cleveland was unwilling to pay Thompson the money he was asking for. Was it the right decision for the Cavs to let him walk? From a financial standpoint, that's probably a yes.

Thompson is not exactly a centerpiece big man, and with Andre Drummond and Kevin Love (and most recently JaVale McGee) in the mix, there was a bit of a logjam in the Cavs' frontcourt. The Cavs already shelled out a whopping $82 million to Thompson over the past five years, and at this point, $9.5 million per season turned out to be outside of Cleveland's price range.

How Much Are The Cavaliers Worth?

Who Owns The Cavaliers?

Dan Gilbert is the owner of the Cavs. The 58-year-old billionaire grew his fortune in the industry of mortgage loans, co-founding Quicken Loans and currently serving as the chairman.

Gilbert purchased the Cavs in 2005 for $375 million. The most significant highlight of his tenure as the franchise owner is the team's one and only championship in 2016.

Gilbert also owns the Canton Charge of the NBA G League, as well as the Cleveland Monsters of the American Hockey League.

Who is The Cavaliers' Head Coach?

Cleveland's current head coach is 41-year-old J.B. Bickerstaff. He took over the team after John Beilein resigned from the post in February of 2019. Bickerstaff, who was previously occupying the position as an assistant coach, was announced as the Cavs' interim head coach in the wake of Beilein's departure. One month later, he agreed to a multi-year contract with the team to serve as the head coach on a permanent basis.

Who Are The Cavaliers’ Assistant Coaches?

Prior to getting promoted for the head coaching gig, Bickerstaff was one of the top assistant coaches of the squad under Beilein. The team's other assistant coaches are Dan Geriot, Antonio Lang, and Lindsay Gottlieb. Mike Gerrity and J.J. Outlaw both serve as assistants primarily focused on player development. Ahead of the 2020-21 season, the Cavs also signed Greg Buckner as an assistant.

Who Are The Best Cavaliers Coaches Of All Time?

Despite being the head coach of the Cavs for just three years (and six games in his fourth season), many will argue that Tyronn Lue should be considered as the greatest Cavs coach of all time. Lue coached the team to its one and only championship in franchise history back in 2016 -- as a rookie coach. With LeBron James at the helm, Lue followed that title-winning campaign with two consecutive NBA Finals appearances.

Other greats include Lenny Wilkens, Mike Brown, and Mike Fratello, who themselves had countless contributions to the franchise during their respective tenures.

Who Are The Top 5 Cavaliers Players Of All Time?

LeBron James will go down in history as one of the greatest players of all time, which makes him an easy pick as the Cavs' GOAT. After all, the Akron-native did deliver the team's first ever title in 2016.

Four-time All-Star Mark Price needs to be given credit for all that he did for the team during the 1980s and 1990s, and the same can be said about former first overall pick Brad Daugherty, whose career was abruptly ended due to lingering back issues.

Larry Nance Sr. and his defensive prowess makes him a clear addition to this list, while Lithuanian big man Zydrunas Ilgauskas, who made his mark with the Cavs during the late 1990's to 2000's, rounds out our Top 5.

Who Are Cavaliers Legends?

Aside from the aforementioned Top 5 greatest Cavs players of all time (LeBron James, Mark Price, Brad Daugherty, Larry Nance Sr., and Zydrunas Ilgauskas), we also need to mention a few more guys that have made their mark in franchise history.

Most recently, I believe Kyrie Irving and Kevin Love require a nod at the very least for the role they played in the 2016 title run -- among other things.

From the '70s we have Austin Carr, Campy Russell, and Jim Chones, followed by World B. Free and Ron Harper and their impact in the '80s. During the '90s era, a couple of the more memorable names that pop out include John "Hot Rod" Williams and Terrell Brandon.