Jedd Pagaduan • 8 hours ago
The Orlando Magic definitely struck gold when they selected Paolo Banchero first overall in the 2022 NBA Draft. Having recently only turned 20 years old in mid-November, Banchero has come out of the gates as one of the best scoring rookies the league has ever seen. Alas, Kevin Durant and the Brooklyn Nets gave Banchero and the Magic a sobering reminder of how far they’re yet to go in terms of their rebuild after Durant put up 45 points to lead the Nets to a 109-102 victory on Monday night.

• Paolo Banchero’s latest feat only ever done by LeBron James

The Orlando Magic are an American professional basketball team that plays in the Southeast Division of the National Basketball Association's Eastern Conference. The Magic were established in 1989 and they play their home games in the Amway Center in downtown Orlando, Florida.

The Magic are one of the younger franchises in the NBA. To date, this team has yet to win its first NBA title. They came close on two separate occasions. In 1995, a Shaquille O'Neal-led Magic side went all the way to the Finals only to be defeated by the Houston Rockets in a clean sweep. 14 years later, another all-time great big man in Dwight Howard carried Orlando to the NBA Finals, where they faced off against Kobe Bryant and the Los Angeles Lakers. The Magic lost that series as well, 4-1.

Aside from Shaq and Dwight Howard, a number of other players have established themselves as all-time Magic greats, including Anfernee Hardaway, Tracy McGrady, Nick Anderson, Grant Hill, and Scott Skiles.

The Magic have been a bit of a fringe team over the past couple years. Thanks in large part to the outstanding play of now-former cornerstone big man Nikola Vucevic, Orlando made it to the postseason in 2019 and 2020. However, both trips ended in early first-round exits for the Magic.

Orlando had a rough start to the 2020-21 season, which led to their decision to embrace a complete overhaul. They traded away nearly all of their key players prior to the March trade deadline. Vucevic made his way to the Chicago Bulls, Aaron Gordon was sent to the Denver Nuggets, and Evan Fournier was moved to the Boston Celtics. These midseason moves are a clear indication the Magic are ready to focus on youth development for the years to come.

At this point, Orlando has a number of young guys that appear to have bright futures ahead of them. This includes two rookies drafted in 2020, Cole Anthony and Chuma Okeke. The Magic also acquired highly-promising big man Wendell Carter Jr from the Bulls as part of the Vucevic deal. The second-year center certainly has the makings of the Magic's big man of the future. Former first overall pick Markelle Fultz (acquired via trade from the Philadelphia 76ers in 2019) could also still play a significant role for Orlando moving forward. The Magic are also high on 23-year-old Jonathan Isaac, who was their sixth overall pick in 2017. 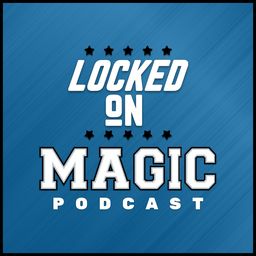 Locked On Magic - Daily Podcast On The Orlando Magic 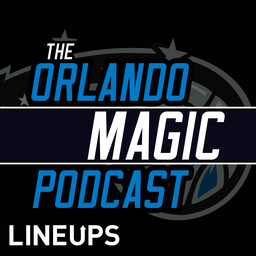 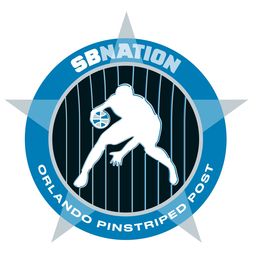 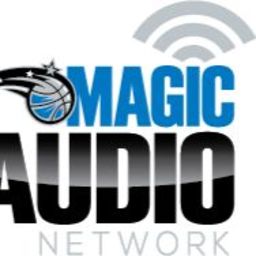 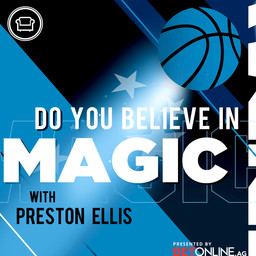 Do You Believe in Magic? 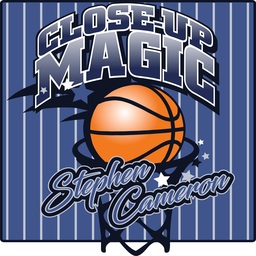 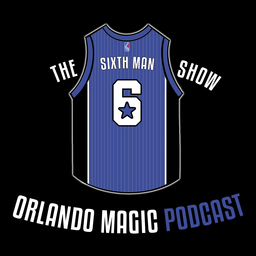 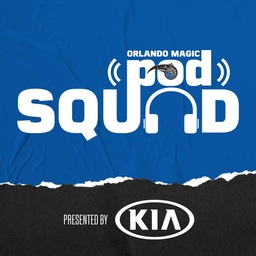 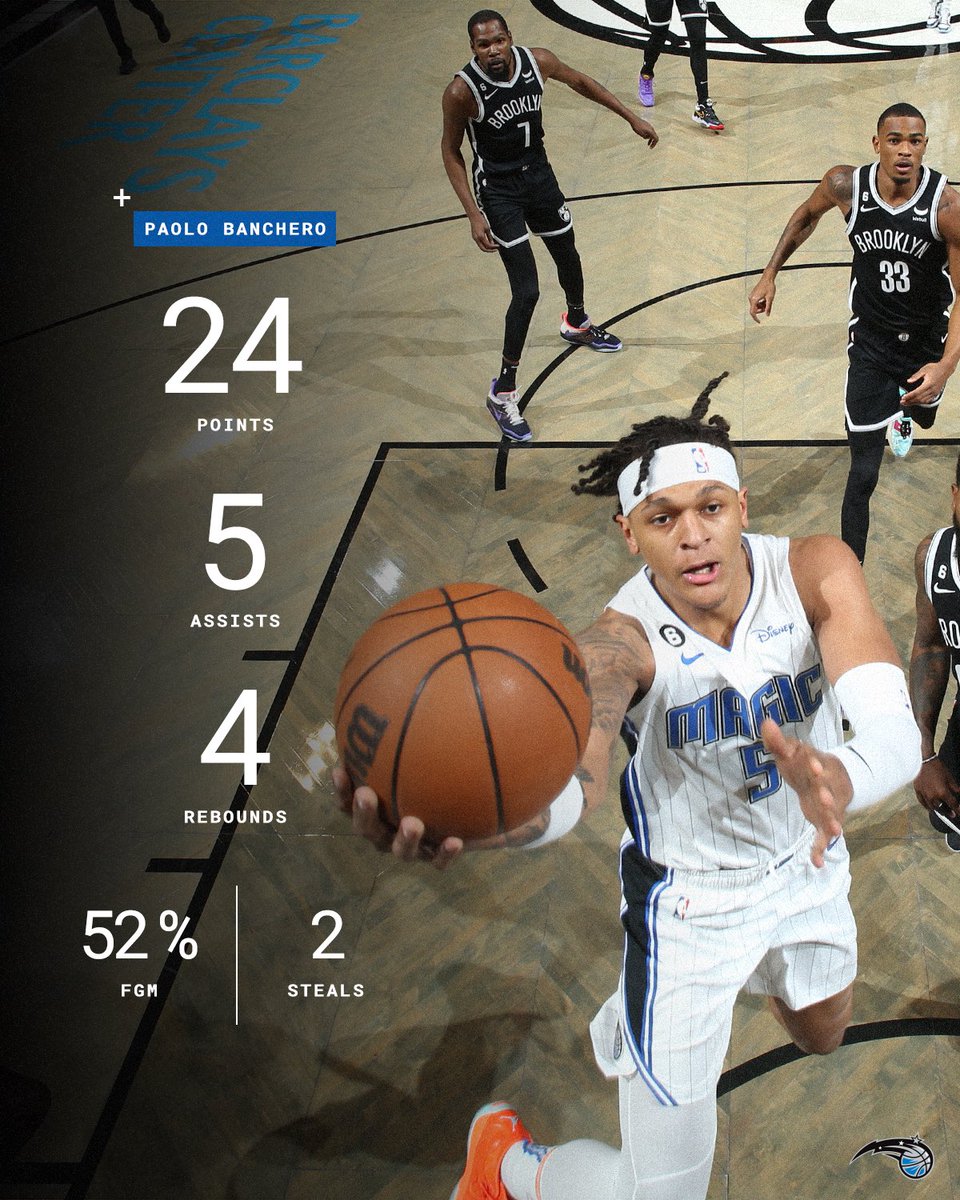 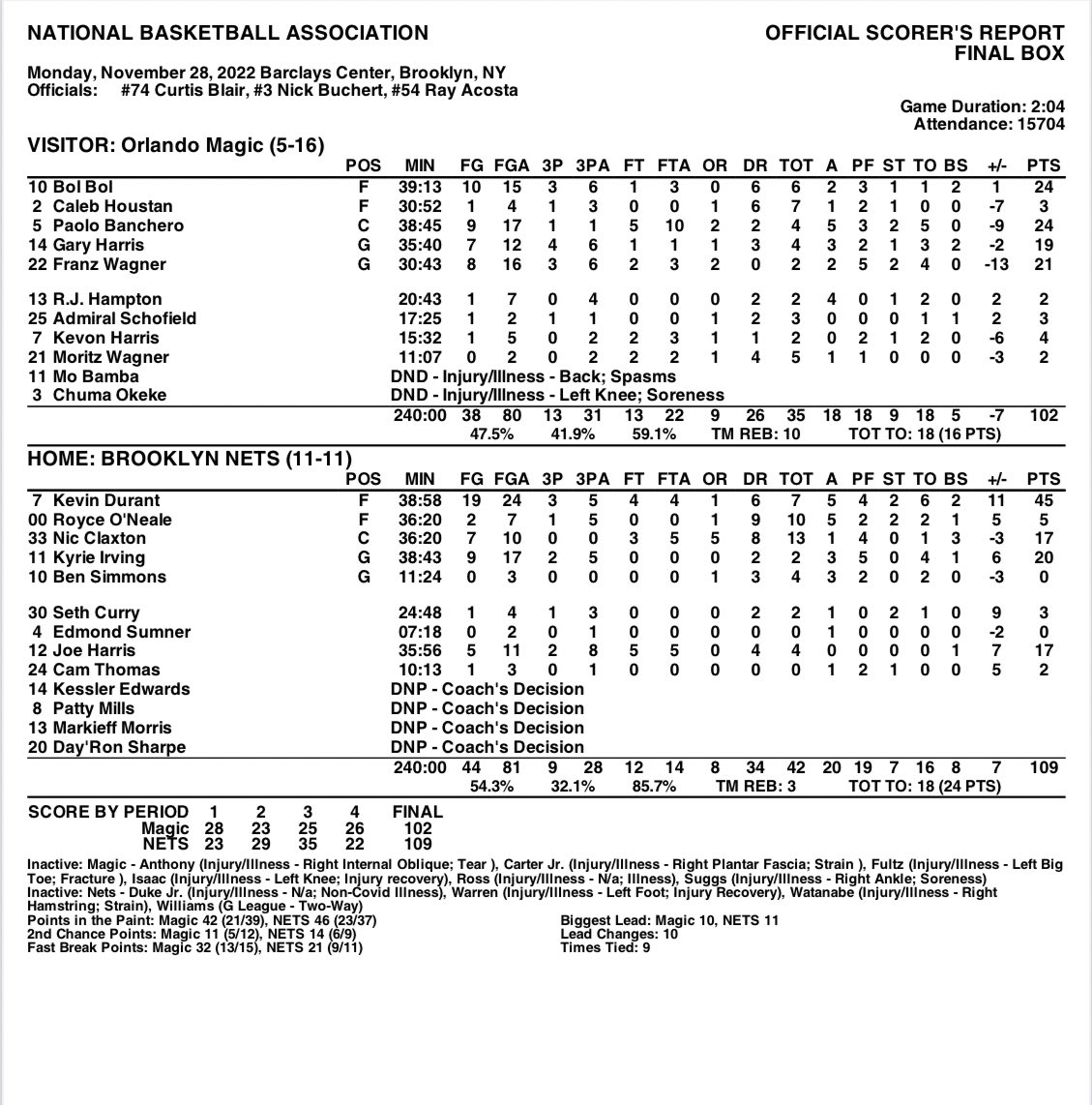 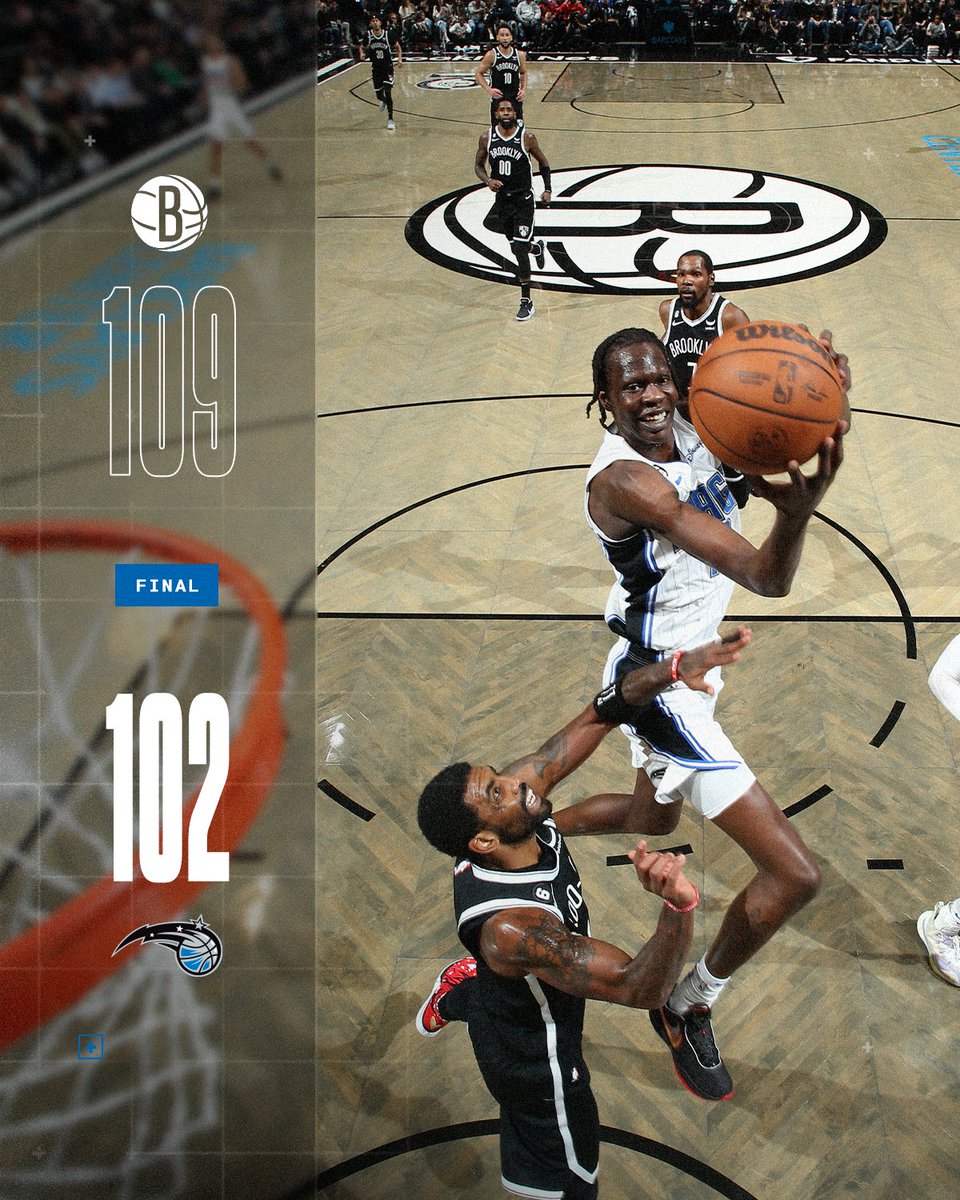 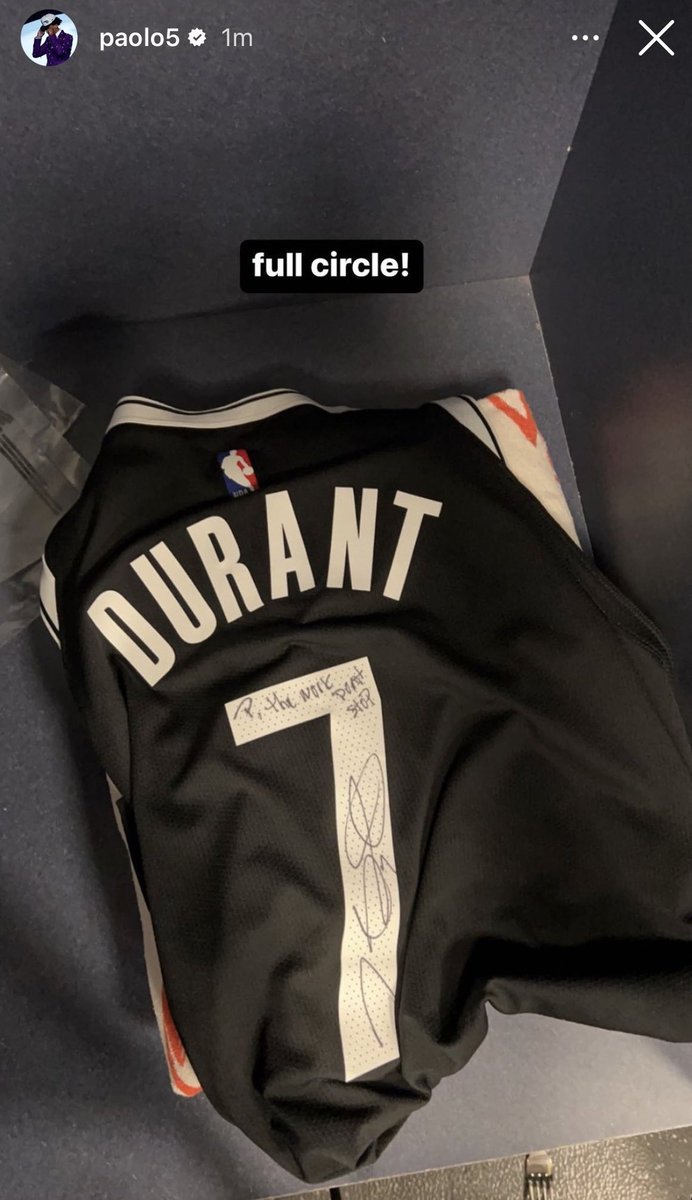 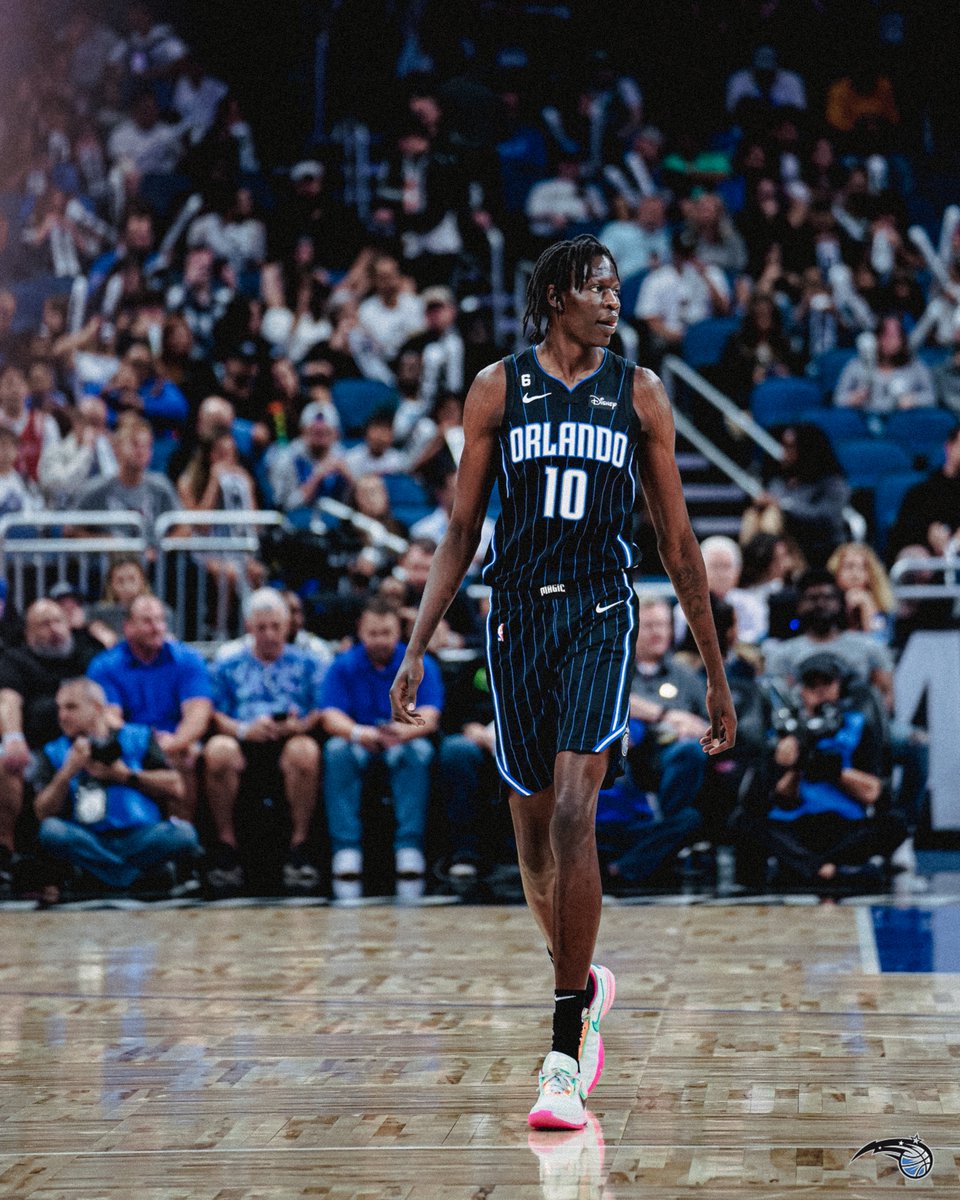 How Did The Magic Get Their Nickname?

The team name 'Magic' is associated with Orlando's biggest tourist attraction in the city, Walt Disney World. The world-renowned park features the famed Magic Kingdom, which is where the franchise borrowed its name from.

What Number Did Shaquille O'Neal Wear For The Magic?

Hall of Famer Shaquille O'Neal dawned the No. 32 jersey during his time with the Orlando Magic. When he moved to the Los Angeles Lakers in 1996, he switched to No. 34 because Magic Johnson's No. 32 was retired in 1992. Shaq reverted to his No. 32 shirt after his stint in LA. He wore the same jersey number with the Miami Heat and the Phoenix Suns. O'Neal switched to No. 33 while he was with the Cleveland Cavaliers, and finally, he used the No. 36 in his final season with the Boston Celtics.

When Will The Magic Get Back To The NBA Playoffs?

Prior to the start of the 2020-21 season, there was a strong belief that the Magic were going to retain their status as a fringe playoff team in the East. They had a trio of highly promising rookies on the roster with Cole Anthony, Chuma Okeke, and R.J. Hampton. All-Star big man Nikola Vucecic was supposed to lead the team to their third consecutive postseason appearance with the help of the likes of Aaron Gordon, Evan Fournier, and Markelle Fultz, to name a few.

It was clear pretty early on that this was not going to be the case for Orlando, so the front office made the decision to blow up the squad by trading away their best players on the deadline. This was a clear indication of the Magic's intention to overhaul their squad, as they now turn to youth development as their primary focus. As such, it looks like Orlando is going to miss the playoffs over at least the next couple of years.

Jonathan Isaac and Markelle Fultz should be back in the lineup next season, and Wendell Carter Jr could prove to be a key piece for the squad. They also have a myriad of young talent on their roster, and there’s a lot of excitement about rookies Jalen Suggs and Franz Wagner. While the future is certainly bright for Orlando, it does not look like they have the makings of being a playoff team. Rebuilding is a long and arduous process, and until their players (hopefully) develop into real studs in the coming years, then there likely won't be any playoff basketball for the Magic for the foreseeable future.

How Much Are The Magic Worth?

Forbes lists the value of the Orlando Magic franchise at $1.4 billion as of February 2021.

The team is currently owned by the DeVos family, who themselves purchased the franchise 1991 for $85 million.

Who Owns The Magic?

Richard DeVos was an American billionaire who made his fortune by co-founding Amway in 1959. He passed away in September 2018.

Who Is The Magic’s Head Coach?

The Orlando Magic recently decided to cut ties with Steve Clifford after serving as the team's head coach for the past three seasons. Next man up for Orlando is rookie coach Jamahl Mosley, who currently holds no experience as a head coach in the NBA. Nevertheless, Mosley has been around the league for a considerable amount of time serving as an assistant coach for the Denver Nuggets, the Cleveland Cavaliers, and most recently, the Dallas Mavericks. Mosley also held the post as the Mavs' defensive coordinator since 2018, and defense should be one of his top priorities now that he's sitting at the helm in Orlando.

Who Are The Magic’s Assistant Coaches?

The transition in the head coaching post for the Magic also meant that there was likely going to be an overhaul for the rest of the coaching staff. True enough, Orlando's front office recently named five new assistants that will be working under Jamahl Mosley for the 2021-22 season. Namely, these are Nate Tibbetts, Jesse Mermuys, Dale Osbourne, Bret Brielmaier and Lionel Chalmers. Out of the lot, Chalmers is the only member of the coaching staff who also served under Steve Clifford. Chalmers was Clifford's associate head coach and was also assigned to player development.

Who Are The Best Magic Coaches Of All Time?

Doc Rivers has been around the block for quite some time now, but the tenured coach started off his career with the Orlando Magic. He spent five seasons with the organization, amassing 171 wins throughout his tenure, which is third all-time in franchise history. Rivers also led his squad to three postseason appearances, although they were never able to get out of the first round.

Next on our list is Stan Van Gundy, who was the man at the helm during the Dwight Howard glory days. SVG also spent five seasons at the helm in Orlando. In 2009, Van Gundy led the Magic to the Eastern Conference championship for the first time in 14 years and just the second time in franchise history. SVG holds a career record of 259 wins and 135 losses with Orlando.

Arguably the greatest coach in Magic history is Brian Hill. He was Orlando's head coach when they went all the way to the NBA Finals for the first time in history back in 1995. Shaquille O'Neal was a young up-and-comer in the league at that time, and unfortunately for Orlando, they were outmatched by Hakeem Olajuwon and the Houston Rockets in the Finals, with the Rockets bagging the title following a dominant four-game sweep. Hill holds the franchise record for most wins with 267 victories in six years.

Who Are The Top 5 Magic Players Of All Time?

Nick Anderson may not have had a decorated career, but there's no denying that he had a significant impact on the Orlando Magic franchise in his decade-long tenure with the team. Anderson was a key player for Orlando during the 1990's playing alongside the dynamic duo of Shaquille O'Neal and Penny Hardaway. Anderson played 692 games for the Magic, which currently stands as the all-time franchise record.

One half of Orlando's unforgettable duo during the 1990's was 6-foot-7 guard/forward Anfernee Hardaway. Penny was so good that at one point in his career, he was dubbed as the next Michael Jordan. Unfortunately for him, injuries mired what was once a very promising career. Nevertheless, Hardaway was a key player for the Magic during their 1995 Finals run.

The high-flying Tracy McGrady played just four seasons with the Magic, but one could argue that these were the most memorable moments of his entire career. In four years with the squad, T-Mac averaged a career-best 28.1 points per game which led to no less than two scoring titles. This also stands as the franchise record for points per game. In 2001, McGrady also bagged the Most Improved Player of the Year.

Shaq may have had a more memorable career, but it's hard to deny that Dwight Howard had a bigger impact on the Orlando Magic franchise. Howard currently holds the franchise record for minutes played, free throws, rebounds, blocks, and points. It was Howard at the helm when the Magic won the Eastern Conference championship for the second time in franchise history. Howard's exit from Orlando was not exactly amicable, but he is still fondly remembered as an all-time great.

Who Are Magic Legends?

The Orlando Magic had arguably their most successful run as a franchise during the 1990s. This was during the era of a trio of players that have since earned legendary status in the history books. Orlando's cornerstone superstar at that time was none other than Shaquille O'Neal, who they drafted first overall in 1992. Shaq was the centerpiece of the 90's Magic, but what took them to another level was the arrival of Anfernee "Penny" Hardaway in 1993. Penny was a prolific scorer, and he looked like the perfect partner to Shaq's dominance down low. This was until injuries derailed Hardaway's once-promising career. The third piece to Orlando's trifecta was none other than Nick Anderson -- a 6-foot-6 swingman who could catch fire at any given time.

Fast forward several years later and the Magic got their hands on another dominant big man as a top pick. This came in the form of Dwight Howard, who himself currently holds a number of franchise records for Orlando. This includes points, rebounds, and blocks, to name a few. The one sour note of Howard's tenure with the Magic is his messy divorce with the team in 2012 where he basically forced his way out of Orlando.