Stephen Curry ready to play Game 5 against Blazers despite ‘fatigue’

Stephen Curry put his body through a lot last game. But the MVP is ready for Game 5.

Curry came off the bench in Game 4 of the Western Conference Semifinal series between the Warriors and Trail Blazers. He had missed four consecutive games while nursing himself back from injury, and was supposed to be easing himself back into game speed.

That all changed when Shaun Livingston was ejected after receiving his second technical foul, forcing Curry to play extended minutes – minutes that grew even longer when the game went into overtime. Of course, that’s when Curry took over with an NBA-record 17 overtime points to seal the victory.

But you’d have to think that Curry’s 36 Game 4 minutes took a toll on his body after being out for so long. And you’d be right.

“It’s sore. My body is a little fatigued, but that’s to be expected. I think I’m in pretty good shape right now for what I need to do (Wednesday) night.” 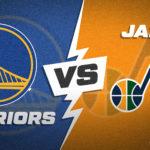 After explaining how his confidence fueled him through a rough shooting start in Game 4, it’s no surprise that Curry reiterated his high self-expectations after his return to the court:

“I wasn’t surprised (by the 40 point performance). All the work that I put in to just getting back on the court and what the athletic training staff did here at the Warriors and the plan that we had to get back on the court wrong and ready to play, I knew I was ready for that moment.”