Steve Nash was one of the best point guards of all time. He was a terrific distributor on the court for the Phoenix Suns for the entirety of his NBA career.

We had always heard of Steve Nash’s skills on the pitch as well, but we were never able to see him go against any of the current or former professionals.

That is, until this announcement was made just a couple of days ago: 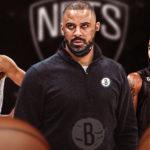 RUMOR: Ime Udoka hiring is not final just yet amid major pushback within Nets 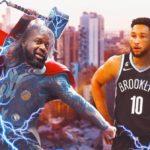 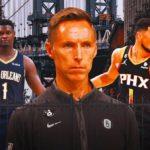 3 best destinations for Steve Nash after parting ways with Nets

[button width=”full” button size=”bigger” color=”custom” align=”center” textcolor=”#ffffff” texthcolor=”#ffffff” bgcolor=”#8b0000″ link=”https://clutchpoints.com/steve-nash-open-to-working-with-suns-one-day-but-not-now/”]NEXT: Steve Nash Is Open To Working Out With The Suns One Day But Not Now[/button]