The Phoenix Suns will start on a three-game road trip on Tuesday and according to head coach Monty Williams, Deandre Ayton will continue coming off the bench.

Per Duane Rankin of AZ Central, Williams likes Ayton’s performance coming off the bench and he’s sticking to it.

Ayton, the first overall pick of the 2018 NBA Draft, has played just nine games this year. To recall, he served a 25-game suspension at the beginning of the year for testing positive for a substance banned under the league’s performance-enhancing drug policy.

So far, he’s averaging 15.4 points, 11.2 rebounds, 1.6 blocks, across 30.2 minutes of action. In a recent interview, the Suns big man shared his thoughts on his new bench role, noting that he’s working for his team and to get some wins. Per AZ Central:

“New. New,” said Ayton when asked how it felt coming off the bench. “I’ve never been through this, but it’s new. I’m just holding my head high and just working.”

The Suns currently sport a 16-23 record. Under their new coach, the organization seems to be heading in the right direction. From being a bottom feeder in the last four seasons or so, the Suns are making a run at the playoffs — a good sign especially since they’re in the tough Western Conference.

Their road trip will start on Tuesday against the Atlanta Hawks, followed by the New York Knicks on Thursday, then the Boston Celtics on Saturday. 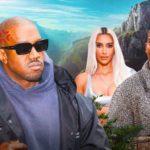 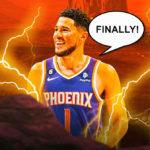