The 15 most absurd contract clauses for players in NBA history

The 15 most absurd contract clauses in NBA history

NBA contracts, in general, have become a little crazy, but NBA contract clauses are often even crazier.

LeBron James, Kawhi Leonard, Stephen Curry, and Damian Lillard are each worth their multi million-dollar paychecks. But when role players and guys who spend more time on the bench than the court make $10+ million—that’s not just wacky, that’s insane!

Of course, when that game is a multi billion-dollar industry, those who are playing it are going to be well compensated.

For some guys, the paycheck they get from their base pay is not enough to drive them. They need a little more encouragement to play well. Teams are often more than happy to provide them with that motivation with a clause in their contracts. In many cases, the incentives make sense. But in some, they are downright perplexing and odd.

You could even say wacky and unconventional. But hey, if that’s what a player needs to drive himself and feel special– fine.

The following are some of the more entertaining clauses that have been included in NBA contracts over the years:

Jordan shocked the world when he retired following a championship season in 1993 to pursue a career in baseball. To step down at the height of his popularity and away from the money— well, people thought he was nuts. But, it just so happened that Bulls owner Jerry Reinsdorf owned the Chicago White Sox, the club Jordan’s minor league team was affiliated with. Reinsdorf paid Jordan the $4 million he would have if Jordan had remained in the NBA.

For NBA players, this can often include playing pick-up games or in exhibitions in the off-season. But Jordan wanted to play when he wanted to play. So, he had a “Love of the Game” clause in his contract that allowed him to play whenever he wanted and under whatever conditions he deemed appropriate.

It is not unusual to hear about offensive linemen in the NFL having weight-related clauses in their contracts, but NBA players? Not so much. But when the Boston Celtics signed Davis to a two-year, $6 million contract in 2009, they included a $500,000 weight loss challenge. They wanted him big, but not too big (whether he hit the target was ever made public).

The Clippers were playoff-making team they are now. They used to be one of the worst teams in the league. So, when they signed Baron Davis to help them climb out of the cellar, they set the expectations pretty low. They offered him a $1 million bonus if he played in 70 games and the team won at least 30. He ended up playing in 75, but the Clippers only won 29 that year.

During his time with the Miami Heat, Chalmers was offered $19,580 to show up to summer league workouts and participate in the skill/conditioning program.

The Nets included some performance incentives in Battie’s contract in 2009. If he played in 50 games and averaged eight rebounds, he’d get $100,000, another $100,000 if he also averaged five free throw attempts (he didn’t even have to make them), and another $100,000 if he was active for 50 games and the team made the playoffs. What’ so wacky about those? Battie never averaged more than 1.8 free throw attempts a game. At his best, he averaged 6.5 rebounds a game. The Nets hadn’t even come close to making the playoffs in years prior either.

Rather than give him an incentive for shooting well from the free throw line, three-point line, and from the field, the Spurs gave Bonner one in 2010 if his average for all three equaled 169. He hadn’t come particularly close to the mark before and didn’t make it then either (157).

Collison was an award-winning player in college, so just in case he became one in the NBA, and there was an MVP-clause included in his contract. Be named the NBA MVP, and he’d earn $100,000. Exactly when this clause was part of his deal is not clear. But, it is safe to say he never came close to living up to that one.

If he became an All-Star, he received a $325,000 bonus. Since the NBA all-star team is compiled by fan votes, that would mean he would need to be one of the more popular players in the NBA. Popular players score more than 14.2 points a game (his single-season career high). They certainly don’t bounce around to six different teams in 11-years.

He’ll forever be known as the guy traded four times in six days back in 2015. But at some point, someone (maybe himself) thought highly of his defensive skills. He had a contract clause in his Seattle NBA contract in 2006 requiring he be paid $1.5 million if he was named Defensive Player of the Year (it didn’t happen).

Cleveland signed Hughes to a five-year, $70 million contract in 2005 to help LeBron James lead the team to glory. They were so sure he’d be a huge help building the team up, they included a $1.6 million bonus if the team won 55 games in the 2009-10 season. He got traded during the 2007-08 season to the Chicago Bulls, who traded him to the New York Knicks during the following season. During the 2009-10 season, he was traded once again—to the Sacramento Kings, who won 25 games that year.

Whether this clause existed is a mystery, but rumor has it that while with the New York Knicks, Novak could not own a dog. The Knicks didn’t hate man’s best friend. They were just trying to protect Novak from himself since he was allergic to dog fur. If caught with one, he had to donate $100,000.

When he played for the San Diego Clippers, Bill Walton had quite a few unique clauses included in his contract. But, one of the more notable ones had to be the one involving The Boss, Bruce Springsteen. He wanted eight tickets to each of Springsteen’s seven sold-out shows at The Sports Arena that October. But he didn’t demand the team pay for them; just acquire them. He did, however, say that he would only pay face value. 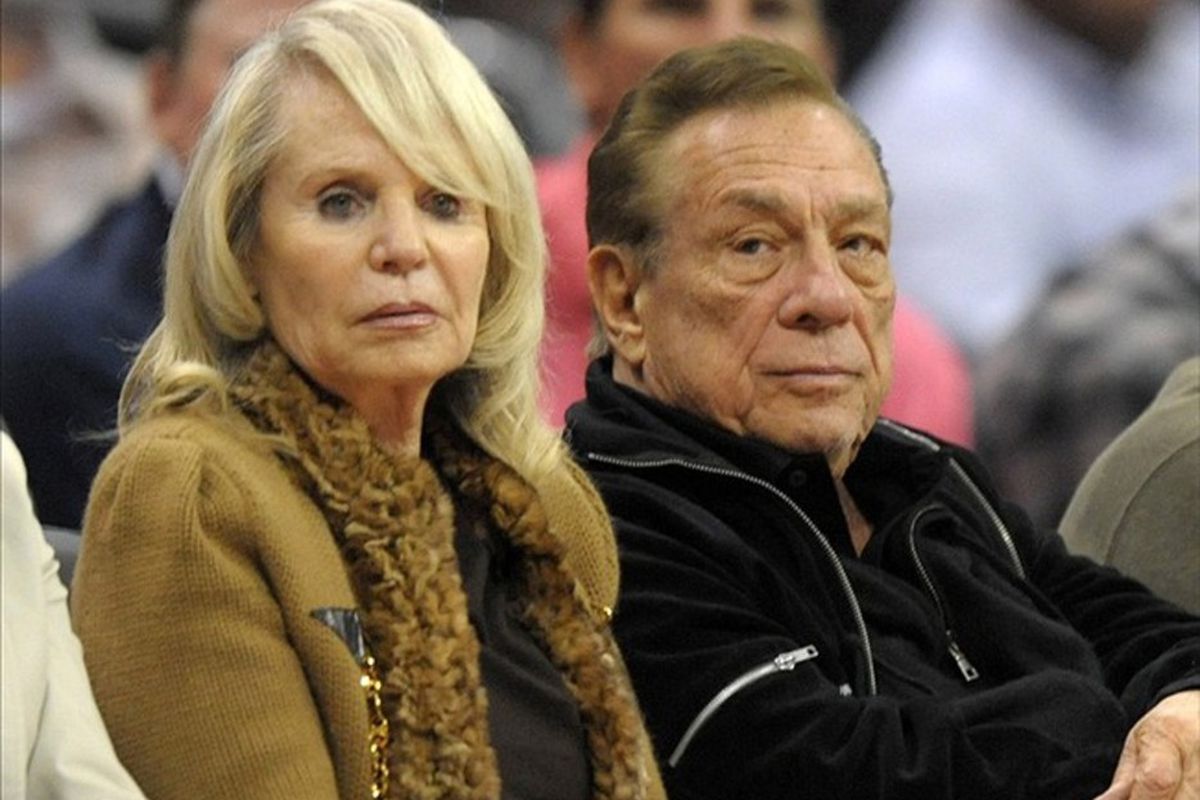 Perhaps the weirdest NBA-related contract clause of them all is one that doesn’t even involve a player, but a former owner. When Shelly Sterling sold the team for her disgraced husband (you can read the full story here), Donald Sterling, in 2014, she had a few interesting clauses included in the deal:

JUST IN: Pelicans’ Lonzo Ball feels like he ‘let the team down’ in Orlando
Related TopicsClausesContractMichael JordanNBA Contract ClausesSteph Curry