If you had Phoenix Suns talent TJ Warren and Los Angeles Lakers guard Isaiah Thomas exchanging light jabs with each other on social media in your office pool, congratulations. You just won something.

In what was merely a simple, giggle exchange, Warren posted something. After that, Thomas called the uniforms something other than a positive adjective, with the Suns talent saying IT is who you want guarding you if you want a bucket.

How do we know that? I’m glad you asked. 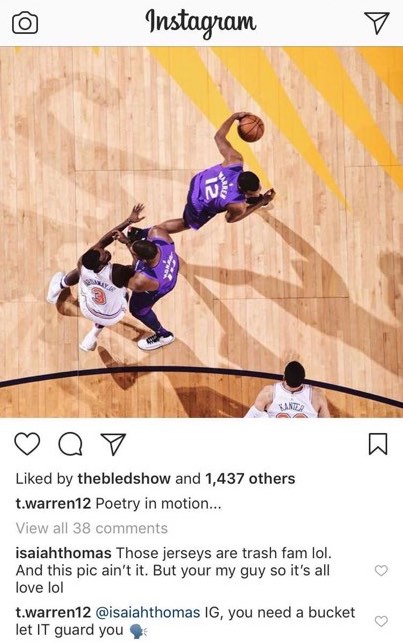 Here is the link to the actual social media posting, but at this point you might have to dig a bit to see the two slam each other over the head with words.

With the NBA Finals only recently ending, as the NBA Draft is quickly approaching, lost in the shuffle are guys like TJ Warren and Isaiah Thomas — who are otherwise lost in the shuffle of the regular season. Not exactly their fault, though, as neither of their teams were exactly all that and a bag of chips this season.

Maybe Warren will take a page out of Thomas’ teammates’ playbook and release a dis-track like Lozno Ball did to Kyle Kuzma. Probably not, but it is the offseason and now is as good a time as any for tomfoolery and shenanigans.

The biggest reasons why teams are hesitant to sign Cam Newton

Carmelo Anthony’s net worth in 2020