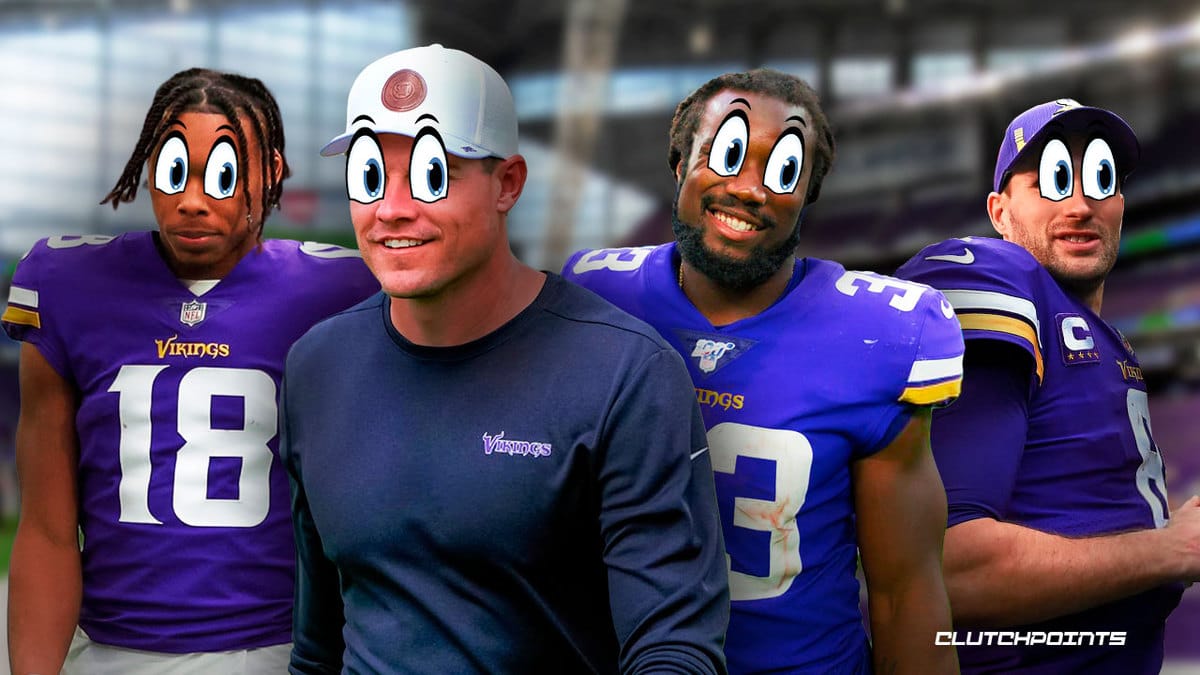 The Minnesota Vikings enter a make-or-break season in 2022. Following an NFC Championship Game run in 2017, the Vikings have missed the playoffs in three of the last four seasons. After the last few seasons, many have doubts that this group can live up to expectations.

Most of this Vikings roster is still intact from last season, including outstanding talents such as Justin Jefferson and Danielle Hunter. Not everything is the same, though, with the biggest addition being former Packers edge rusher Za’Darius Smith. The Vikings also replaced longtime head coach Mike Zimmer with former Los Angeles Rams offensive coordinator Kevin O’Connell.

Coming off a Super Bowl victory with Los Angeles, O’Connell has big plans for Minnesota this season. With training camp underway, fans now have a clearer view of O’Connell’s vision after the release of his first depth chart. Most of the depth chart lines up with projections, but it contains a few surprises as well.

3. Ihmir Smith-Marsette ahead of Albert Wilson at wide receiver

The Vikings have a strong wide receiver room all things considered. Jefferson and Adam Theilen, who combined for over 2,300 yards and 20 touchdowns last season, make up one of the best receiver duos in the league. Behind them, K.J. Osborn broke out for 655 yards and seven touchdowns last year and makes a great third receiver.

Any wide receivers behind those three are more depth than key players. Still, seeing Smith-Marsette, a second-year player, ahead of a veteran like Wilson is a bit of a head-scratcher.

Smith-Marsette saw very limited action in his rookie season, catching just five passes for 116 yards. Wilson has never been a star in the league, but he has proven to be a solid depth receiver. The former Chief and Dolphin has at least 15 catches and over 200 yards in each of his seven pro seasons.

Perhaps O’Connell wants to see what he has in Smith-Marsette. This decision isn’t a huge shock, but rather a mild surprise.

2. Harrison Hand as a second-string cornerback

Minnesota’s secondary is a clear weakness on the team. The Vikings finished with the fifth-worst passing defense in the NFL last season and allowed over 250 yards per game through the air. To their credit, they addressed the need through the draft with Andrew Booth Jr. and Lewis Cine.

Patrick Peterson and Cameron Dantzler are the clear top two corners, with Booth taking the third spot behind them. For the depth, however, O’Connell made the surprising decision to name Hand the other second-string corner opposite Booth. Hand, a fifth-round pick in 2020, had just five tackles in eight games played last season.

The two corners third-string corners behind Hand, Chandon Sullivan and Kris Boyd, both had far more tackles than him last season. Sullivan also had three interceptions for the Green Bay Packers last season, so he should have easily gotten the nod. For a team that needs as much secondary help as possible, placing Hand as a second-stringer is a strange choice.

Minnesota has used a 4-3 defense for many years, but not anymore. With O’Connell and defensive coordinator Ed Donatell coming in, the Vikings will use a 3-4 scheme in 2022.

A team switching its defensive formation comes with some adjustments. For the Vikings, the depth chart now lists Hunter as an outside linebacker when he previously lined up at defensive end. The other big change for Minnesota is Twyman, a sixth-rounder in 2021, jumping up to a starting role.

Twyman had a very strong final college season for Pittsburgh. He posted 41 total tackles and 10.5 sacks for the Panthers as a redshirt sophomore. The AP and other outlets named Twyman an All-American after the season.

The problem is that season was in 2019, and he hasn’t played since. He opted out of the 2020 college season and did not see the field as an NFL rookie.

Promoting a player with no NFL snaps who hasn’t played in almost three years is a bold decision by O’Connell. However, no one will care if Twyman lives up to the potential he showed in college.