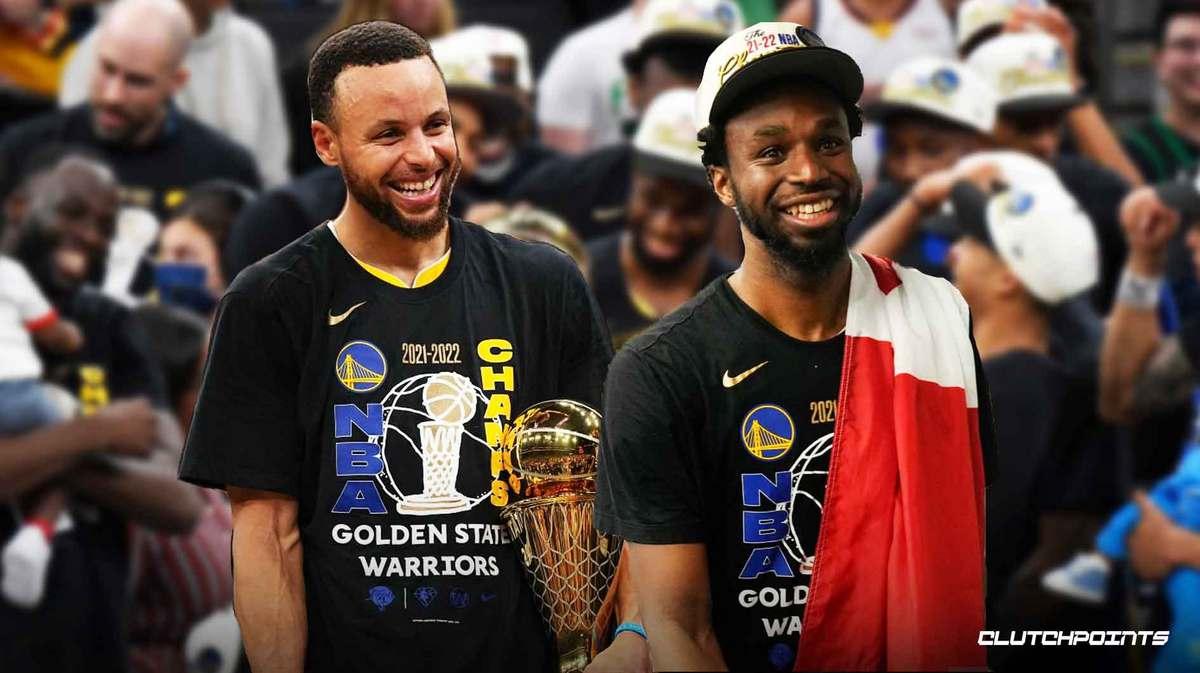 Andrew Wiggins knows the Golden State Warriors couldn’t have won the championship without him.

His suffocating individual defense on Jayson Tatum left the Boston Celtics consistently stuck in the mud offensively. Wiggins’ 8.8 rebounds per game in the NBA Finals not only led the Warriors but afforded Steve Kerr the license to downsize without risk of his team getting killed on the glass. He was Golden State’s preeminent release valve as a spot-up shooter and cutter, too, averaging 18.3 points per game on workable efficiency against a historically great Boston defense.

Just because Wiggins saved the most impactful basketball of his career for the game’s biggest stage, though, hardly means he was more valuable to the Warriors than Stephen Curry—a reality he explained perfectly while celebrating his first title on the TD Garden floor after Game 6.

“I played well, but Steph is Steph. Steph is Steph—that’s one of the GOATs,” Wiggins said. “Well deserved. He put the team on his back. As soon as he steps on the court, there’s four guys guarding him.”

“As soon as [Steph] steps on the court, there’s four guys guarding him."

Even Wiggs knew he didn’t have a chance at Finals MVP 🤣 pic.twitter.com/ca8pz9yf4Y

The drumbeat of support for Wiggins’ Finals MVP candidacy after his stellar Game 5 was never based in good faith. Effective as he was on both sides of the ball throughout the championship series, Wiggins is merely a cog in Golden State’s offensive machine as opposed to the driving force behind it. Even the on-court influence of historical luminaries like Draymond Green and Klay Thompson don’t come close to matching Curry’s.

The first-time Finals MVP put up crazy numbers on the Celtics, averaging 31.2 points, 6.0 rebounds, 5.0 assists and 2.0 steals per game, with a 62.6 true shooting percentage—by far the best high-usage players in the Finals. That unreal blend of production and efficiency should’ve been enough to earn Curry unanimous Finals MVP honors alone.

But what truly separates Curry from literally every other player in league history? The ripples of his mere presence always extend further than his individual stats, no matter how dominant they are.

Boston didn’t quite guard Curry with “four guys” in the Finals. With his team’s back against the wall late in Game 6, though, Ime Udoka dialed up the defensive pressure on Curry to a new level, calling for a switch double after he’d roasted Al Horford off the dribble on the previous possession. But the more bodies Curry sees at the point of attack, the more opportunities Golden State’s array of quick decision-makers and canny passers have to exploit extra space left by a scrambling defense.

The Warriors’ offensive rating in the Finals with Curry on the floor was 115.8, an easy team-high. When he was on the bench, Golden State managed a paltry 88.6 offensive rating, per NBA.com/stats, a difference of 28.4 points per 100 possessions.

The singular offensive impact Curry provides has been obvious for the better part of a decade. It existed in each of his five previous trips to the Finals, too, his notorious lack of individual hardware notwithstanding. Kudos to Wiggins for explaining it simply enough that even naysayers can’t discount Curry’s unique greatness.