It’s been over a month since the old PogChamp was banned from Twitch. It’s time for a new PogChamp.

Last month, Twitch made it clear that there are things it won’t tolerate. However, the ban gave Twitch a massive opportunity to connect with fans. In a live stream event called “The PogChampening,” 35 “PogChampers” appeared as the choices of over 40,000 viewers who voted for the new PogChamp.

Wait, what? What’s happening, you say? Let us explain.

For the uninitiated, this might be so confusing. PogChamp was an emote that Twitch viewers spam on their live streamers’ chats. However, after an unfortunate incident early in January, the old PogChamp was retired from Twitch chats.

However, Twitch won’t be complete without the iconic emote. Hence, the search for its replacement began, which led to the PogChampening. The PogChampening was a live stream full of memes, hosted by none other than Marcus “djWHEAT” Graham.

The PogChampening live stream event happened on February 12, 12 PM PT on Twitch’s official live stream. The whole event is just meant to find out which among the 35 different PogChampers will become the brand-new PogChamp that will grace Twitch chats. Over 40,000 viewers tuned in on the live stream to vote, and it all went down to two finalists: KomodoDragon and Umi no Kaiju. 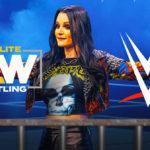 Back on Twitch, Saraya dishes on AEW and WWE Twitch to lower revenue split with its creators 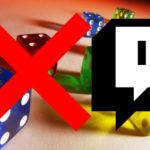 Twitch will be banning gambling streams

The community has spoken!

Let's fire up the PogChamp Machine and activate the new face of Pog. pic.twitter.com/idQ2cNtMiH

In the end, it was KomodoDragon who won the vote. DjWHEAT though, gave his thumb of approval for Umi no Kaiju as the “interview winner” for her performance during the live stream right before the winner was revealed.