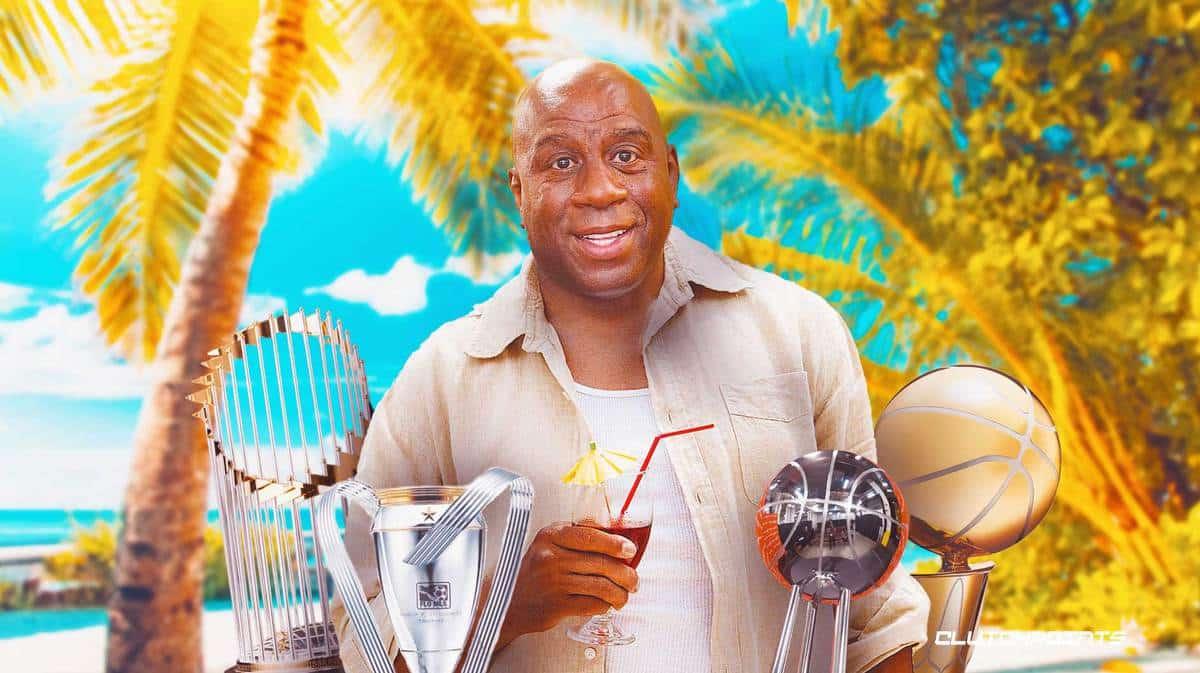 LAFC bagged the MLS Cup title in tremendous fashion on Saturday after some last-minute heroics courtesy of star forward Gareth Bale. Los Angeles Lakers icon Magic Johnson joined the hordes of LAFC fans that celebrated the epic title win. For Johnson, this turned out to be the fourth championship he’s won in four different professional sports.

Magic just had to flex this truly impressive feat via Instagram while posing a legendary question about his next conquest:

Apart from LAFC, Johnson is also a part owner of the Los Angeles Dodgers of the MLB and the Los Angeles Sparks of the WNBA. The Dodgers won the World Series in 2020 while the Sparks last held the trophy in 2016.

As a player, Magic Johnson bagged no less than five championships during his Hall of Fame NBA career with the Lakers. He could have won another one as an executive too in 2020, but unfortunately, he stepped down as the team’s president of basketball operations just one year before LeBron James and Co.’s unforgettable title run in the NBA bubble.

One thing you cannot ignore about Magic’s championship accomplishments is that he achieved them all for one city. His love and loyalty toward Los Angeles are clearly unwavering, and he has literally put his money where his mouth is to prove the same.

As a matter of fact, Johnson recently revealed that he had an opportunity to take part in the ownership group of the Golden State Warriors. Magic said that he just couldn’t do it because of his loyalty to the Lakers. This man clearly has LA in his veins.