It’s only been one game but it’s already been major heartbreak for Argentina after their shocking defeat at the hands of Saudi Arabia to start off their 2022 World Cup. An emotional Lionel Messi was vocal in facing reporters after the match.

The Argentinian captain spoke out with a stern message, touting his side as capable of overcoming their initial setback:

“There are no excuses. We are going to be more united than ever. This team is strong and we’ve shown it in the past. We didn’t expect to start in this way, but things happen for a reason. Now we have to win or win, it depends on us,” said Messi.

With only the top two teams from each group advancing to the round of 16, Argentina has little margin for error remaining as they try and navigate through Group C. They’ll likely need to secure wins against both Poland and Mexico in order to ensure their ticket beyond the group stage.

Lionel Messi: "It's a very hard blow for everyone, we didn't expect to start like this. Things happen for a reason. We have to prepare for what's coming, we have to win and it depends on us." 🇦🇷 pic.twitter.com/T8mWMGKumS

Despite the tougher road ahead, Lionel Messi had a message for Argentina’s supporters going forward. 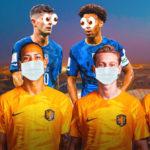 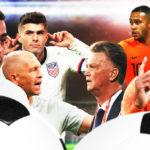 How to watch USMNT vs. Netherlands in World Cup Round of 16 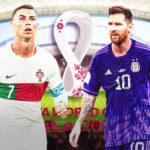 World Cup Bracket: Prediction, odds and pick for Round of 16

“I ask the fans to trust us… this group will not let them down.”

Argentina was seen as one of the favorites to win the 2022 World Cup. Given that it’s going to be Messi’s last, the narrative of him winning it all to cement his GOAT resume was very much alive for football observers everywhere. The loss may be a tough one to swallow for now, but it’s far from over for one of the greatest to ever do it.