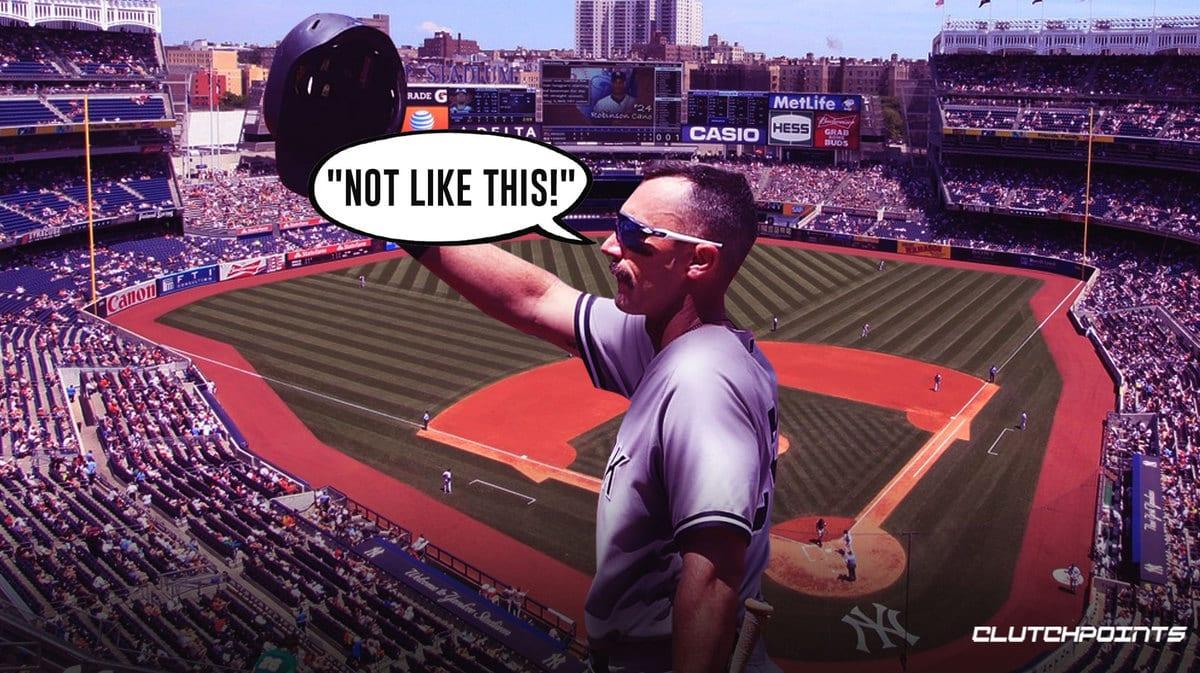 The New York Yankees may have ended their five-game losing skid, but it still feels like they lost. The reason: Matt Carpenter, who suffered what appears to be a broken foot. The injury occurred in the first inning, when a foul ball ricocheted straight to his foot. Carpenter immediately stepped off the mound, clearly in pain.

Afterwards, it was revealed that Matt Carpenter suffered an apparent broken foot. As of the time of writing, the timetable for the return of the Yankees DH is still unknown. If it was up to Carpenter, though… he thinks that his season is not quite over yet. (via Marly Rivera)

“This won’t be the end of me this year.” -Matt Carpenter

Carpenter is optimistic that he’ll be back with the team next month to help them out in the stretch run. Yankees fans are hoping that Carpenter’s energy with his statements will lead to a relatively positive diagnosis.

“I don’t want to say a number because I just don’t know, but I’m holding out hope that it’ll be a situation where I could come back in the middle of September and can contribute towards a stretch run,”

Matt Carpenter has been one of the best feel-good stories in the league prior to his injury. The Yankees picked him up after struggling for a long time with the Texas Rangers’ Triple-A affiliate. The change in scenery, though, allowed Carpenter to blossom. He has been a bona fide stud for the team, posting a monster OPS of 1.138 along with 15 home runs.

The Yankees will severely miss the services of their mustached friend. For now, though, they’ll have to wait for the return of some of their key stars.