‘You remember maybe the failures more than the successes’: Aaron Rodgers gets real on Packers’ playoff disappointments 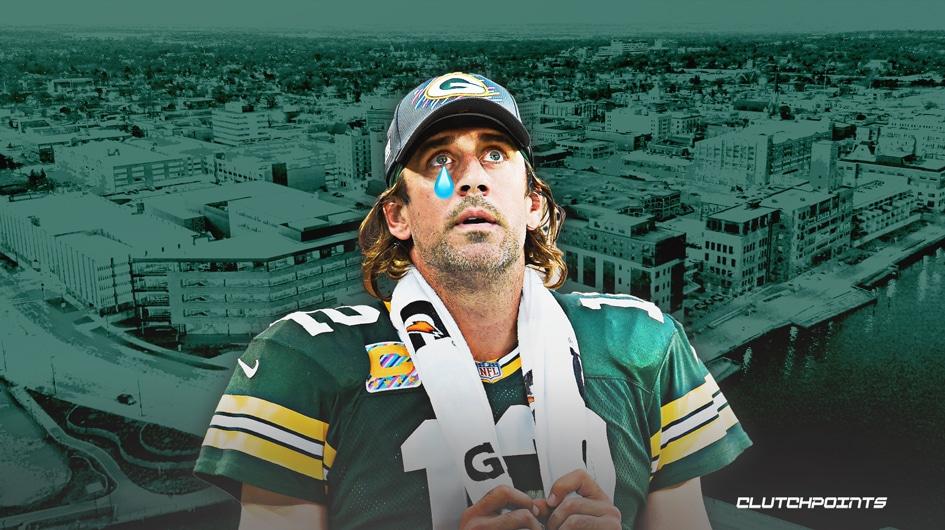 Aaron Rodgers is one of the best quarterbacks not only in his generation but all time. However, there will always be questions surrounding the lack of playoff success for the Green Bay Packers in the franchise’s Aaron Rodgers era. Among them was the Packers’ failure to move past NFC Divisional Round in the 2021 NFL season, where they got were beaten by the San Francisco 49ers at Lambeau Field, no less.

Peter King’s Football Morning in America asked Aaron Rodgers about his decision to throw at wide receiver Davante Adams instead of Allen Lazard, who was much more open downfield during a crucial portion of the San Francisco game, and the Packers’ signal-caller came up with a reflective response.

“Of course,” Aaron Rodgers said. “You think about all those plays from all the years. Never goes away. Doesn’t mean that you dwell on them or you can’t get past them. You’re a competitor, you remember maybe the failures more than the successes. I think that’s just a part of loving to compete and hating to lose maybe more than you love to win. Doesn’t mean we’re gonna get stuck on it. The finality of this league is so difficult because of how fast it comes on. You lose a game, the next day’s a meeting and that’s the last time that group will ever be together. People are always like, ‘Super Bowl hangover’ or ‘playoff loss hangover,’ but I’ve never believed that because it’s a different team every single year.

The Packers are perennial Super Bowl contenders, but it shouldn’t stop there for the team, considering that they have Aaron Rodgers under center. They have made the playoffs in all but two of the last 13 seasons, and only once during that stretch have they advanced to the Super Bowl. Prior to their aforementioned loss to the 49ers, the Packers lost two times in a row in the NFC title game.

Aaron Rodgers is coming off another individually great season, as he amassed 4,115 passing yards and 37 touchdowns against just four interceptions in 2021. Expect all eyes on Aaron Rodgers again in 2022, as he looks to lead the Packers back to the top of the NFL.

Eagles’ Jalen Hurts, Philly can breathe sigh of relief on AJ Brown for Week 12 vs. Packers