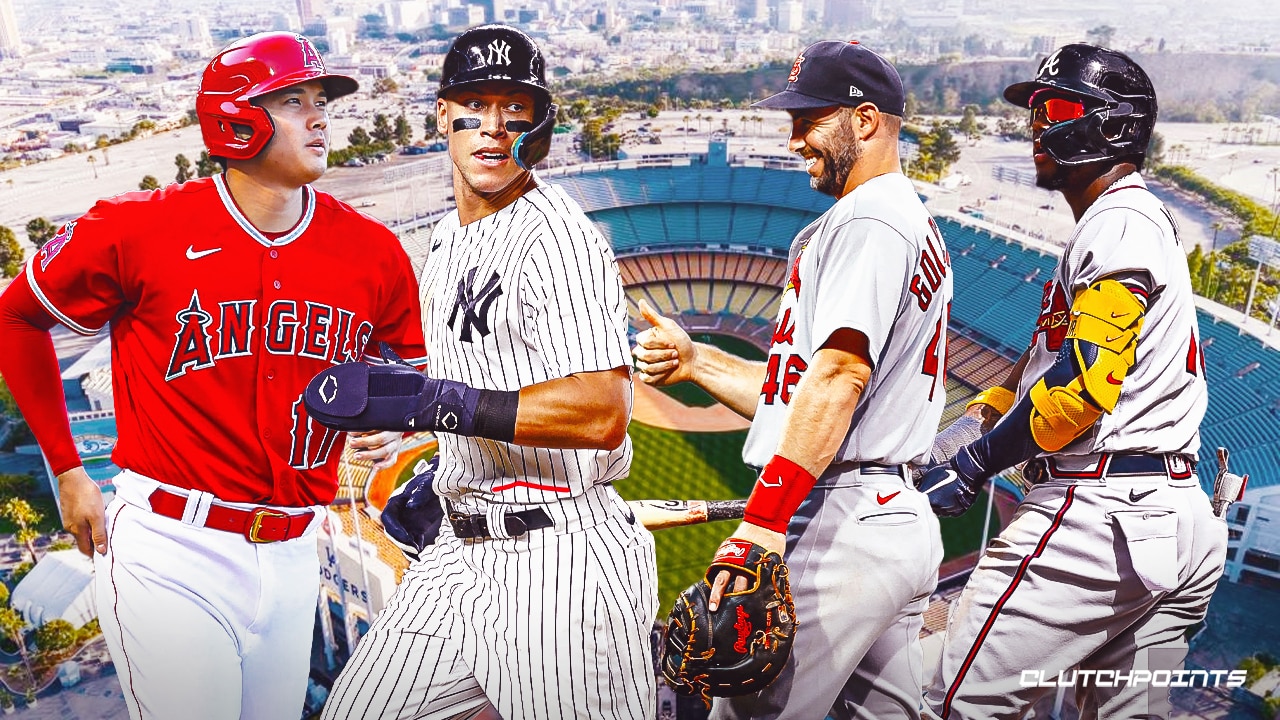 The Midsummer Classic will be front and center of the sports universe on Tuesday as the 2022 MLB All-Star Game will take place in the City of Angels! With the amount of star power geared up to go to battle out on the diamond, there are a plethora of names that could bring home the MVP hardware. It is time to check out our MLB odds series, where our MLB All-Star MVP prediction and pick will be revealed.

During the 2021 MLB All-Star Game that was held at Coors Field in Denver, it was the American League that bested the National League in the thin air of Colorado by a score of 5-2. In the showcase, it was Vladimir Guerrero Jr. that brought home the Most Valuable Player Award. With a slew of slugging superstars from the past and future-ready to put on a show, who has the best odds to etch their name in the All-Star Game history books tonight?

Why Shohei Ohtani Could Win MVP

There hasn’t been a player of Ohtani’s skillset since the Great Bambino was doing his thing striking out batter after batter and crushing baseballs into the night nearly 100 years ago. Fast forward to today’s brand of baseball and Angels’ two-way superstar Shohei Ohtani is accomplishing things that haven’t been seen in quite some time. At the halfway point of the season, Ohtani is slashing .258 with 19 home runs and 56 RBIs. Although he is not acting as the starting pitcher for the American League, Ohtani should serve as a dangerous bat in the middle of the AL lineup. In fact, with one swing of the bat, the Japanese megastar could change the tide of the game and possibly win MVP honors in the process.

Why Aaron Judge Could Win MVP

All rise for the Judge! After mashing an absurd 33 home runs during the first half of the MLB season, the colossal Yankees slugger is on pace for a career year. Not to mention, but the MLB leader in round-trippers could very well reach the 60 home run mark before it is all said and done.

All in all, Judge has the type of power and overall craftsmanship from the plate that few players possess. Like Ohtani, Judge should also be placed in the heart of the lineup by American League manager Dusty Baker. Already the favorite to win AL MVP up to this point, Judge enters the All-Star festivities in Los Angeles with the second-highest odds to win the exhibition’s MVP award. The massive right-handed beast has a tremendous chance to be the first player since Vladimir Guerrero Jr. in 2021 to win both the AL regular season and All-Star MVP awards.

Why Mookie Betts Could Win MVP

Next, it makes sense that the local man repping Dodger blue enters the Midsummer Classic with the third-highest odds to be the game’s most valuable player, and with good reason. A true baseball unicorn that is one of the few five-tool players that the sport of baseball has to offer in the game today, Betts will serve as the hometown hero at Chavez Ravine on Tuesday. Through the Dodgers’ first half of the season, Betts has carried his squad to a 60-30 record in 90 games and is currently hitting .265 with 20 home runs and 47 RBIs.

Whether he steps into the batter’s box as LA’s leadoff man or right smack dab in the middle, Dodgers fans can usually always count on the once-in-a-lifetime type player in Betts to always add at least a couple of hits to the box score by the conclusion of each game he suits up for. It isn’t a bad idea whatsoever for bettors to throw a few dollars on Betts to take home MVP honors to the City of Stars.

Why Paul Goldschmidt Could Could Win MVP

Another player who endured a career-type first half of the year, Goldy has been one of the more feared hitters in baseball for more than a few years now. At one point, the former Arizona Diamondback was on such a torrid stretch that locals within the St. Louis area thought about calling the fire department in order to cool him down. Now at the halfway mark of the baseball campaign, the Cardinals’ first-baseman could win the MVP solely based on his current season statistics.

Ranked third in the majors with a .330 batting average, 14th in home runs with 20, and tied for third in runs-batted-in with 70 total, winning the National League Triple Crown in 2022 wouldn’t be the craziest thing in the world to happen. Despite having the lowest odds to win Most Valuable Player, Goldschmidt’s red-hot bat to go along with his incredible glove at first could end up seeing the 34-year-old veteran securing the illustrious hardware.

Ladies and gentlemen of the jury, court is now in session. The best player during the first half of the season will bring home the MVP trophy back east to the Bronx when the dust settles at Dodger Stadium.