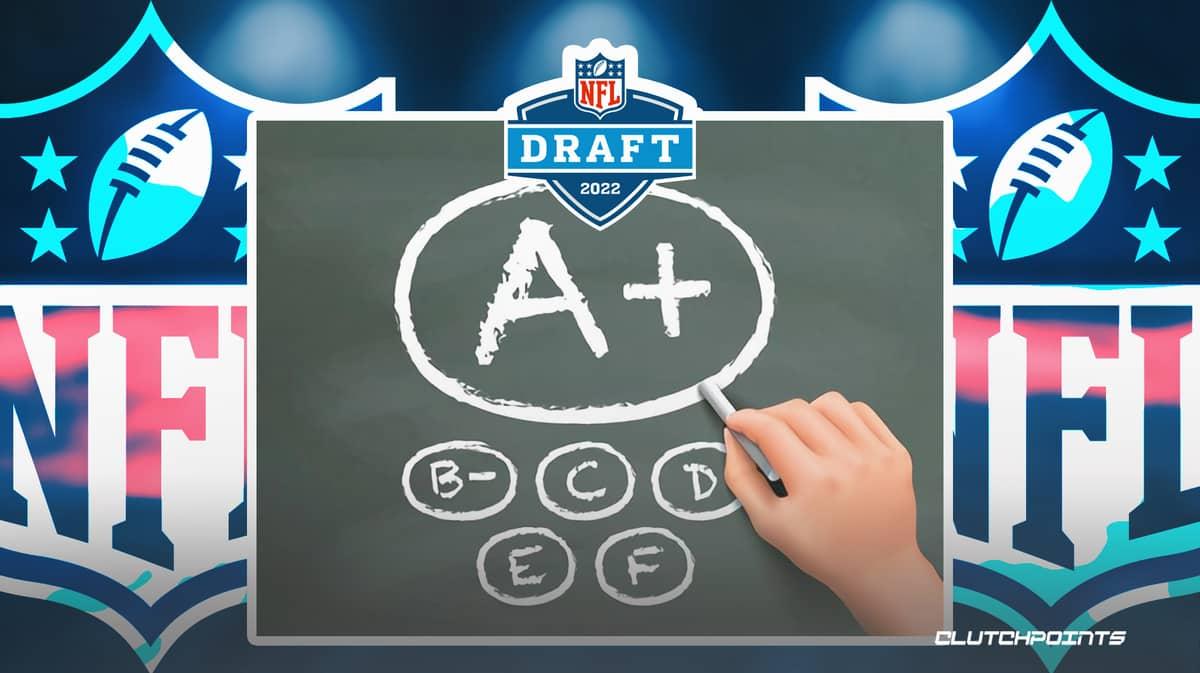 The first round of the 2022 NFL Draft was a wild, roller coaster ride of trades, surprises and heartfelt moments. Day one of the draft featured a blockbuster trade between the Philadelphia Eagles and Tennessee Titans, another deal between the Baltimore Ravens and Arizona Cardinals, and surprises galore from the first 10 picks to the final 10. There were those perceived as winners, such as the New York Giants and Ravens, as well as those who made some puzzling selections, such as the New England Patriots and Green Bay Packers. But how did each team really do?

That’s what we’ll determine here, as it’s time to release our NFL draft grades for every pick in the first round. Here we go!

For insight on the biggest winners and losers from the 1st round of the 2022 NFL Draft, listen below:

NFL Draft Grades For Every First Round Pick

Walker is no sure thing, as his college numbers leave a bit to be desired as a result of Georgia’s rotational defensive line, though he certainly has the upside to be the best defensive end in the draft, given his incredible athleticism and versatility.

While perhaps not the athlete that Walker is, Hutchinson might be the most pro-ready end in the draft, giving the Lions the impact performer they needed to help jump start a defense that picked up the third-fewest sacks in the NFL in 2021.

Stingley was the best corner in the nation and a surefire top-five pick after his strong freshman season in 2019. While it would have been nice to see the Texans address their pass rush, there’s no denying that Stingley has future Pro Bowler written all over him if he can stay healthy.

Sauce Gardner is the flavor that the Jets defense needed, as the 6-foot 3-inch corner didn’t allow a single catch in the red zone and just 117 total yards in 2021 thanks to his combination of height, agility and acceleration.

While it was surprising to see the Giants pass on Ikem Ekwonu, they weren’t going to let Thibodeaux, a former projected top overall pick, fall any further. Thibodeaux’s speed and power helped him secure the nation’s third-best pressure rate- and he’ll give New York a strong 1-2 punch with Azeez Ojulari on the outside.

Torn between a quarterback and cornerstone tackle, the Panthers chose the latter. Ekwonu’s mean streak and “controlled aggression” should rub off on a Panthers line that has lacked those traits in recent years.

After addressing the pass rush, New York upgraded on the offensive trenches with Neal, a mammoth of a man with a bevy of experience against the SEC’s best. Neal will be a book-end tackle alongside Andrew Thomas for years to come.

London is a physical receiver who was one of the best in the nation at contested catches. He should form a strong 1-2 punch with Calvin Ridley- when he returns from suspension- though it was curious to see Atlanta pass on the more polished Garrett Wilson.

Go figure. The Seahawks finally address the offensive line now that Russell Wilson is gone. No matter, Seattle gets themselves a strong pass-blocker who is one of the more impressive prospects of the last several years.

In a pass-heavy league, the Jets got two cornerstones in Sauce Gardner and Garrett Wilson, who is the best all-around wideout in the draft. Wilson has very few weaknesses to his game, giving Zach Wilson his new number-one receiver.

The Saints gave up a lot- picks, no. 16, 98 and 120- to trade up for the right to take Olave. His speed and crisp route running should complement incumbent Michael Thomas perfectly, but was the juice worth the squeeze?

The Lions traded all the way up from pick no. 32 to nab Williams, who is on the fast track to getting healthy. He looked like the best wideout in the nation all year. If he gets- and stays- healthy, this first-round pick is going to age very well.

Howie Roseman dealt a fair amount to get Davis in the first round but the man is an absolute load on the defensive line. The Eagles found their successor to Fletcher Cox. Davis and Javon Hargrave in the middle is a nightmare for offensive lines.

The best safety in the draft, a consensus top-10 pick, fell all the way to Baltimore, who gladly scooped him up. Hamilton is a chess piece on defense- and he and Marcus Williams will give the Ravens a formidable secondary.

Make no mistake, Green is a polished guard who will have no trouble translating to the NFL physically. While perhaps a bit early to select Green here, his versatility will ensure he starts on day one for Houston.

The Commanders needed a receiver- and Dotson is a speedy playmaker who will make an impact- though Washington already had a chance at Jameson Williams or safety Kyle Hamilton at pick no. 11, trading away the chance at two higher ceiling prospects.

A three-year starter at Boston College, Johnson can play both guard and tackle but figures to solidify the middle of the Chargers’ line.

Burks, who is a menace after the catch, was the “consolation prize” for trading AJ Brown.

The Saints lost longtime tackle Terron Armstead in free agency and immediately found his replacement in Penning, who is a physical, sturdy pass protector.

The Steelers opted for the more pro-ready 2022 NFL Draft option, Pickett rather than the risky upside play in Malik Willis. QB competition in Pittsburgh?

The Chiefs made up for the departure of Charvarius Ward, taking advantage of the cornerback depth in the draft to nab McDuffie, whose solid technique should make him a reliable starter from day one.

The Packers, seemingly set at the linebacker spot with De’Vondre Campbell, picked a solid ‘backer in Walker, though there were better options- and positions- to take here.

Elam, who forced the second-most incompletions since 2020 against tough SEC competition, is a strong add to a secondary that features Tre’Davious White, Micah Hyde and Jordan Poyer. 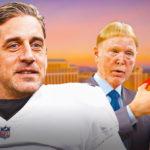 Smith is a work in progress, though the hope here is that a strong Cowboys offensive line helps him to develop more quickly.

Linderbaum is about as perfect a fit for the run-first Ravens as you’ll see in the draft: a strong, fast mauler who can win at the line of scrimmage and downfield.

The Jets’ strong haul continues, as they address one of the league’s worst pass rushes with Johnson, who should make an immediate impact.

Lloyd is as versatile as they come, excelling as both a blitzer and in coverage, which will make up for the loss of Myles Jack.

The Packers, surprisingly eschewing receiver in the NFL Draft’s first round once again, addressed the line with Wyatt, who should develop into a solid starter.

The Patriots are getting lambasted for this pick, as Strange was a middle-round selection, though betting against Bill Belichick hasn’t aged well historically.

The Chiefs needed to address the pass rush- and Karlaftis will be a nice addition to their rotation of rushers, with the potential to be a solid starter down the road.

Hill’s strong coverage skills will help to improve a pass defense that allowed the seventh-most yards per game last year and was torched by the Rams in the Super Bowl.

Cine, who was the leading tackler of Georgia’s best defense in the nation, adds some punch to the back end of the Lions defense.