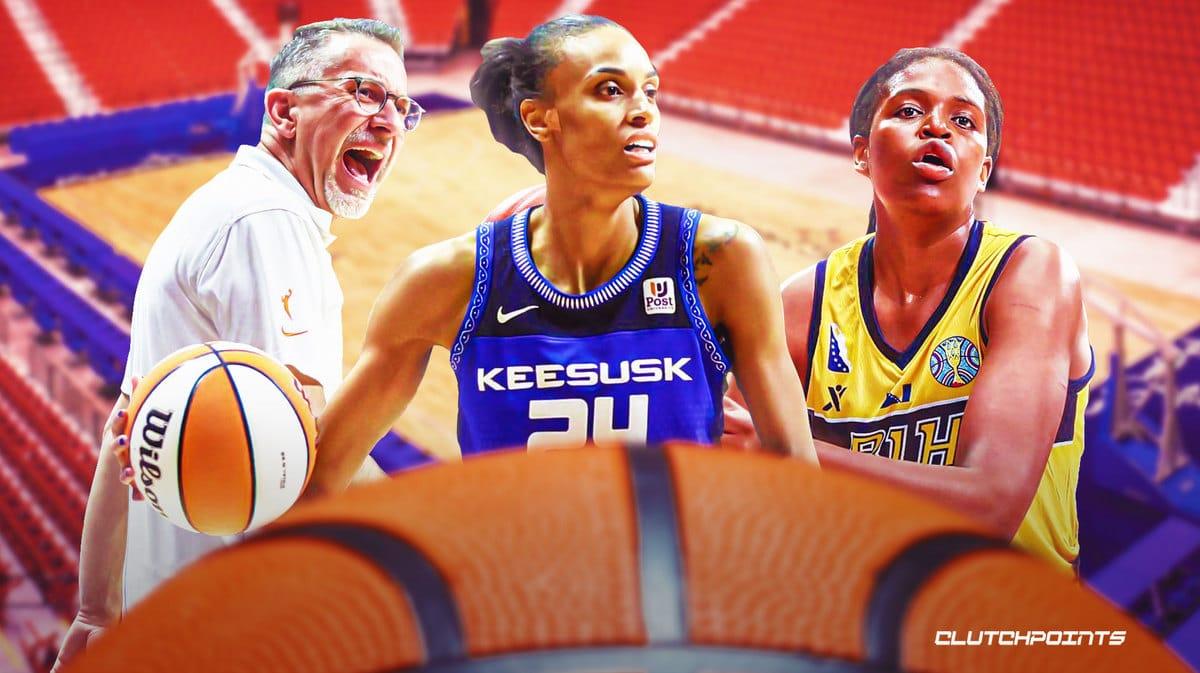 Connecticut Sun head coach/general manager Curt Miller knows how fast championship windows can close. It’s one of the reasons why last season was pivotal for the franchise that saw its chance at winning a WNBA title fall to the wayside after the Las Vegas Aces took care of them in four games.

Heading into this offseason, the Sun find themselves with five roster spots to fill as key pieces of their rotation are now off the books in 2023. How Miller and the rest of the front office manage the challenges ahead will determine if Connecticut is capable of making it back to the Finals.

Will the Sun try to bring back all of their front court pieces?

The Sun were able to bruise their way to the Finals last year by playing what Miller described as “messy” basketball. The change of defensive identity in the second half of the season worked to a large degree, as Connecticut had the best net rating in the WNBA following the all-star game. Their physical style of play threw off the Chicago Sky in last year’s Semi-Finals, which eventually helped the Sun upset the reigning champs.

Despite getting to the Finals, the Sun’s offense looked disjointed at times last year. The size of the starting lineup impacted the team’s spacing and it struggled taking care of the ball without starting guard Jasmine Thomas, who tore her ACL after five games. Even with Thomas back in the fold next season, the overlap in front court talent between Brionna Jones, Jonquel Jones, Alyssa Thomas and DeWanna Bonner will challenge them as they try to improve in other areas of their roster.

All eyes will be on Brionna Jones, who won Sixth Woman of the Year and was an all-star last season. Jones, who is now a free agent, was third the WNBA in win shares last season and scored 1.230 points per possession as a roller. She will certainly have a market for her services when free agency opens up. If her price tag gets too high, Connecticut could sit comfortably with all-stars Jonquel Jones, Thomas and Bonner already signed through 2023. Adding more spacing and playmaking around 2021 MVP Jonquel Jones, who often times was underutilized in the Sun’s offense without a true playmaker last year, seems logical. Whatever Connecticut ends up doing, they will have to figure if they believe adding Thomas back into the equation is enough for them to get over the hump or if recalibrating with a roster without their dominant sixth woman off the bench in Brionna Jones will get them going in the right direction.

What improvements can be made to the backcourt?

The loss of Thomas at the onset of the season dramatically impacted the Sun’s offense. With her on the floor in 2020 and 2021, Connecticut had a 104.2 offensive rating. That slipped to 99.5 when Thomas took a seat on the bench. Assuming she is back to playing the way Sun fans have grown accustomed to, Connecticut will return to having a reliable playmaker in the starting lineup.

While Thomas’ return will elevate the offense, the Sun still have to figure out who comes in behind her when she needs rest. Despite her low efficiency shooting in the regular season, Courtney Williams proved late in the playoffs she can be a spark plug off the bench. However, she isn’t the playmaker Connecticut needs behind Thomas. Restricted free agent Natisha Heideman has improved every year since she’s been in the league and could command a contract higher than the veteran minimum she played on last season. She is a restricted free agent but every player has the chip of threatening to not play in the summer if they deem the contract they received is too low. Second-year guard Nia Clouden showed flashes last season she could be the missing piece to the Sun backcourt in 2023 but the team stashed her on the roster, opting to play veteran Odyssey Sims over her.

Depending if they let Brionna Jones walk in free agency, the Sun could try to pry guard Allisha Gray from Dallas, who Khristina Williams of Girls Talk Sports TV reported would likely be traded this offseason. On a team with Arike Ogunbowale on it, Gray was the Wings’ best guard last season and has the ability to create for others while generating offense off the dribble. Her three-point shooting (40.8 3P% on 4.8 attempts in 2022) would benefit a Connecticut team that shot the second-fewest three-point attempts last year. Gray has one year left on her deal with Dallas. 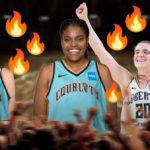 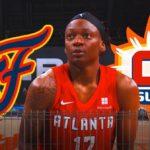 Rumor: Erica Wheeler to meet with Fever, Sun in Europe amid free agency 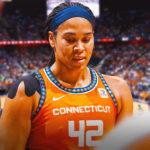 What area of need should the front office target in the draft?

Connecticut owns the No. 10 pick in the 2023 draft and it should look no further than improving its wing depth. DeWanna Bonner, who is 35 years old, is signed for one more season and, outside of Dijonai Carrington, the Sun don’t have an obvious replacement for her.

Carrington showed last postseason she is ready for more minutes and any rookie that comes in could benefit from taking a year to adjust to the speed at the WNBA level. One wing who would fit comfortably in their system is Indiana’s Grace Berger. If the Hoosier standout drops outside of the lottery, Connecticut could benefit from her ability to do a little bit of everything. She averaged 16.1 PPG, 6.2 RPG and 4.7 APG last season and displayed she can be highly efficient on a loaded team like Indiana.

If Berger doesn’t make it to No. 10, the Sun should give themselves some flexibility at the wing as they prepare for a possible future without Bonner.